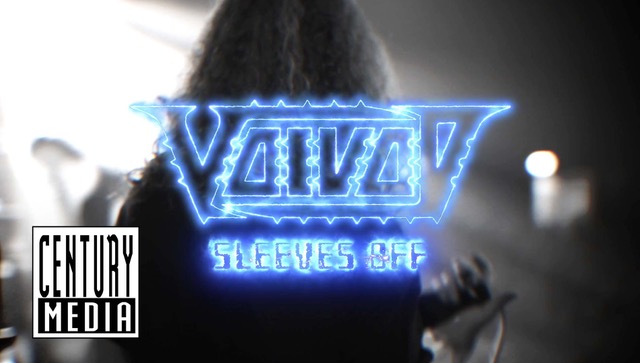 VOIVOD vocalist and lyricist Denis “Snake” Bélanger checked in with the following comment about the track/video: “Here’s a cool clip from our friend Felipe Belalcazar. It’s a mixture of animation and live footage. The animation in the clip goes backwards, maybe in reference about the past when I had to make big decisions, as a teenager. Some were good, some were bad, but one thing for sure, I didn’t want to be cast in a mold to fit perfectly in the conformity of the world. I wanted to be me, show everyone who I was, do things on my own, and be creative. And when I met the boys, I found the place where I wanted to be. The live footage shows that I was right, as we are still going after so long. Enjoy!“

And Bélanger also added the following comment about today’s launch of Synchro Anarchy: “Here it is folks. So proud to present this album to you. It is one of a kind, a very unique and distinctive album. It was made with all the passion we have for music under particular conditions. Driven by a nuclear brainstorm between the 4 of us in a state of emergency. Written, recorded, and delivered, and not necessarily in that order, we managed to do it all in a few months. We hope you will enjoy the album. We can’t wait to see you all of you, our fans out there on our upcoming tours. We’ve been missing you!” 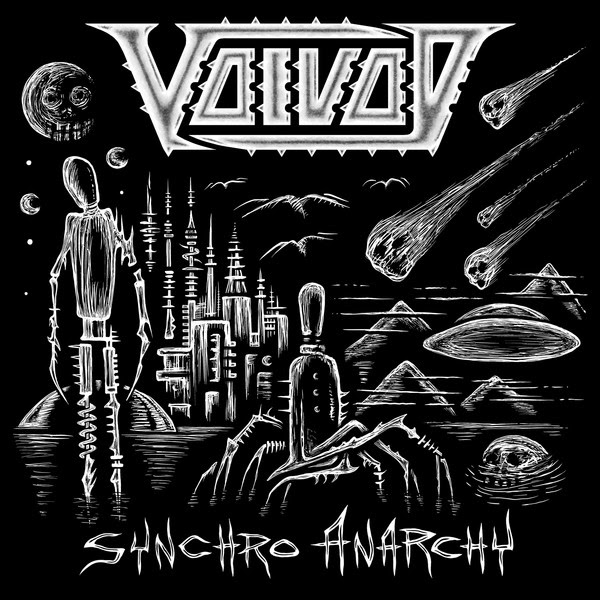 Synchro Anarchy was recorded and mixed by Francis Perron at RadicArt Studio in Québec, Canada and mastered by Maor Appelbaum at Maor Appelbaum Mastering in California, U.S.A and produced by VOIVOD. The album features cover artwork by VOIVOD’s Michel “Away” Langevin and includes the following track-listing:

Next to the Jewelcase CD, LP and Digital Album formats, Synchro Anarchy is also available in a Deluxe edition as Ltd. 2CD Mediabook and as Digital Album (2CD), containing the special Return To Morgöth – Live 2018 bonus disc, which features a full live-show recording of VOIVOD’s 35th Anniversary hometown appearance at the Festival Jonquière En Musique from June 29th, 2018. The show was recorded and mixed by Francis Perron, mastered by Yannick St-Amand and features the following track-listing:

The LP format of Synchro Anarchy comes on 180g vinyl with an A2 poster and is available in the following variants/limitations:

Closing in on 40 eventful years of existence, VOIVOD now return with their 15th (!) studio album, reaffirming to be one of the most fervently creative bands in the Universe. Synchro Anarchy follows 2018’s highly praised and Juno Award winning The Wake album as well as 2020’s stellar Lost Machine – Live release. 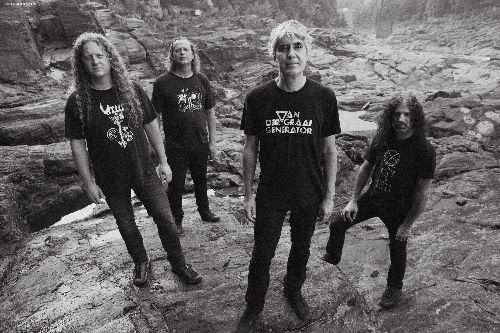