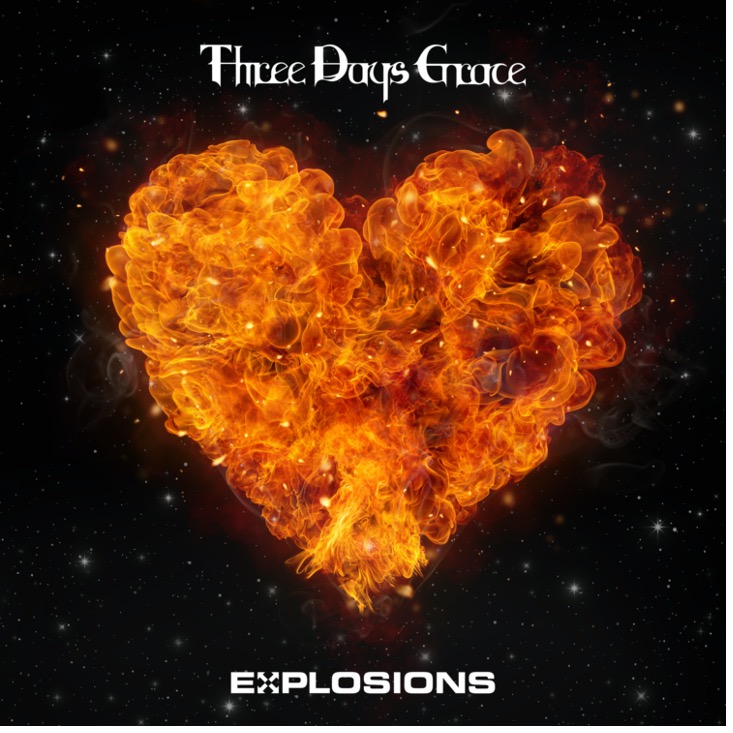 Three Days Grace‘s most recent album is the Juno Award-nominated Outsider (RCA Records). The band scored their 15th #1 single on U.S. Billboard’s Mainstream Rock Songs Chart with the album’s song “Right Left Wrong.” The band also recently shared their cover of Gotye’s “Somebody That I Used To Know.”   Today, Three Days Grace, the internationally acclaimed and multi-platinum certified Canadian band confirm that their new seventh studio album, ‘EXPLOSIONS‘, will be released on May 6th via RCA Records. ‘EXPLOSIONS‘ is available for pre-order on all formats here.

The band today also share their new single, “So Called Life.” The song is the first new original music from the band since their Juno Award-nominated Outsider (RCA Records), and Matt Walst of the band shares, “in these crazy & divided times, everyone needs something to take the edge off.” The new song is accompanied by a music video directed by Jon Vulpine, who reveals: “I wanted to make this video really raw and stripped down. Something high energy with extreme angles and fast movements. A bunch of old analog gear in this 70’s apartment that looked like some hoarder died in it 20 years ago and the guys just came in and recorded. I didn’t want to go for a clean and super polished look so Justin Jones, my DP suggested these rehoused 1960’s Japanese lenses for a grittier more contrasty feel. That along with different lens distortions and attachments just added to the diversity of shots.” Listen to “So Called Life” here and watch the music video here. 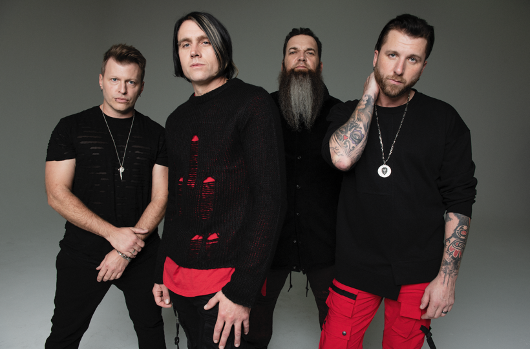 Since 2003, the band has staked a spot amongst the hard rock vanguard, breaking records, toppling charts, moving millions of units worldwide In 2015, Human marked the group’s second straight #1 slot on the Billboard Top Hard Rock Albums Chart as well as their fourth consecutive debut in Top 20 of the Top 200. It spawned two #1 singles “Painkiller” and “I Am Machine,” signalling their 13th overall and 5th consecutive number ones on the U.S. Active Rock Radio chart. Moreover, the four-piece consistently averaged a staggering 3.9 million monthly listeners on Spotify—remaining one of the most listened to rock bands in the world. In 2012, Transit of Venus soared to the Top 5 of the Top 200 and garnered a nod for “Best Rock Album of the Year” at the Juno Awards. The seminal One-X [2006] notched an RIAA triple-platinum certification as Three Days Grace [2003] was minted platinum and Life Starts Now went gold. To date, their veritable arsenal of number one includes “Chalk Outline,” “The High Road,” “Misery Loves My Company,” “World So Cold,” “Good Life,” “Break,” “Never Too Late,” “Animal I Have Become,” “Pain,” “Just Like You,” and “Home.”
ANNOUNCE HUGE US TOUR DATES IN APRIL/MAY 2022 W/SUPPORT FROM BLACK VEIL BRIDES, MOTIONLESS IN WHITE, ICE NINE KILLS & LILITH CZAR 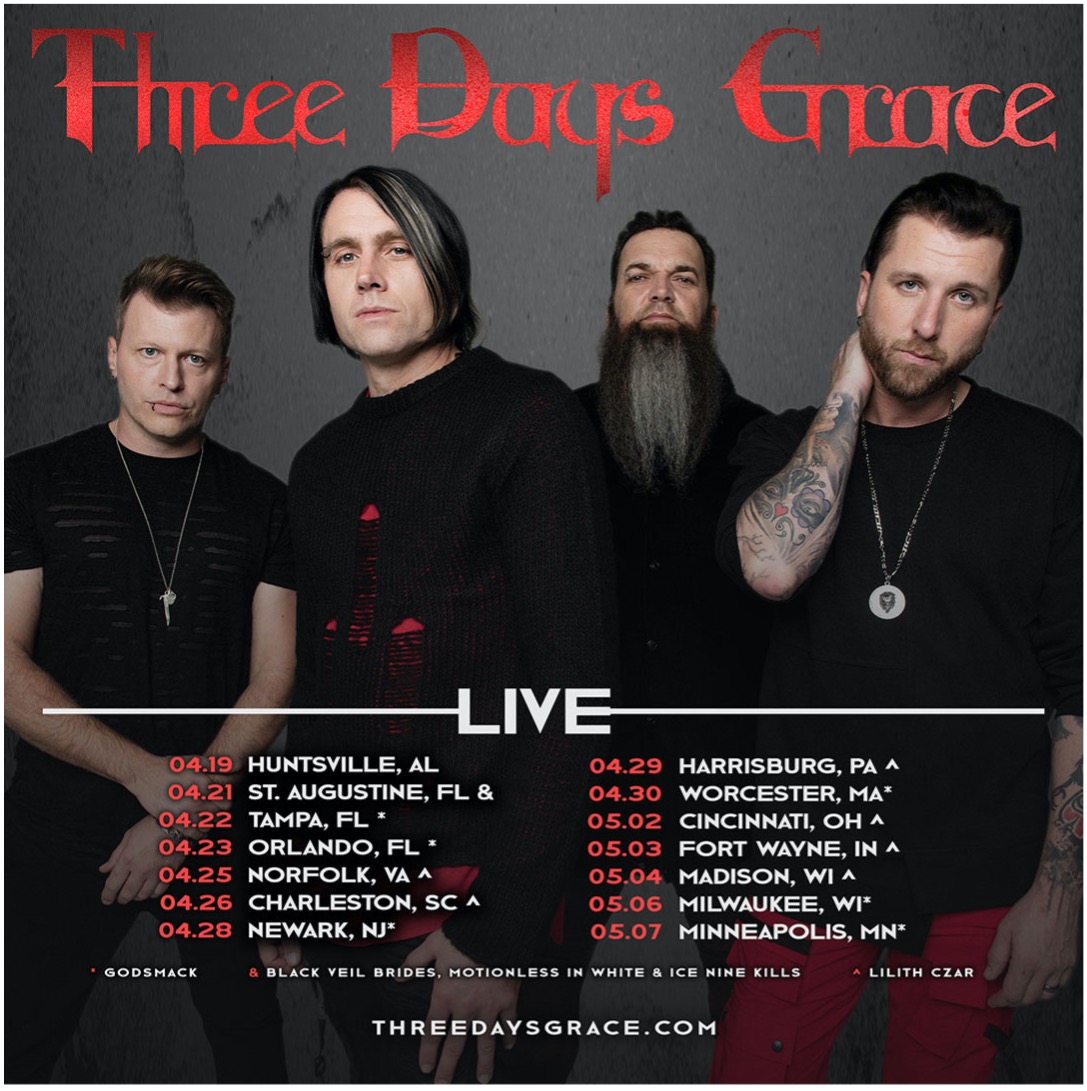