Check it out here: https://youtu.be/qLCX-kzjyiw

BORSTAL are set to release their much-anticipated debut EP titled “At Her Majesty’s Pleasure” via 4Family Records on April 1st.

The EP was recorded, mixed and mastered at Monolith Studios by Charlie “Squid Commander” Wilson in Tottenham (September 2020). The EP also features a cover version of The Last Resort’s “King Of The Jungle”, featuring a guest appearance by non-other than Brit Oi legend, Mr Arthur Kitchener, father of Lee Kitchener (BORSTAL guitarist).

Along with the release of “Vicious Circles”, Borstal also reveal the cover artwork for “At Her Majesty’s Pleasure” created by Gary Ronaldson from Bite Radius Designs. 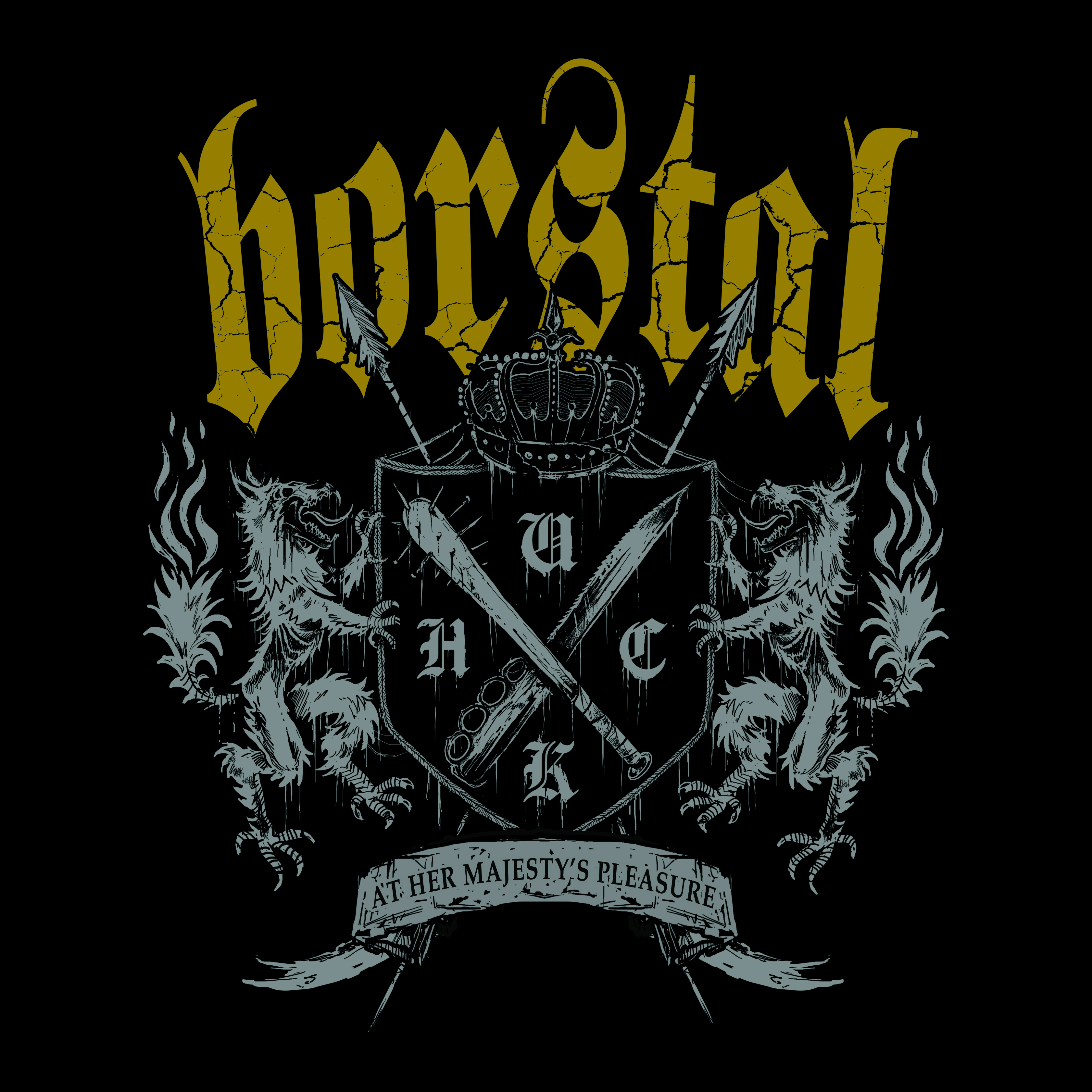 Originally conceived in late 2019 by Barker and his long time friends Wez4 and Lee Kitchener of Dripback, the three brought in Pierre Mendivil (Knuckledust/Bun Dem Out) to the fold, and with the addition of second guitarist Jamie Hunter (Mordhau/King Of Pigs) in April 2020 the line up was complete.

Bringing together an uncompromising blend of punishing NYHC-meets-U.K. HC/Punk/Oi, and adding a little Spanish flavour lyrically here and there into the mix (paying homage to Pierre’s Peruvian roots) the result is an irresistible short sharp shock of all the best elements of hardcore spread across the six tracks.

Barker comments:
“I’ve wanted to do a NYHC style band for a few years but nothing ever came to fruition sadly, until one day I happened to mention it to Wez and Lee (Dripback) who totally jumped on the idea with overwhelming enthusiasm, immediately suggesting Pierre from Knuckledust!

“My love of HC/Punk stems way back to my early teens in the mid-80’s when I discovered this style of music from the thrash bands I listened to at the time. Reading the Thanks lists on so many vinyl inner sleeves discovering all these new bands and music I’d never heard of before… It changed my life forever!

“Coming from a Black/Death Metal background this is something new for me and I’m excited to share it with the world.”

Pierre:
“During the peak of lockdown in UK Lee and Wez mentioned to me they were starting a new band and asked if I’d be interested in singing with them. As my other bands we’re not in the position to start writing new music and I needed an outlet for the frustration I felt from dealing with working on the frontline during this pandemic, it didn’t take much to get me onboard.

“I’ve worked with Lee and Wez in the past on Dripback tracks and know they live for this, so I feel very honoured to be involved in a band with them and after meeting Nick and Jamie, Borstal instantly feels like family.”

The full tracklisting for “At Her Majesty’s Pleasure” is:

1.Refuse To Lose
2.Karma
3.We Stand As One
4.Vicious Circles
5.Worm Food
6.King Of The Jungle

Pre-orders for EP are available from www.4familyrecords.com and feature limited edition vinyl pressings, along with merch and pre-order bundles.