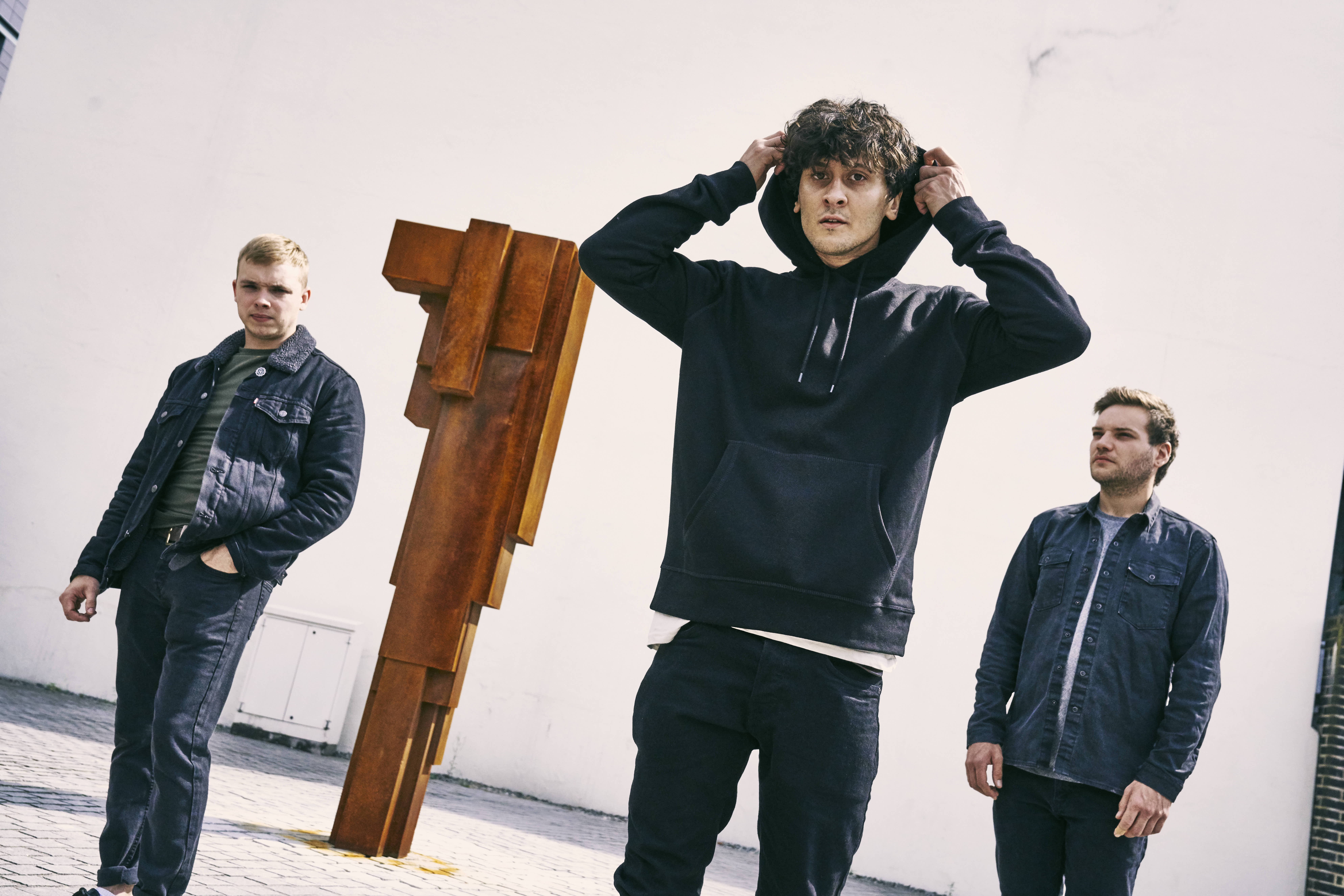 As they prepare to unleash their new album “Here’s To The Fatigue” on 17th November 2017, British alt-rock trio PRESS TO MECO have released a new video for the album’s title-track.

Check out the video for the new single here: https://youtu.be/d-pmGdsb8NQ

Lewis Williams (drums/vocals) comments on the song: “Here’s To The Fatigue is about the inability to try and face your problems directly. It talks about finding comfort and trying to let go, through the use of substances and other distractions… before the problems come spilling out uncontrollably. The musical ideas were some of the first written for this album and the lyrics were written outside on a summer’s day, with a laptop, a bottle of rum and the sun beating down.”

The band are also excited to announce that they will be heading out on a full UK headline tour this Winter in support of the new album.

“We can’t wait to get out touring again,” Lewis continues. “This album was written to be played live, it’s why the recording has such live feel to it. We constantly thought about how the songs would come across in a gig environment and tried to make it as engaging and enjoyable for the audience.” 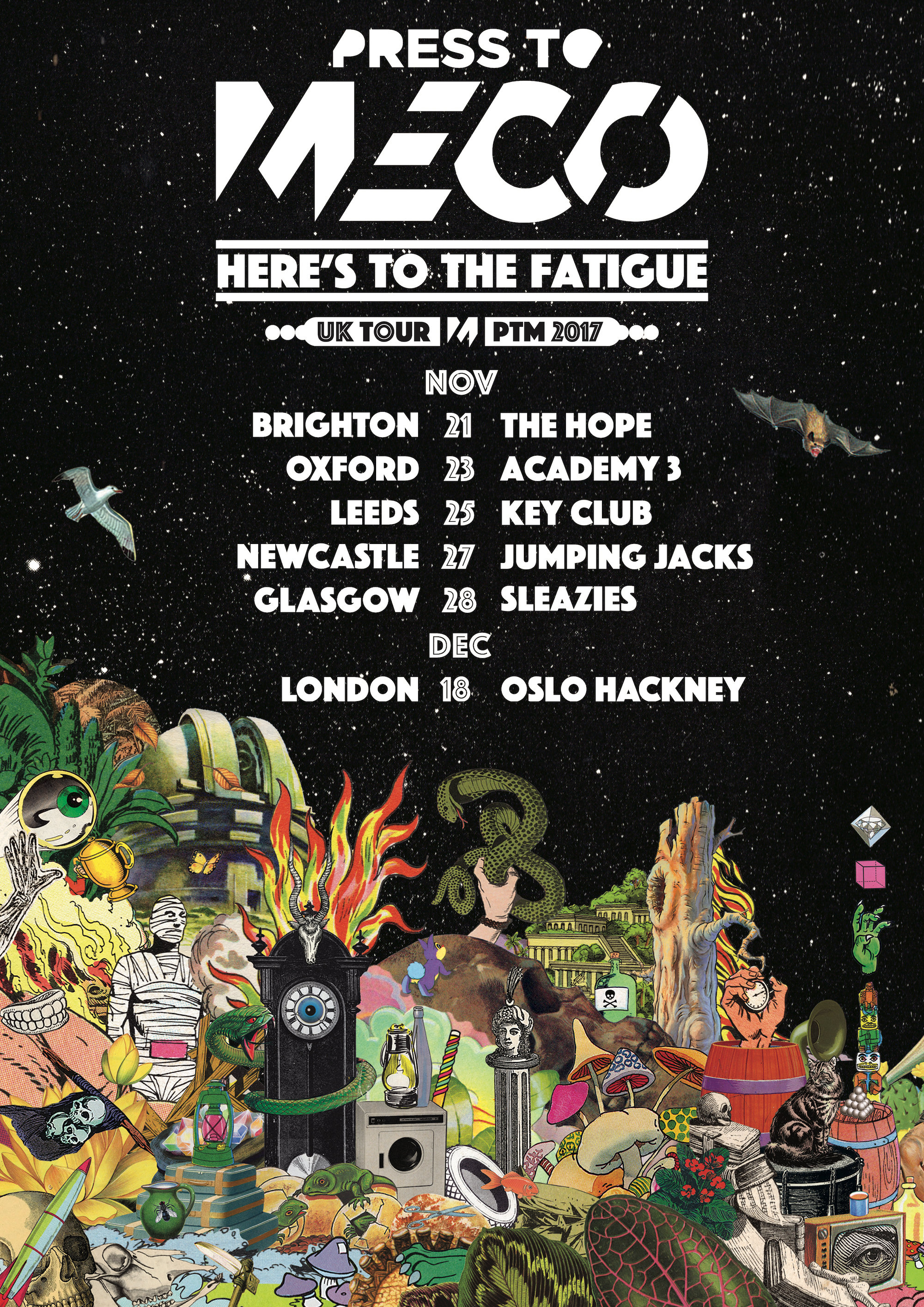 You can check out the artwork and track listing for Press To MECO’s new album “Here’s To The Fatigue” below: 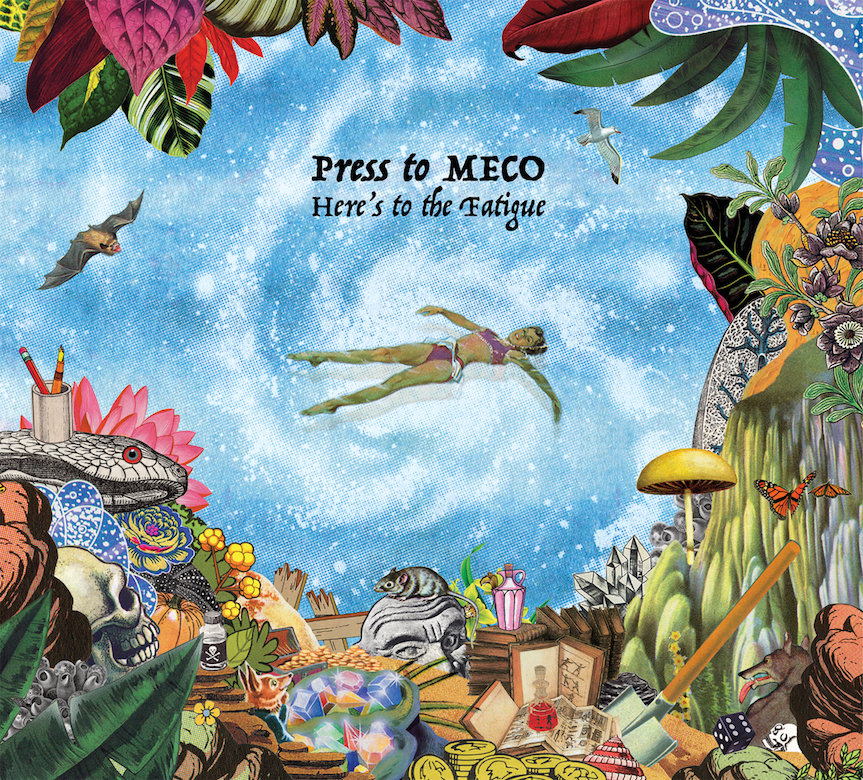 There is no question that 2016 was a pivotal year for Press To MECO, building on their unconventional take on riffs, pop hooks and 3-part vocal harmonies that have become a trade mark.

Yes, bands such as The Dillinger Escape Plan, Reuben and Manchester Orchestra continue to provide significant creative influence, but their biggest inspiration is rooted in the live circuit, feeding off audiences who are now singing their songs right back at them. Having their debut album ‘Good Intent’ shortlisted for the 2016 AIM Independent Album of the Year, gave the band a sense of legitimacy and renewed belief. That level of quiet confidence compelled Luke, Adam and Lewis to write and record the follow up album ‘Here’s To The Fatigue’ before the year ended.

A temporary relocation to Austin, Texas, more specifically, Dripping Springs and the home of producer ‘Machine’ gave the band some much needed breathing space away from the UK scene. Lewis explains “the new songs focus a lot on becoming disillusioned with your life and more emotionally weary with age. The album has a lot of existential angst, but also a few moments of clarity where it’s saying to just let go, lift your legs and float down the stream”.

The build has been gradual and with the last UK tour sold out, Luke, Adam and Lewis stand defiantly behind this independently funded self-released album.