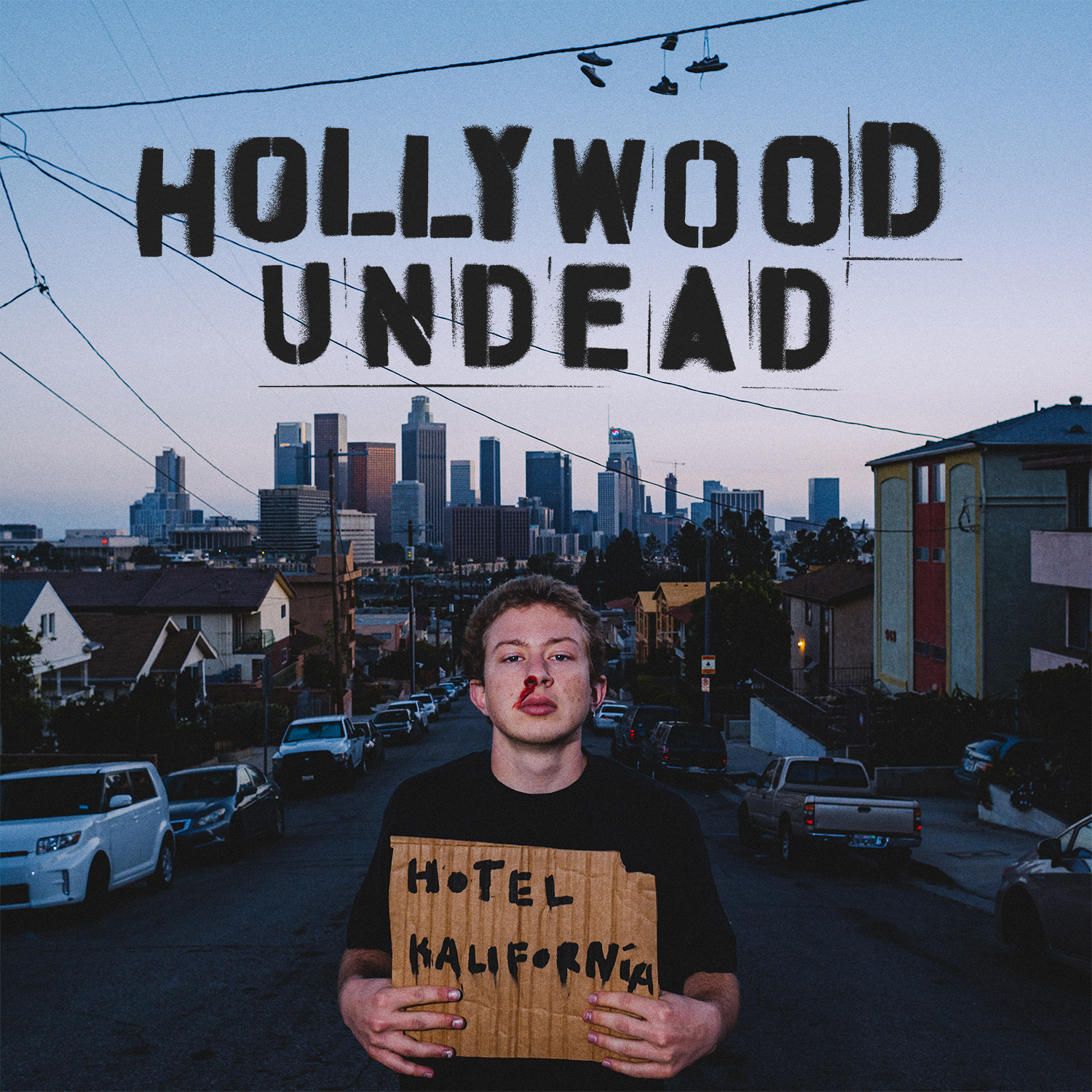 Featuring recent singles “Trap God”, “City Of The Dead”, and “Wild In These Streets”, Hotel Kalifornia represents a return to form, in an action-packed, 14 track album highlighting the best aspects of what Hollywood Undead have become known for, the latest evidence being “Hourglass”, accompanied by a lyric video out today at 5pm GMT.  The song, brimming with the spirit of the LA streets and not bound by any one genre, layers anthemic hooks, witty lyrics, and unique structure to create a quintessential Hollywood Undead classic.

The “Hotel Kalifornia” era has seen excellent support and have landed the band priority placements on genre playlists such as Spotify’s Rock Hard, Hard Rock & Rock Rotation as well as Apple Music’s Breaking Hard Rock & New in Rock, as well as Top 40 placement at US Rock & Active Rock Radio.

In addition to the new album, Hollywood Undead is currently on The Rockzilla Tour with Papa Roach, Falling In Reverse, and Bad Wolves. Tickets for all upcoming dates are on sale now at www.hollywoodundead.com.

UK fans can celebrate the release of the album with themed club nights at the following on Saturday 13th August:

About Hollywood Undead
Not long after the turn of the century, a collective of friends congregated around a common vision bred in the gutters and back alleys of Hollywood, CA. Under the influence of everything from gritty nineties hip-hop to industrial metal (not to mention cheap booze), they climbed out of similar experiences in poverty and hardship and vaulted to the forefront of 21st century rock music on their own terms.

Throughout 2021, the boys recorded in Nashville and Los Angeles with producers Erik Ron [I Prevail, Godsmack], Andrew Migliore [Sueco, Zero 9:36 Papa Roach], and Drew Fulk [Ice Nine Kills, Lil Wayne, Lil Peep]. Working face-to-face, Hollywood Undead rekindled the unbridled intensity of their formative material, yet with refinement only possible through years of grinding on the road.