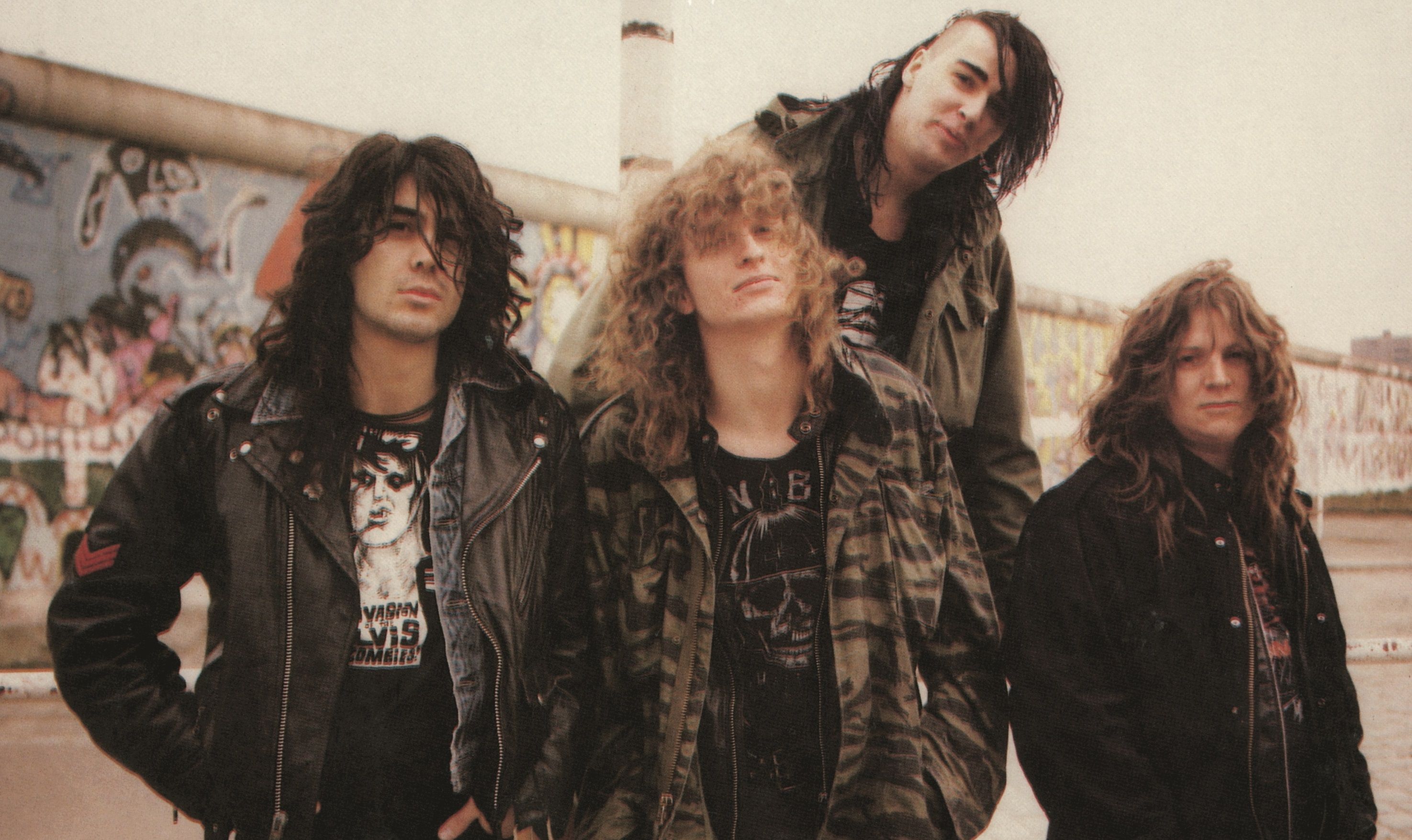 VOIVOD are proud to announce a surprise new dimension to their brand new box set, Forgotten In Space which is out today. The cover of both the LP and CD box set come to life with the use of an augmented reality filter viewable through the Adobe Aero app. Just download the app to your phone from the below links and then use the above link to view while holding your phone over the cover! Here’s the video instructions. 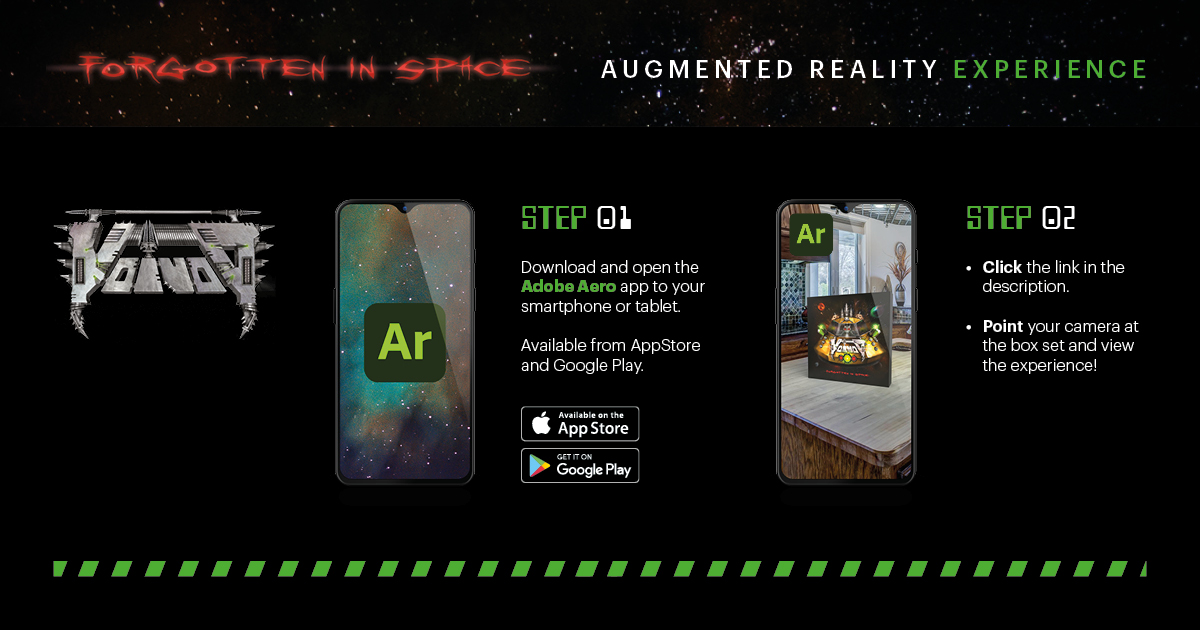 ‘Forgotten In Space’ is a deluxe celebration of Voivod’s, Noise Records discography and is the definitive collection of their recorded work plus rare and previously unreleased material and contains :

KORGÜLL THE EXTERMINATOR USB
Contains all the tracks from the expanded studio albums plus the live & demo albums.

‘Forgotten In Space’ will also be available as a 5 x CDs and DVD clamshell box set containing all the studio albums, bonus rare demo and live albums, the DVD containing the mini documentary and previously unreleased live concerts and a 20 page booklet.