Today, Canadian sci-fi metal visionaries VOIVOD have announced the release of Forgotten In Space: The Noise Records Years Deluxe Box-Set, a collection of their 1980s Noise Records, as well as a book of sleevenotes containing the early story of the band, a DVD of unseen material and USB.

You can preorder this box set here: https://voivod.lnk.to/ForgottenInSpacePR
The band have also dropped the video for a previously unreleased demo of ‘Psychic Vacuum’ which you can check out here.

It’s been an exhilarating 40-year ride for VOIVOD, the Jonquière, Quebec quartet. Over the years they have defied the odds, faced tragedy head on, and raised above many of their contemporaries to a point where the band’s intricate progressively fuelled heavy metal sound also brings with it honours and awards. The 2018 Voivod album, The Wake, won the band a Juno Award for Heavy Metal Album of The Year, while the previous year Away had picked up the Visionary Award at that year’s Progressive Music Awards in London.

It might all seem a far cry from four music-obsessed youngsters who began living out their music fantasies in their garages and the basement of one of their father’s work places back in the early 1980’s. But there was always something that set Voivod apart from their peers. They may have been as enthralled with the ever-evolving sounds of heavy metal, hardcore and punk rock that were distilling in the early 80’s, but Voivod also brought with them a love of progressive rock and science fiction that has been as much of an influence on their music.

If heavy metal was the sound of the outsider in those early 80’s days, then prog rock was an even more unlikely bedfellow. Prog was about as uncool as you could get. But nobody told Voivod. And it’s that willingness to blend such seemingly disparate sounds that has always set the band apart. Prog metal as a concept was largely unheard of when Voivod released their debut album War And Pain in 1984.

The music contained in this set proves that Voivod were very much pioneers of the sound, as their own music became more refined and experimental. You can hear the development of the band’s sound over the three albums contained here (Rrröööaarrr, Killing Technology & Dimension Hatröss). In the five year span from 1984’s War And Pain debut to 1989’s Nothingface, Voivod forged a defiant progressive metal sound that they would expand upon with later albums and ensure that they are one of the most exhilarating metal bands in existence today. 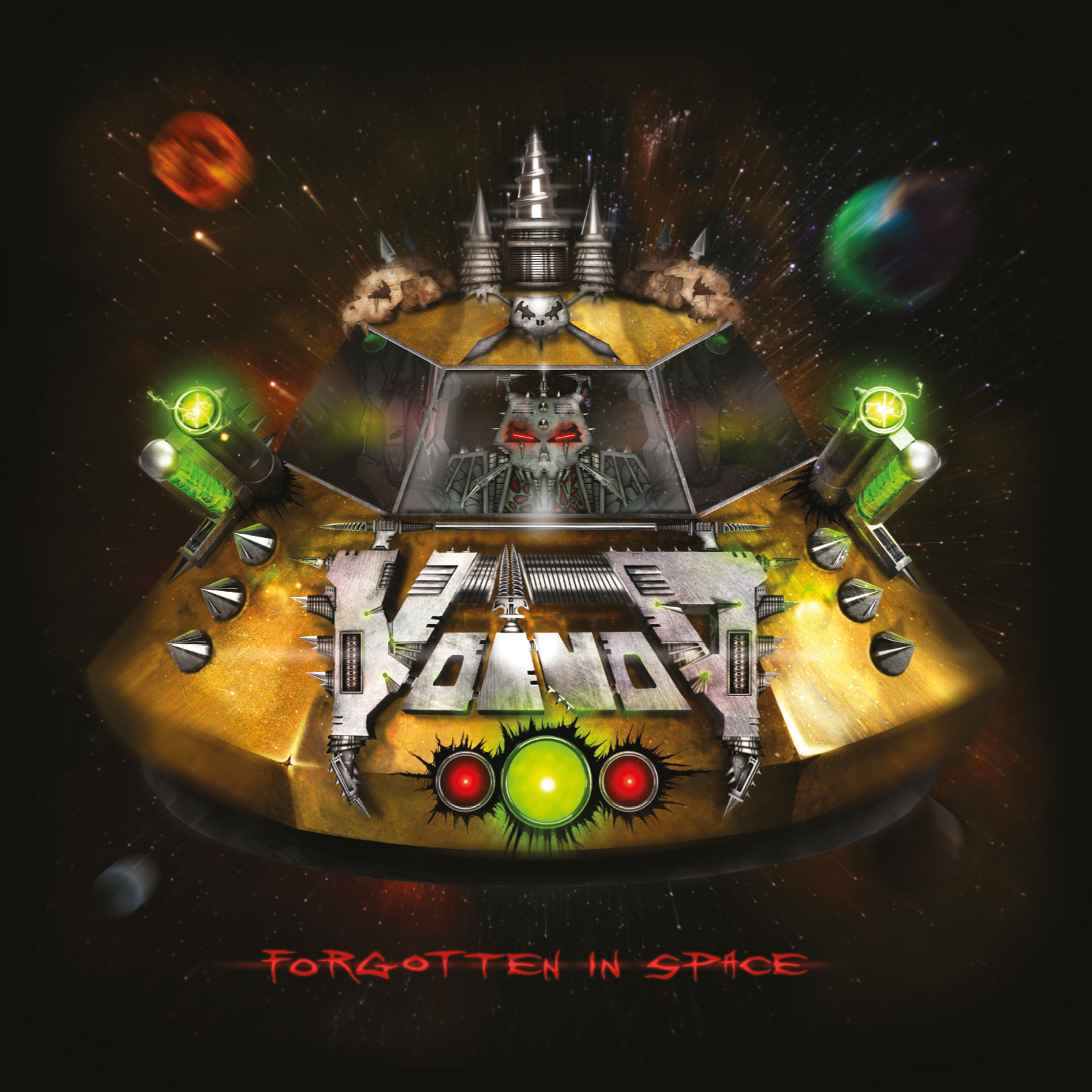 Forgotten In Space is a deluxe celebration of Voivod’s Noise Records discography, released July 29th via BMG, and is the definitive collection of their recorded work plus rare and previously unreleased material and contains:

KORGÜLL THE EXTERMINATOR USB
Contains all the tracks from the expanded studio albums plus the live & demo albums.

Forgotten In Space will also be available as a 5 x CDs and DVD clamshell box set containing all the studio albums, bonus rare demo and live albums, the DVD containing the mini documentary and previously unreleased live concerts and a 20 page booklet.