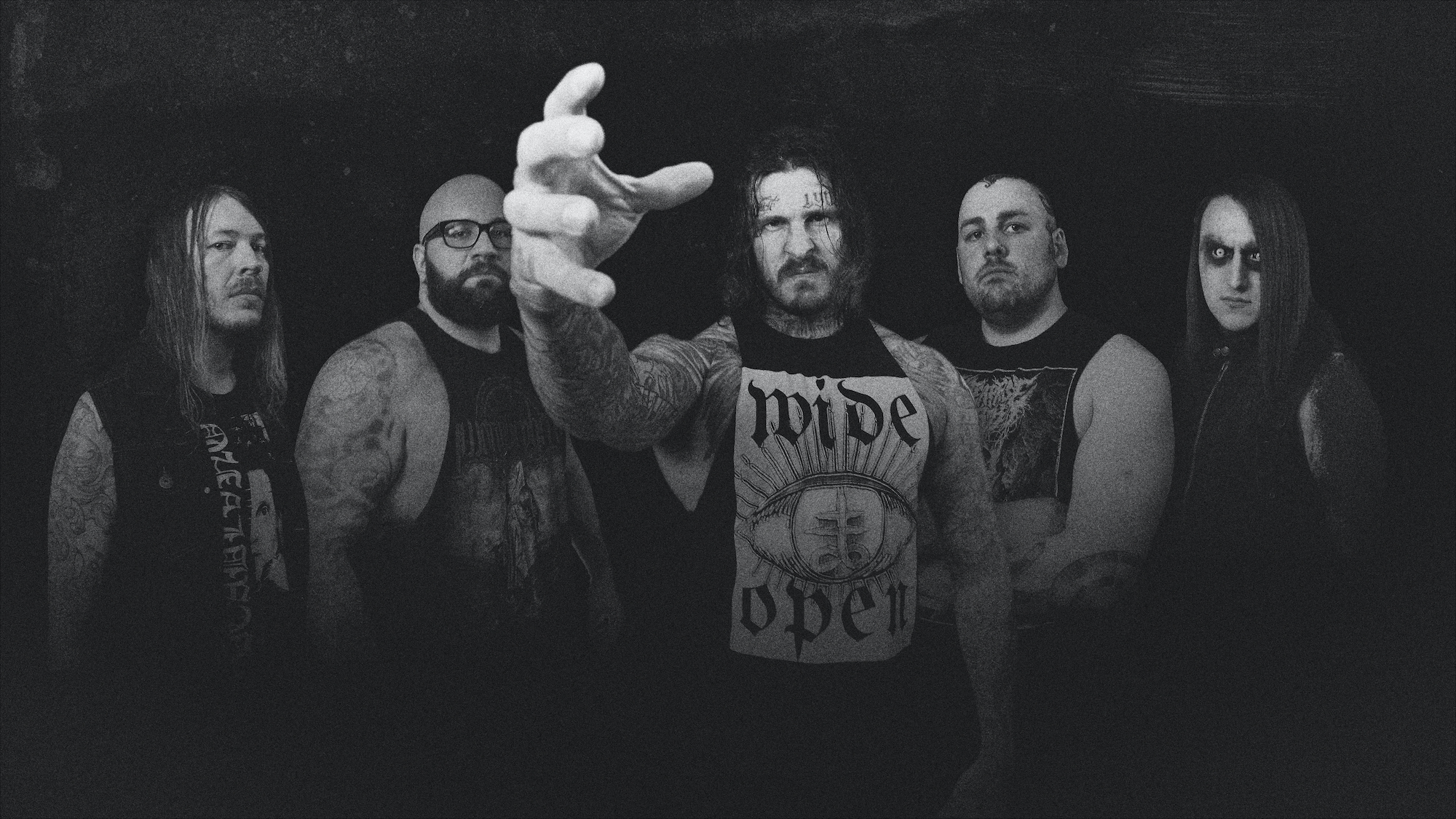 “We’re excited to open your eyes (and ears) to the new chapter of Ov Sulfur. The song features some INSANE growls and shrieks from Ricky, which show just how far he’s come since his time in Suffokate,” states OV SULFUR about the new track. “The music is similarly elevated, with the three (3!) breakdowns outdoing anything we’ve done before yet the chorus and dual solo bring some much-needed melody to the proceedings. Yes, at the risk of sounding like a cliché (I mean, we are a metal band who hates religion…), it’s our heaviest yet most melodic track yet.”

They then add: “Speaking of hating religion, this song is about waking up, pulling the veil from over your eyes and leaving the false faith in the past. FUCK THE SALVATION. LET US BE DAMNED!”

Someone should have warned God to keep his enemies close because Ricky Hoover’s been biding his time and sharpening his blades. The former Suffokate vocalist swapped his mic for a straight razor, tour life for family life and, yes, those huge stretched ears for comparably large muscles. In short, Hoover is ready for war.

Last August’s Oblivion EP was just the first volley, one planned over a decade away from music. With Century Media on board, it’s about to get goddamn apocalyptic on forthcoming single ‘Wide Open’ and beyond. “Wide Open” finds their blackened deathcore reaching bleaker depths, with Hoover’s growls plumbing the abyssic depths and summoning lesser demons’ screeching. Guitarists Chase Wilson and Matt Janz build the perfect brutal backdrop complete with three breakdowns—plus a dueling solo for good measure—while mononymously named rhythm section (bassist Ding and drummer Leviathvn) provide a solid yet frenetic base.

A band born from the pandemic, it’s been less than a year since the debut release and just over one since debut single ‘Behind the Hand of God’, yet the growth is palpable. The band sold out their first show, which doubled as a record release, following it with two weekends of solid headliners before hitting the road with the likes of Carnifex, Impending Doom, Signs of the Swarm, Bury Your Dead, Enterprise Earth, Worm Shepherd and more. Up next is a run supporting As I Lay Dying, Whitechapel and Shadow of Intent.