‘Narcissus’, the furious opening track of the Mini-Album can be checked out here: https://youtu.be/qI8TS-hXF-8

Resentment is Always Seismic – a final throw of Throes is a partner recording to NAPALM DEATH’s latest, much acclaimed Throes Of Joy In The Jaws Of Defeatism album from 2020, concluding matters through vital, tumultuous Grindcore and shockwave ambience.

NAPALM DEATH frontman Mark “Barney” Greenway commented as follows: “You can certainly consider “Resentment Is Always…” as an extension of – or partner recording to – the “Throes…” album. We had long since wanted to put a mini-album out – in the spirit of the old days – and found we had enough quality tracks even after all the “Throes…” bonus tracks to do that. Hopefully this mini holds some nice twists in its own right for people, and certainly covering “People Pie” by Slab! made us really stretch ourselves, which feels great artistically. In the end, resentment is certainly seismic – it can trigger the complete erosion of humanity in many situations. That was the point that I really wanted to hammer home overall”

The 8-track mini-album Resentment is Always Seismic – a final throw of Throes is available as Ltd. CD Digipak, Vinyl as well as in the Digital Album format with the following track-listing:

The Mini Album’s vinyl edition comes as 12” (at 33 ⅓ RPM) on 180g vinyl and in the following variants/limitations:

You can order for the various formats of Resentment is Always Seismic – a final throw of Throes here: https://napalmdeath.lnk.to/ResentmentIsAlwaysSeismic-AFinalThrowOfThroes

NAPALM DEATH recently also announced massive updates to their upcoming worldwide touring schedule, including dates across the UK starting next month, a return to North America together with Arch Enemy and Behemoth in April/May as well as the postponement of the group’s “Campaign For Musical Destruction” tour across Europe to February/March 2023 (Its revised line-up will be announced soon!).

Here is an overview of all upcoming UK NAPALM DEATH live-appearances announced so far: 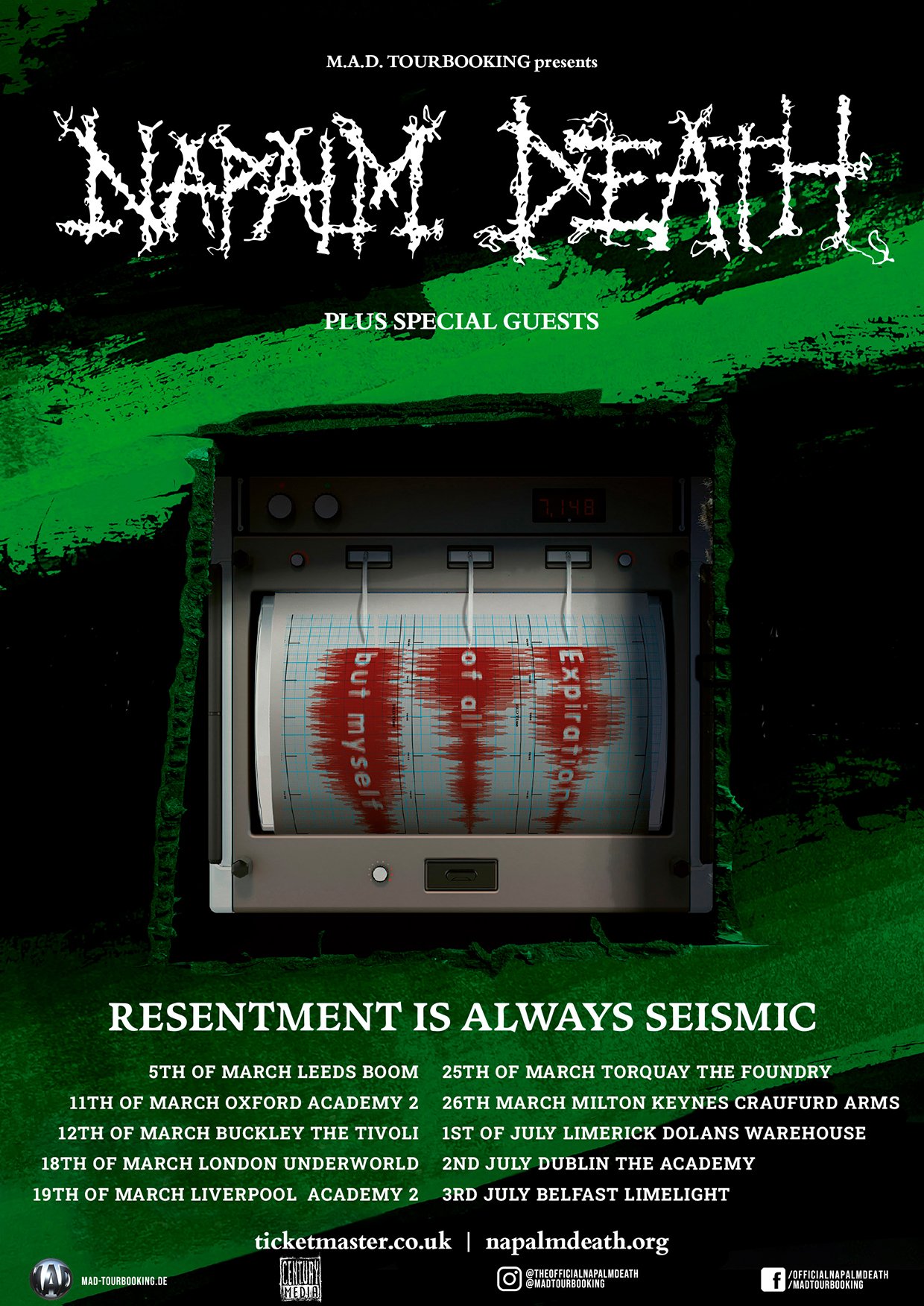 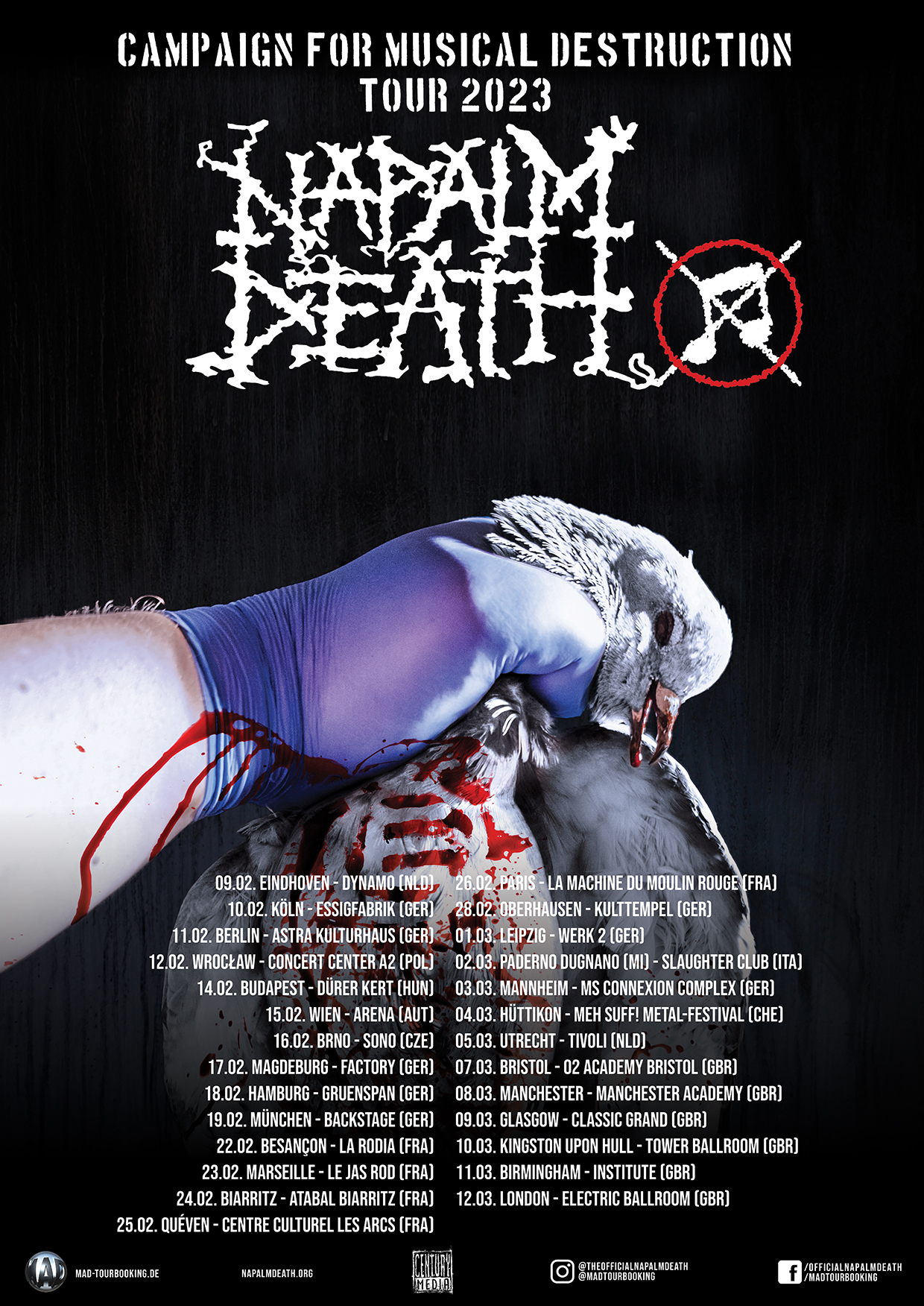 You can still order Throes of Joy in the Jaws of Defeatism in various formats here: https://napalmdeath.lnk.to/ThroesofJoyintheJawsofDefeatismPR