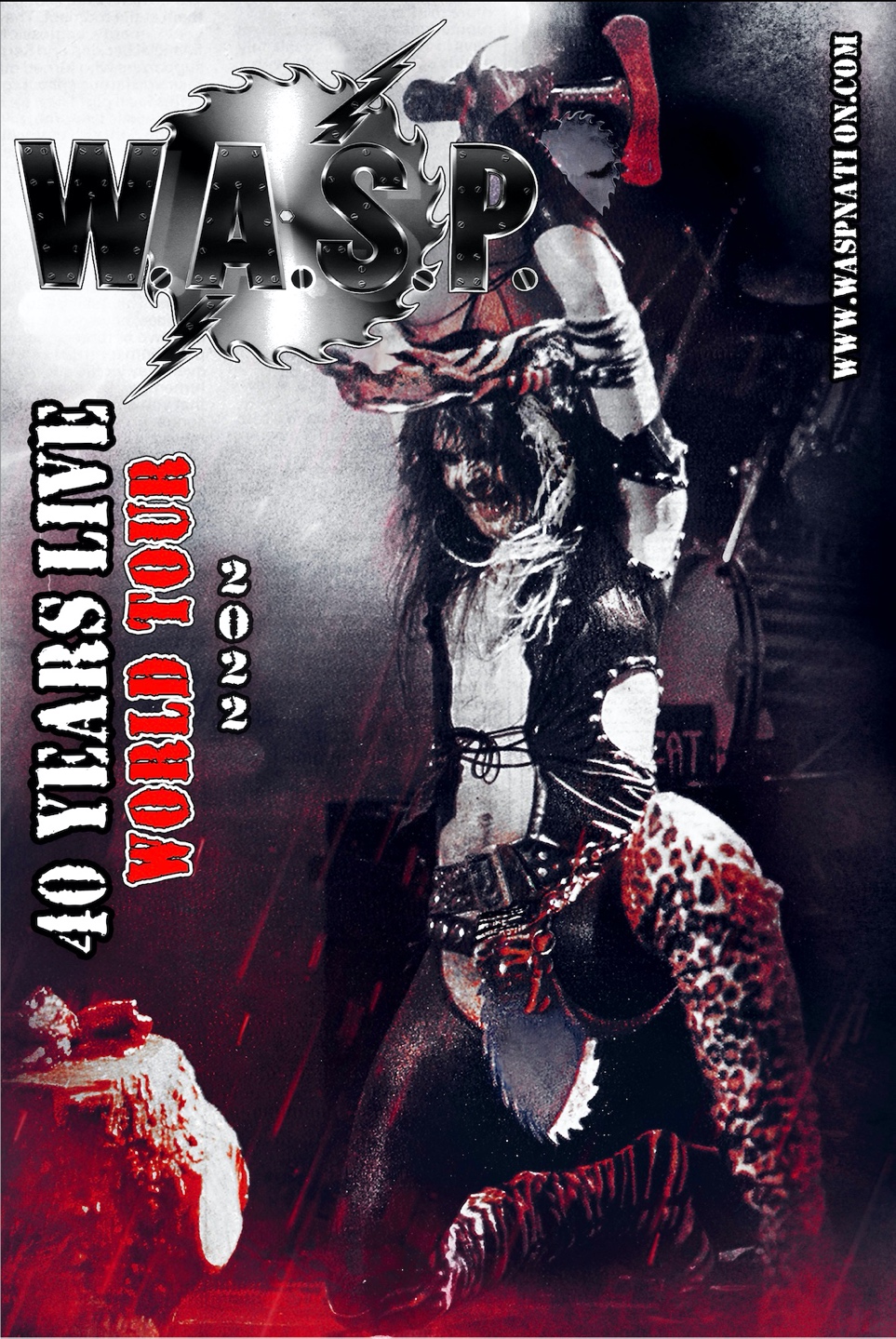 June 6th 2022 marks the 40th Anniversary of one of the most infamous, notorious, controversial Heavy Metal Bands in the World…W.A.S.P. To mark the occasion, the band will embark on a world tour, with the following UK shows announced today:

Tickets are available from www.Myticket.co.uk from 10am Friday  29th October.

“For the W.A.S.P.  40th Anniversary World Tour we’re going back to the beginning. We’re taking the show back to where it all started. Complete with all the fire and all the blood that shocked the world the first time.”

“We only did this type of show on the first world tour and never did it again…until now!
I’m gonna scream and I’m gonna bleed, cause I Wanna be Somebody!
We’re taking everybody back…back to the beginning!”

Few Bands in the history of Rock N’ Roll have ever incited the love, the hate, the raw emotional effect this band has had on the world. From the very beginning, in the small venues of Los Angeles  California, and later to the numerous countries worldwide that banned these Winged Assassins from performing live, the band’s unique style of Shock and Rock caused Religious organizations, Local City Councils, Parliaments, and the Washington D.C. Senate to hold hearings in an effort to bar this group from selling records and trashing stages everywhere they played.

The band’s founding member, frontman Blackie Lawless, has led the group as its lead vocalist and primary songwriter since its beginning.  His unique brand of visual, social and political comment took the group to worldwide heights and sold millions of records alongside a legacy of sold out shows across the globe for 4 decades.

Joined by bassist Mike Duda and guitarist Doug Blair, whose tenures in the band span 26 and 18 years respectively, along with drummer extraordinaire Aquiles Priester, this anniversary tour will take the band and the fans back to where it all started, complete with the stage show extravaganza that many fans never saw live.

Witness Live the Winged Assassins specticle of “SHOCK and ROLL” as they take you Back…Back to the Beginning!