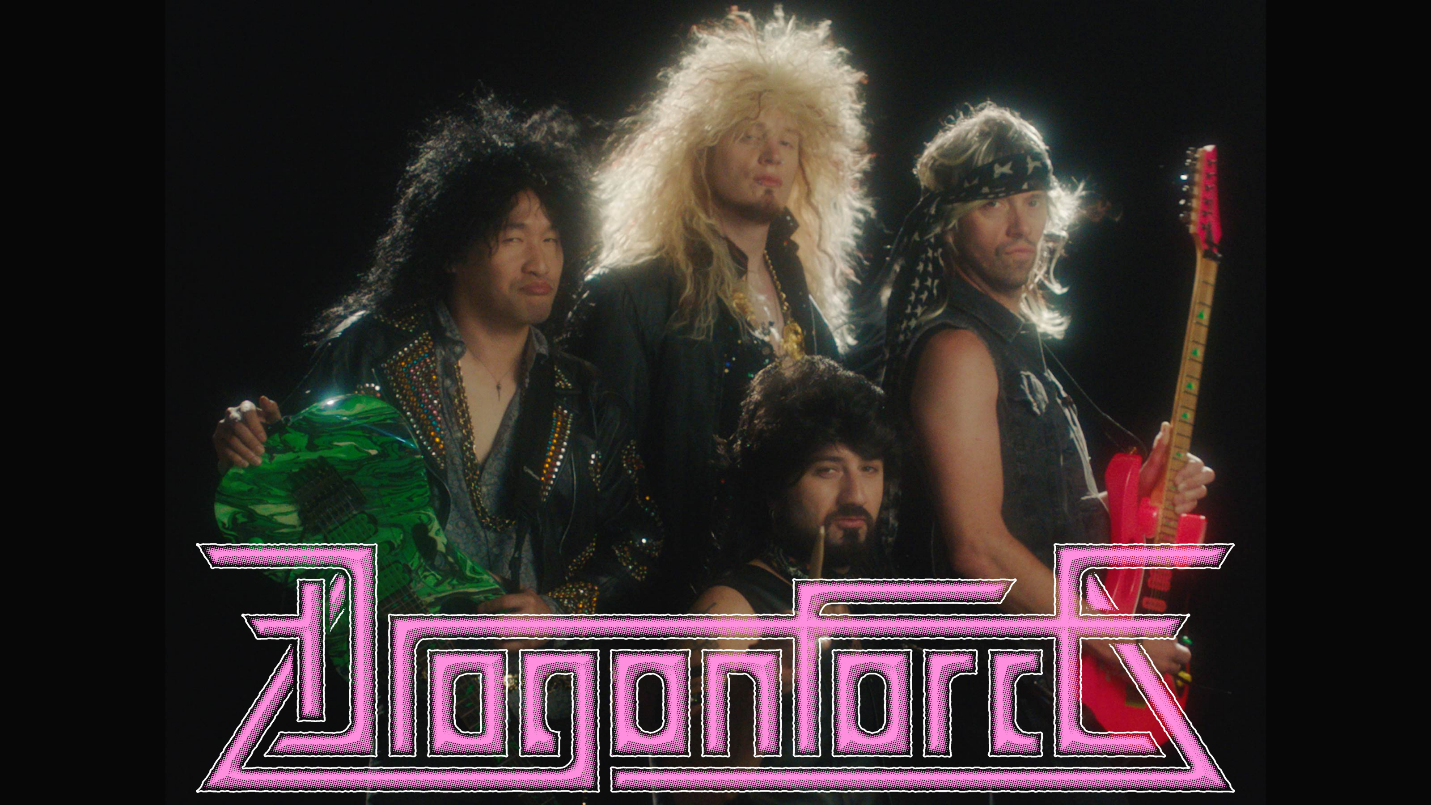 DragonForce has launched a new video for “Strangers” – a song from 2019′s Extreme Power Metal, and a tribute to everything 80s! Featuring Steve Vai‘s Whitesnake/David Lee Roth-era guitars, the band spared no expense in making this clip authentic, delivering the ultimate glam metal cheese. Filmed before the pandemic with a large-scale production, “Strangers” was directed by Roboshobo, in Los Angeles, CA, and can be seen here: https://youtu.be/eZH1tnWyrRY

Guitarist Herman Li comments: “This video takes place in the same ’80s world as our last video (‘Troopers of the Stars’), with the same cast and the same director. When Roboshobo pitched the concept, I was immediately into it. I’m a huge fan of the glam rock-era of music – I love the showmanship, the guitar solos, and the endearing cheesiness. And the players of that time were amazing, like Steve Vai, Warren Di Martini, and Reb Beach; I think sometimes the playing gets lost, and people just remember the crazy outfits. So, this video is a loving tribute to that era – while also being authentic…

Roboshobo told us to get some cool-looking guitars to fit the theme of the video, and the night before the shoot, I was panicking because we still hadn’t found any. So, I texted Steve Vai and told him we were doing a glam rock video. He said, ‘come on over’, and when I got there, he had pulled out THE guitars he used with Whitesnake and David Lee Roth. I remember seeing these guitars in magazines as a kid, so it was incredible to get to use them on set – I almost cried when he handed them to me!

Besides the guitars, I think we all looked really hunky in our costumes, especially our hair! For a minute, I was even considering getting a perm…I know people may think we’re not taking ourselves seriously enough, but I think given the state of the world, sometimes it’s just nice to kick back and have a laugh with your mates. That was definitely the vibe on set – we could barely keep a straight face watching the playback.

We’re also releasing super-limited merch we did in collaboration with the artist, Teenage Stepdad, at: dragonforce.com/shop. It definitely captures the feeling of the era!

DragonForce‘s latest album, Extreme Power Metal, features uplifting choruses, catchy melodies, and mind-bending guitar solos. After playing just a few shows in 2020, DragonForce is coming back to the USA and Canada to complete their “Extreme Power Metal World Tour” in March and April 2022.

Get ready for lasers, giant arcade machines, confetti, dragons and, of course, fire and flames! “DragonForce shows always feel like a party,” guitarist Herman Li says. “We’re so excited to come back to the USA and Canada. We’ve spent the last year making our live show even more epic and insane than ever before, and we can’t wait for everyone to see the craziness we have planned.”