Like the previously released single ‘Paragon’ the video for ‘Reckoning’ was also directed and produced by Owe Lingwall, Dreamday Media.

The song will be available on all digital platforms as of now.

”‘Reckoning’ is a certain powersong or an uplifting song which we needed to rise from the depths of a past year, and it was the last song we wrote for the new album. Adult oriented death metal at its finest glory, that dark and shiny place where Def Leppard and death metal meets. Death Leppard, maybe? The music video saved a warm memory from a very hot summer day in my hometown of Kotka, where we played at the rocks of the beautiful island of Rankki. Lying on the rocks zipping cold beer and driving with the boats at the sea. Kotka isn’t that far from Miami, except geographically, haha”, Markus Vanhala states.

”This song is clearly and absolutely about a situation where someone is really trying to mess things up and goes about doing it in secrecy. ‘A Story’ about an individual who is so messed up that he/she turns against the people who really matter. This is a certain way to ruin, yet the one doing so denies all responsibility ‘avoiding only the truth’…” 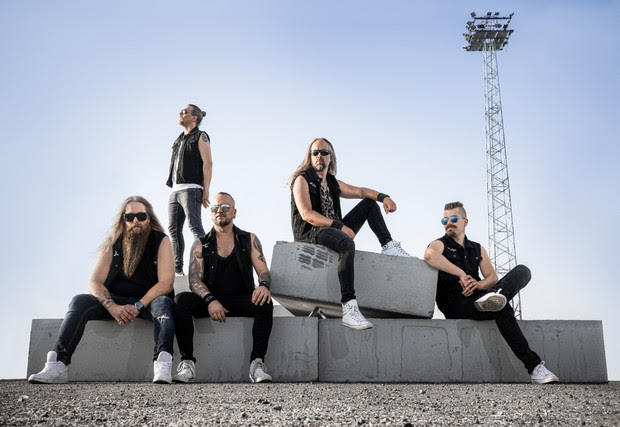 ‘Origin’ will be available as Ltd. CD Digipak, Gatefold LP and digital album. All physical formats can be pre-ordered HERE https://omnium-gatherum.lnk.to/Origin