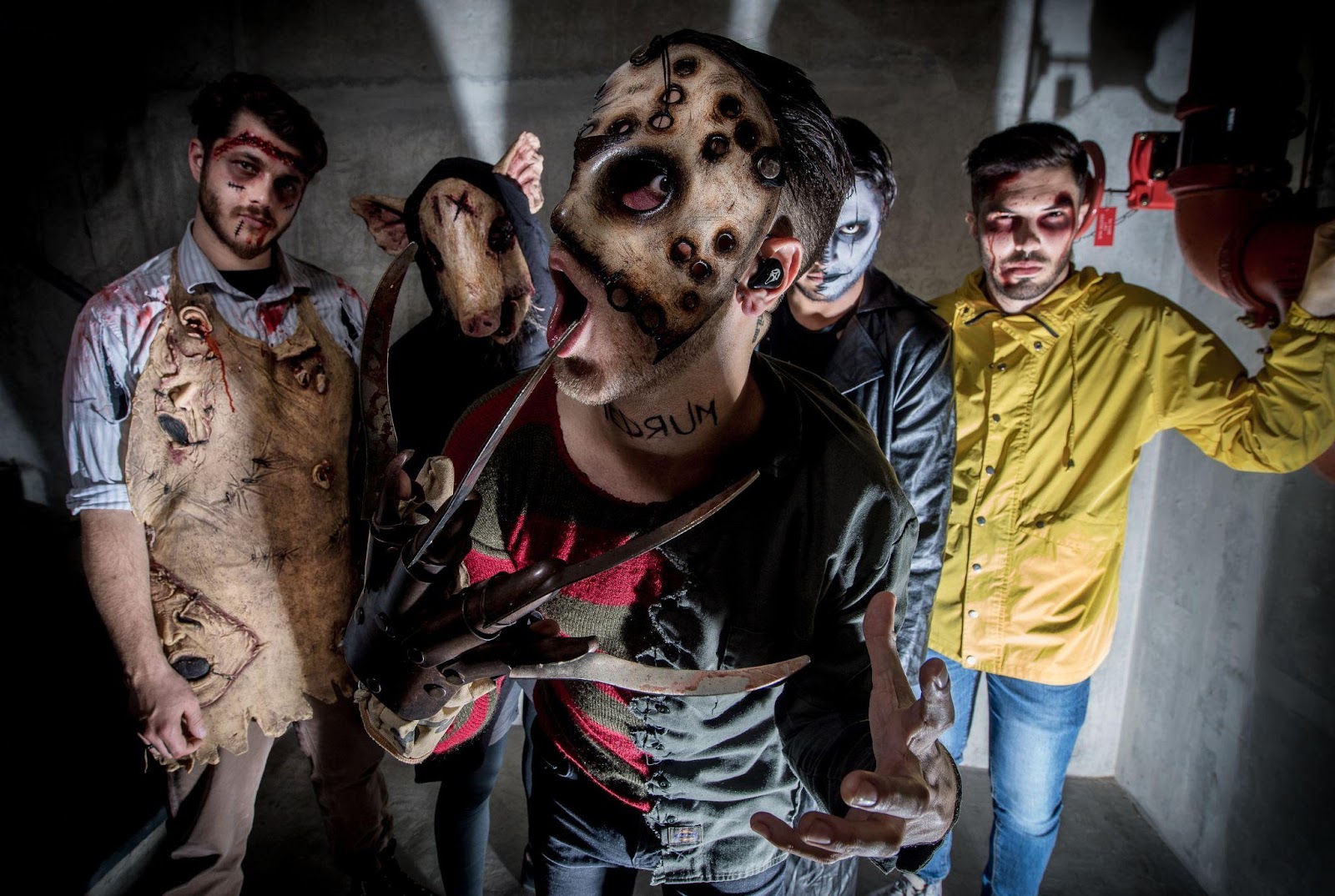 Ice Nine Kills have announced that their hugely popular Fountains Of Wayne parody cover-with-a-killer-twist “Jason’s Mom” is finally available on streaming platforms as of today. Find the track on your platform of choice here. The video for the track was originally released as part of ‘Fearless At Home’ livestream that aired in May 2020 and was an immediate hit with fans who have consistently requested the track be added to streaming services. Now, their wish has come true. 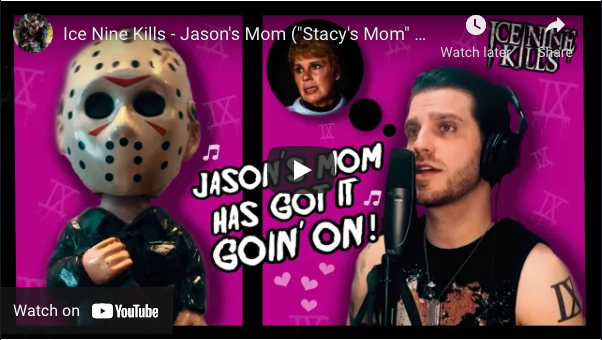 The track was originally released by Ice Nine Kills to celebrate the 40th Anniversary of classic horror movie, Friday The 13th. “Jason’s Mom” is a very special, acoustic parody in honor of one of the deadliest matriarchs in movie history and was released just in time for Mother’s Day last year. The performance was dedicated to Adam Schlesinger whose genius songwriting and smash hit, “Stacy’s Mom”, provided the inspiration for the song. 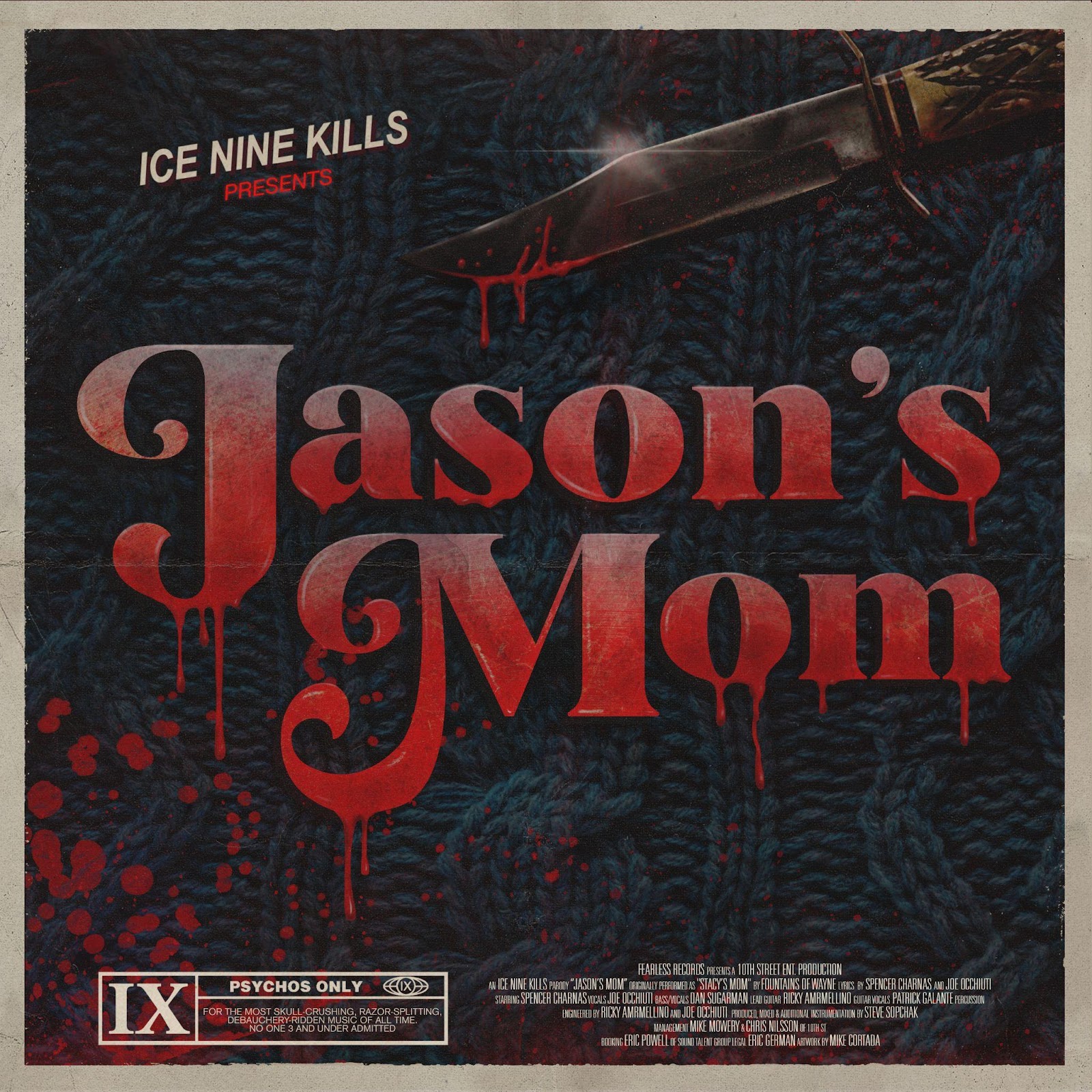 Ice Nine Kills had a bumper year in 2020. When the pandemic hit and their touring plans got cut short, the band, guided by their prolifically creative leader, Spencer Charnas, quickly pivoted and got to work finding new ways to continue to engage with and entertain their fans. Starting with the ingenious, “Jason’s Mom” and going on to include a mini-documentary ‘The Disney Revenge Show‘, a full-length live album ‘I Heard They Kill Live!!‘ recorded at their 2019 sold-out show at the Worcester Palladium, a killer live stream event featuring concert footage cut with an original slasher movie co-written by Spencer and starring horror icon Chop Top Moseley and the hugely successful launch of their killer new fan-based community and app – The Psychos Only Club. The band also saw staggering, record breaking merch sales with their continuing monthly Nightmare On The Ninth themed capsules.

After a decade of studio wizardry and live theatricality, Ice Nine Kills draws favorable comparisons to rock icons like Slipknot and Rob Zombie, via a like-minded synergy of music, lifestyle, and cult following reverence. With 1 million monthly listeners on Spotify, 402 million career streams, a combined social media reach of over 950k and over 70 million views on YouTube, the band are firmly cemented as one of modern metal’s most ferocious forces.