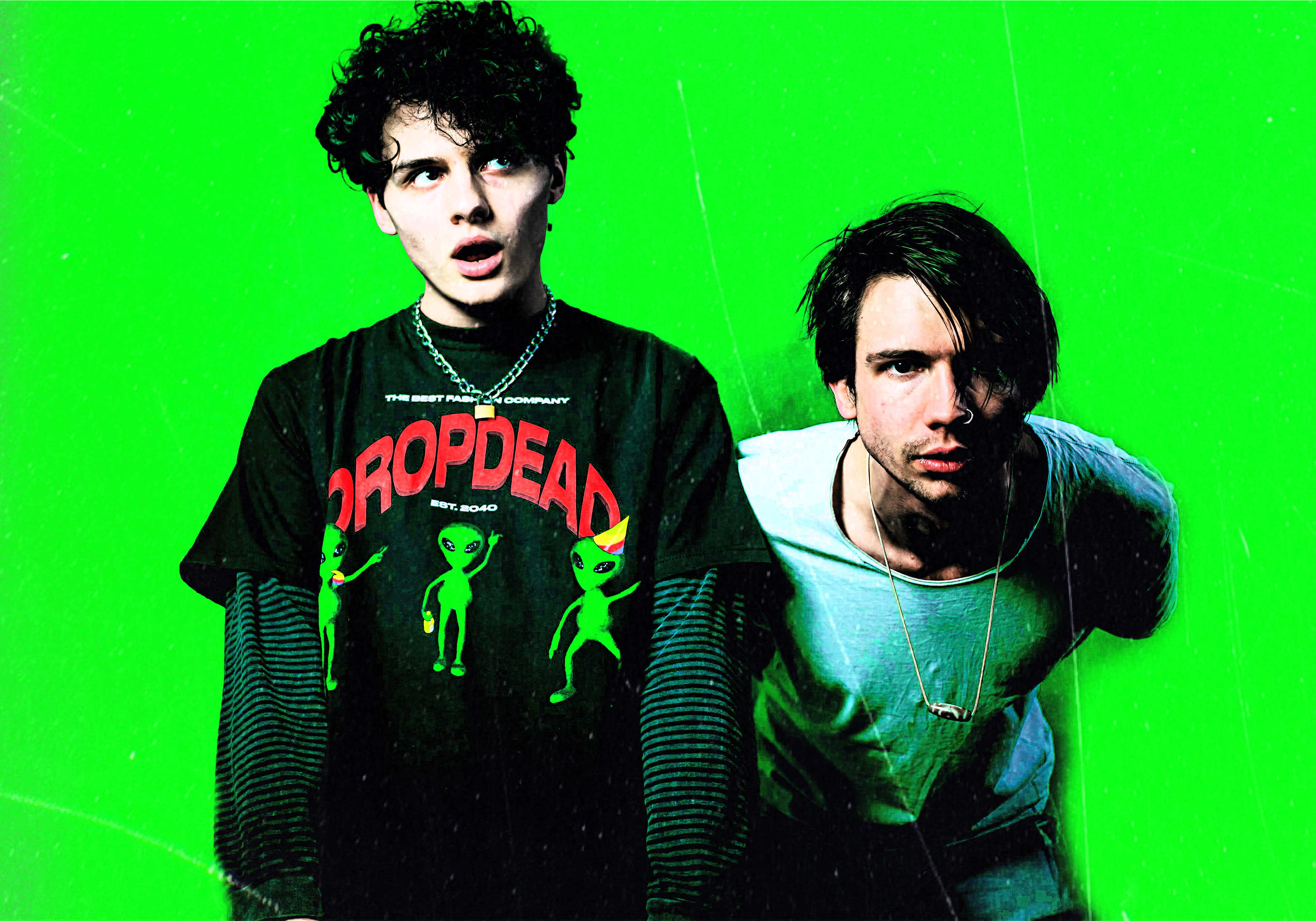 Following the release of their two incendiary singles “Molotov Smile” and “COLD“, London based duo CRASHFACE have announced their debut EP HEAVY INFECTIOUS. Set for release on 25 June, HEAVY INFECTIOUS is a shock to the system; a collection of slamming riffs, sickly-sweet vocal hooks and electrifying beats.

“This EP really encapsulates the growth we’ve experienced during hard times, both as a band and as people,” comments frontman Charlie Hinton. “Honestly, it’s so much bolder than what I anticipated we’d be doing after just a year of being a band, but I wouldn’t trade it for anything. It’s electric, it’s dramatic, and I love these songs dearly, but what’s better? This is just the start.”

Bassist Otto Balfour also comments: “HEAVY INFECTIOUS is the journal we used to frantically gnaw away at the frustrations, the woes, the highs and the lows of the past twelve months. It doesn’t just feel like a random bundle of songs; the way it flows from track to track is choreographed. It’s a statement. It gave us as much time to pour into this as we wanted, and it really really shows. Strap in. You’re not ready.” 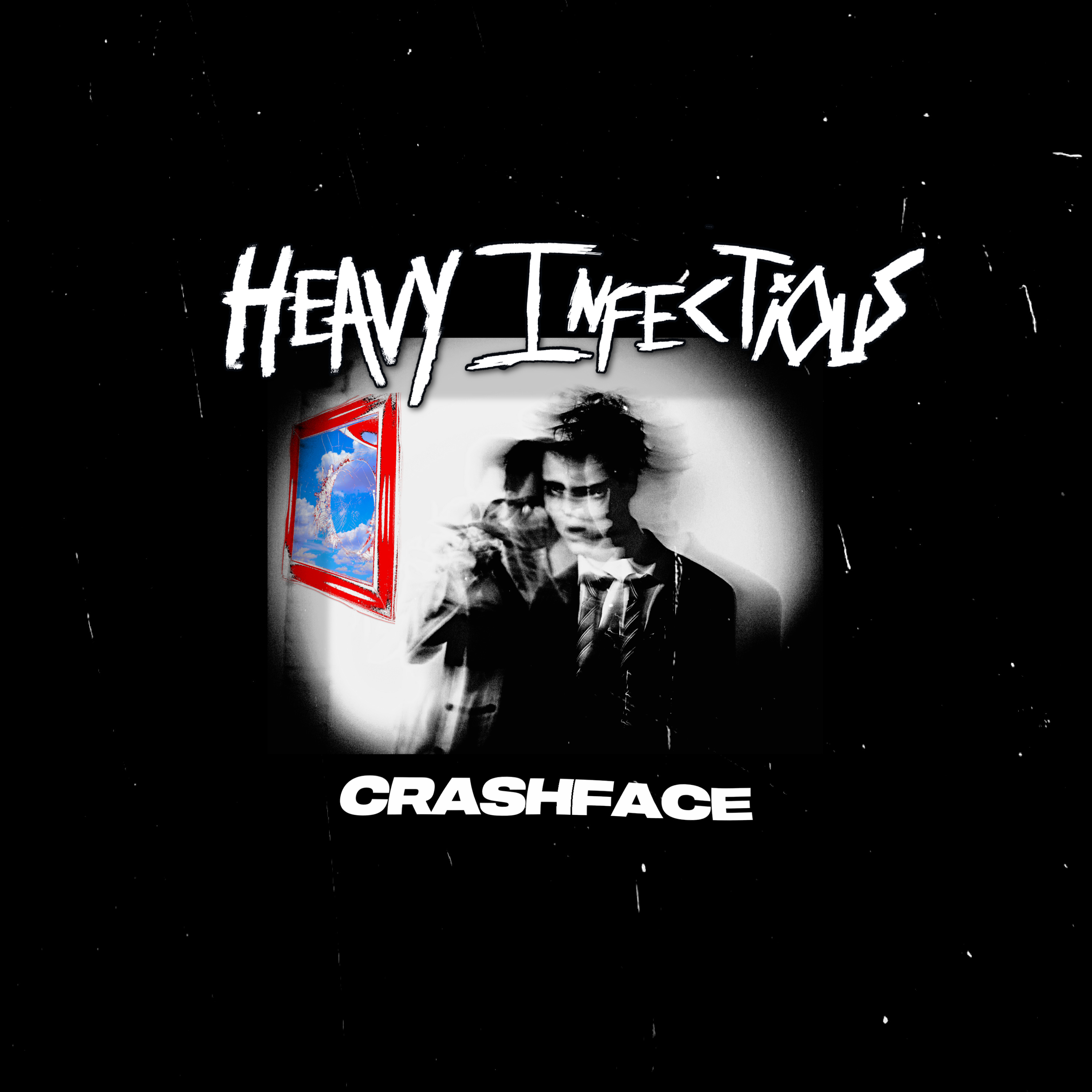 CRASHFACE have also announced a November tour, where they will play these songs live for the first time. Tickets are on sale now at www.crashface.online

Charlie enthuses: “Taking the world of CRASHFACE to the stage has been a dream for the longest time, and now we don’t have to wait much longer. We’re so grateful for the support we’ve had so far, so these shows are not only going to be a statement about who we are, a grand introduction, but a thank you to everyone that believes in this weapon we call a band. We’ll see you in November.” 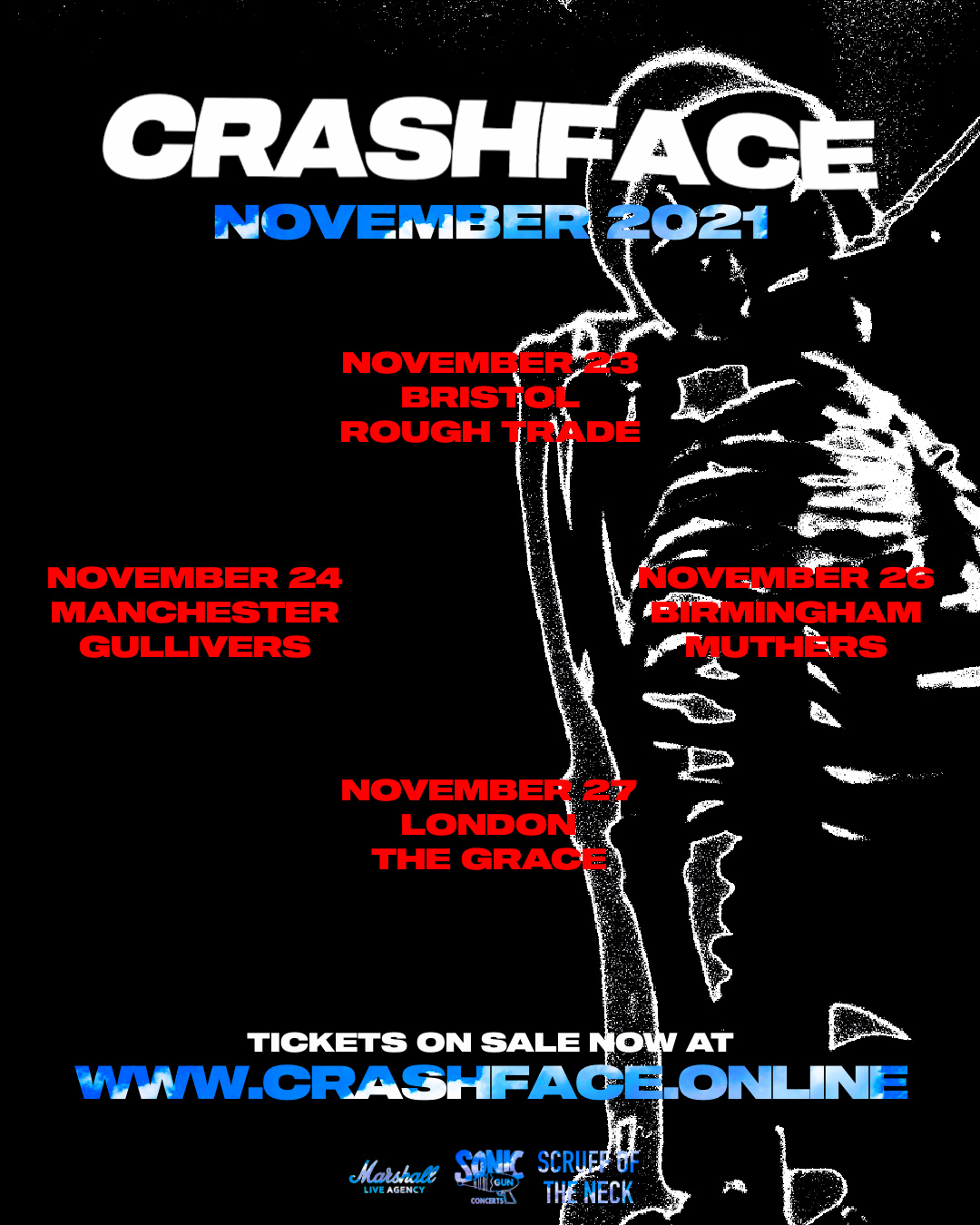 CRASHFACE is a collision between a brace of minds with a mutual love for the loud. The raucous London two-piece exploded onto the scene in early 2020, with their infectious punk energy and alluring aggression. Their stomping riffs, abrasive yet pop-tinged vocals and explosive, thought-provoking lyrics have set CRASHFACE up to be this generation’s call to the next noise revolution.