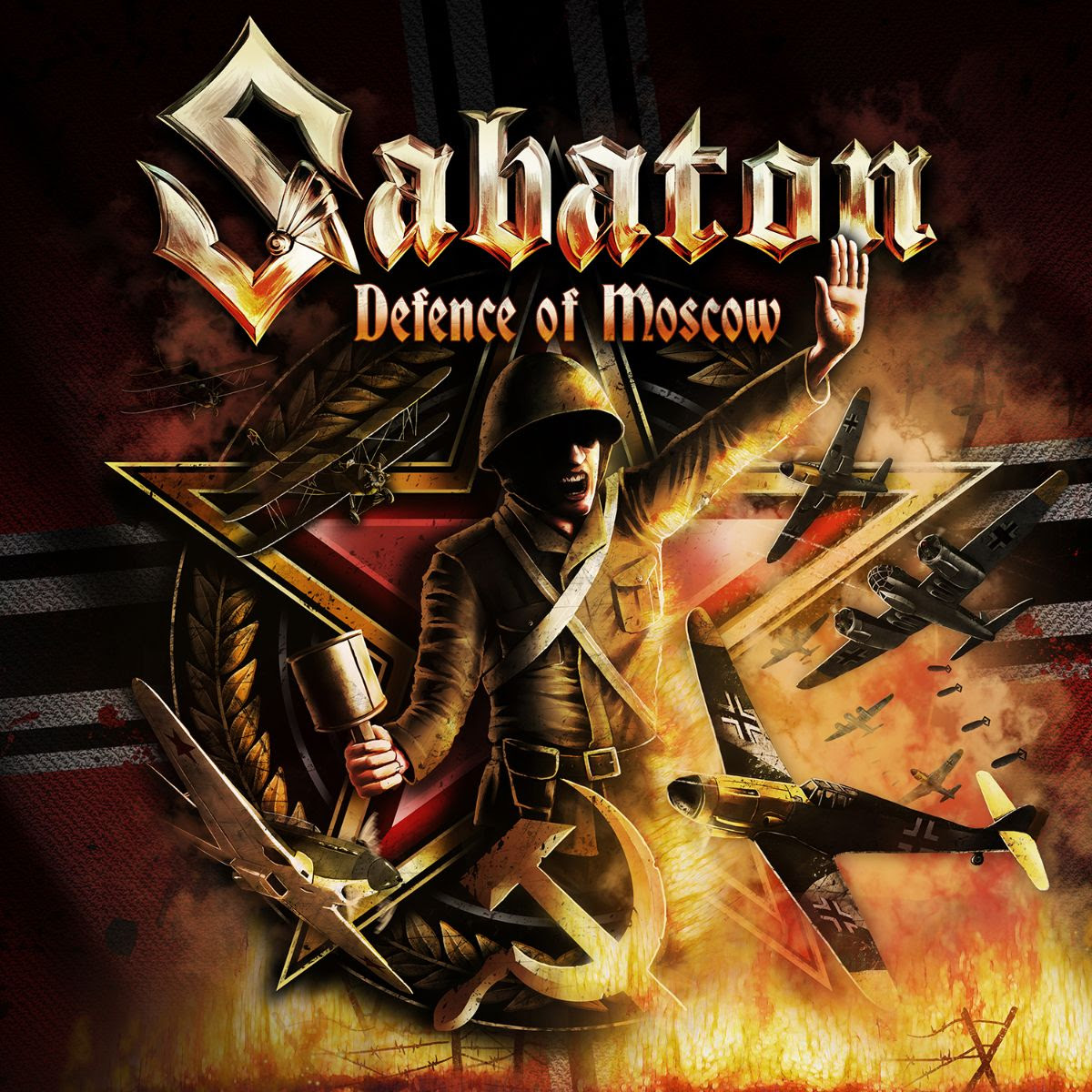 Paying respects to the Soviet Union forces in WWII and on time for the Russian Victory Day on May 9, the Swedish heavy metal heroes will release their new single ‘Defence of Moscow’ on May 7.
The song is a cover from Russian superstar Radio Tapok who has a huge following in Russian speaking countries and who gained popularity by covering rock and metal songs in the Russian language. ‘Defence Of Moscow‘ follows last year’s successful collaboration between SABATON and Radio Tapok on the live version of ‘The Attack Of The Dead Men’.
Covering the song in English and giving the song their unique SABATON style, the band is about to release another epic masterpiece that once again highlights an important turning point in European war history.

In order to give “Defence Of Moscow” the salute it deserves, SABATON created an extraordinary and strictly limited 7” vinyl in Red with a beautifully etched B-side. This rarity is only available for pre-order between May 7 and May 9, so make sure you place your order before it is too late! Keep an eye on SABATON’s social media channels and website for information on how to purchase the vinyl.   SABATON mastermind and bassist Pär Sundström states: “May 9 is celebrated as V-Day in Russia, the day to commemorate the victory over the Nazis in WW2.
This year we participate in the memory of this event by releasing a song dedicated to the brave men who fought in the battle of Moscow.
This track was originally written in Russian by our friend Radio Tapok. It’s a very strong song and we thought it made sense that Sabaton should give it a try to make a honourable cover of this song.
We love to surprise everyone, and this is a great surprise.”

Be prepared for another piece of epic and bombast coming from the creative cosmos of SABATON!