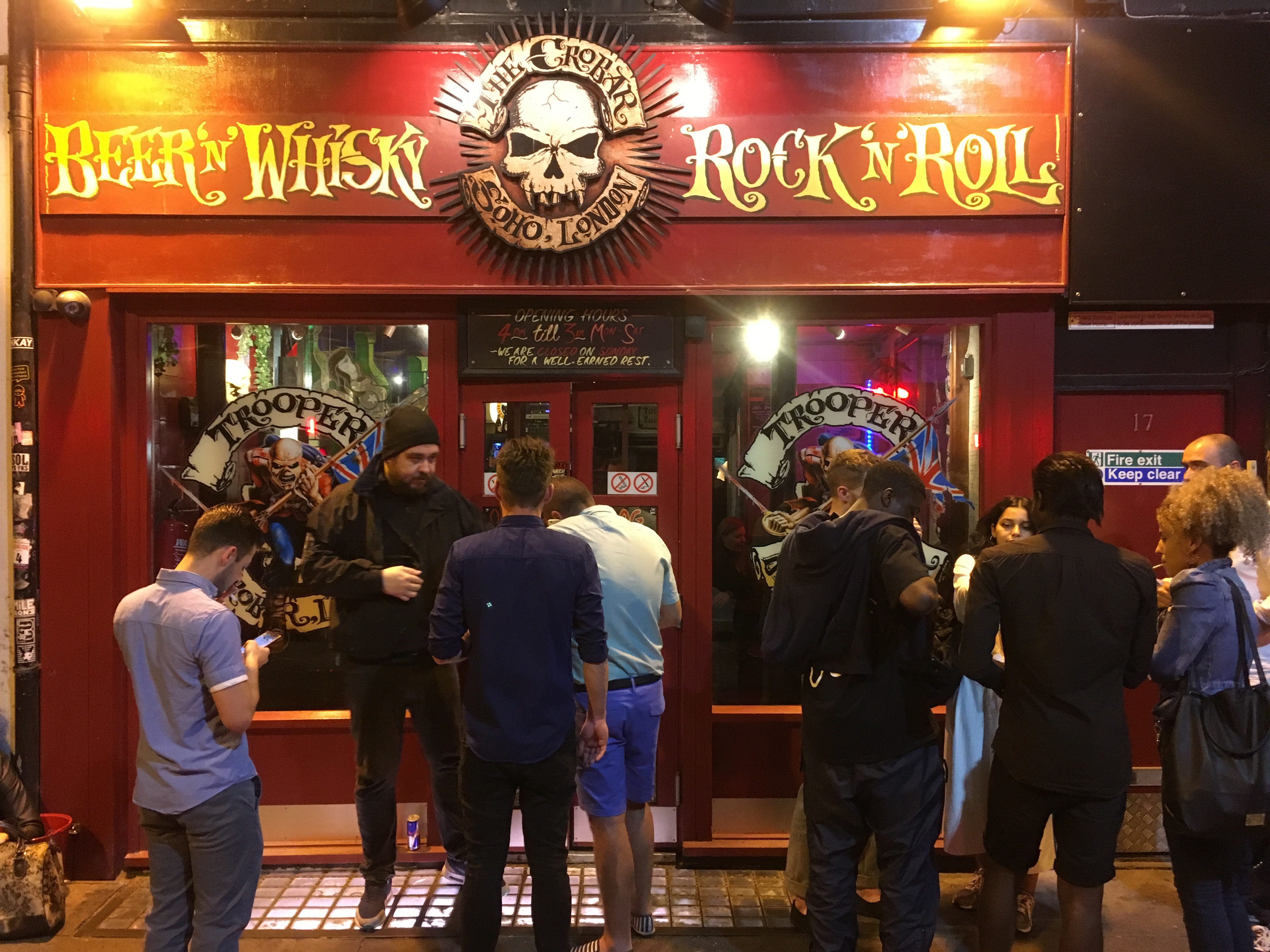 Crowdfund reaches £70K with hopes that Fan Donations of High Profile Rock Collectables will Raise a Further £25K
London, Wednesday 31 March, 2021: The Crobar, the much-loved rock and metal establishment formerly on Manette Street, Soho, launches the world’s first online pub to bring together a global community to help each other navigate through the pandemic.

Owner Richard Thomas saw an opportunity to help his customers and anybody else who wants to join in by creating a secure and controlled space where anybody is welcome to have a natter, lift their spirits and be themselves.

Having listened to the conversations where many have suffered with isolation and a great deal of loss, there is trepidation about being around other people as we come out of the third lockdown, which has exacerbated insecurities.

This is why the online pub will be the stepping stone towards steering people into feeling more comfortable as we adjust from lockdown and recalibrate into more social settings.

“My customers are my priority and without them we’d not have reached the fantastic amount of £70K- that’s £30K since January 29 – which is no mean feat!” adds Richard.

“But since we closed down our physical location and started this crowdfund, the amount of people who have shared how much loss they’ve felt since that fateful facebook post is immeasurable. It’s why, with the help and hard work of some techy fans, we were able to set up an online pub to recreate that ‘safe zone’ where people can chat, giggle and share stories – without judgement – and reattune their social skills again! They are free to create their own tables or float around other tables with groups of up to 8,” he continues.

“Our three pilot tests before the launch worked so well because we’re all dealing with practically the same struggles. I am so grateful to be of some service to the punters who require this outlet; furthermore, the feedback I’m getting is that it’s fun and people are making new friends!” concludes Richard.

The Crobar Virtual Party Room is a free global event that runs every Friday from 15:00 GMT – 15:00 GMT Saturday. Customers only need to register once which will give them unlimited entry to any Friday event. Even when pubs reopen, the Virtual Bar will stay open for those who still feel the ramifications of the ongoing pandemic. It’s easy to use- simply follow the instructions and start having fun!
New Raffle Prizes to Raise the Remaining £25K The main #crofund  raised a total of £10K in the last 7 days. The plan is to close these raffles so that current donors who have already shared so much of their time and money with supporting The Crobar can finally win their prizes. Winners of the raffle will be announced shortly after 15th April via email.

But, thanks to the generosity from some more The Crobar fans, there will be nine new prizes added for a further eight weeks in its last mile attempt to meet the £95K target.

Richard adds: “The plan was to close the fund at the end of March and thank everyone with a note stipulating that they’d be the first to know about the new bar and its location.  However, when new fans started offering these amazing pieces of Rock Memorabilia, we decided to create a separate prize draw in order to meet the £95K target. Current donors have already waited so patiently, so it’s only fair we reward them now. That said, the new prizes are available to anyone who wants a chance to win these one-off collectables.”

Raffle prices start from £10 for a chance to enter and ends on Thursday 13th May 2021. Winners will be announced shortly after via email.

Super rare HIM Test Pressings, signed by Ville Valo and dedicated to the winner
Crowdfunder.co.uk/him

A Year’s worth of Beer!
Crowdfunder.co.uk/crobar-beer

Three Strengths of Coffee – The Headbanger, The Rocker and Sweat Leaf
Crowdfunder.co.uk/crobar-coffee

Fans of the world-famous nightspot averaged £70 donations since October 2020 in support for it to reopen in Soho as a live music venue and bar. Donations to these new raffles prizes start from £10 to continue to contribute to the fund, but for a chance to enter the new prize draws, donations must match the stated amount.