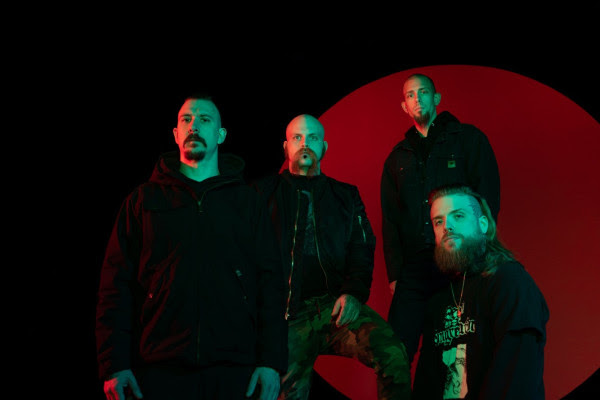 Portland death metal band VITRIOL are premiering their live video of “The Parting of a Neck” today. Check out the exclusive video HERE .The track is off the band’s debut albumTo Bathe from the Throat of Cowardice, released Fall 2019 via Century Media Records.

“Being this far along in a world without live music we’re feeling especially grateful that Dylan (producer) did such a beautiful job immortalizing this performance from our last tour. The Parting of a Neck has always been a special song for us and has since grown only more significant. The song debuted as a couch-bound playthrough and seeing it get the live treatment at this point feels like the perfect way to punctuate a long period of striving. A true then and now. Vitriol offers tremendous thanks to those of you who have shown your support in these formative times. We are hard at work on what’s next,” states Vitriol frontman Kyle Rasmussen.

Fronted by the dual vocal assault given from guitarist Kyle Rasmussen and bassist Adam Roethlisberger, and driven by the inhuman drummer Scott Walker, VITRIOL proved to make a successful strike at the genre’s heart with their 2017 EP, Pain Will Define Their Death. Released via Italy’s Everlasting Spew, it already provided a shockingly intense glimpse at the whirlwind that is To Bathe from the Throat of Cowardice.