Watch the Video for “Máscara” here 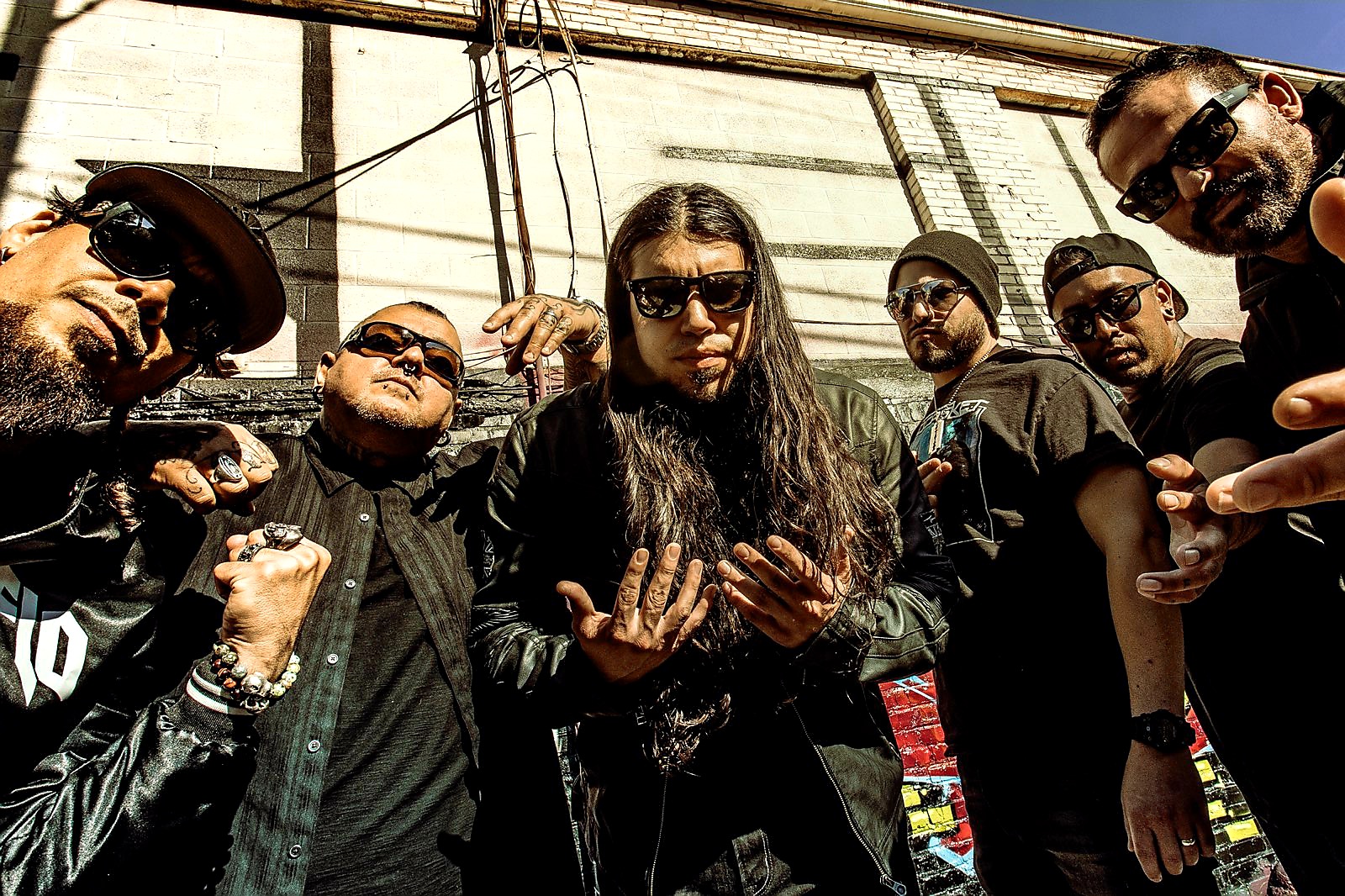 Photo: Tom Barbee Latin metal kings ILL NIÑO are back with a brand new song, “Máscara,” featuring a guest performance from AJ Channer of Fire From The Gods.
Available via all digital music providers, the song has an accompanying video featuring their new line up. Check it out here: https://youtu.be/9Nzl-QQtnu0

Singer Marcos Leal Says, “I’m very stoked to introduce ‘Máscara’ as a great addition to the ILL NIÑO legacy, and a highlight of my vocal career”
“I’m honored to have collaborated with our very good friend and one of my favorite vocalists in the game, AJ Channer, of Fire From The Gods. As someone who’s grown up as a fan of ILL NIÑO, and as a musician inspired by the band, I take pride and honor in crafting the vocals for the next generation. It’s something fans new and old will appreciate, and I look forward to throwing some chingasos in the pit with our Niño Familia in 2021!”

Channer adds, “ILL NIÑO is a band that will leave a strong lasting legacy on heavy music. Some of my earliest show experiences were ILL NIÑO shows. To be able to lend my voice to one of their songs includes me in that legacy. I was more than honored to sing on ‘Máscara.’”

“Máscara” (the mask) is out now via Break Silence Music (BSM), which is distributed through ONE-RPM. Pre-order/pre-save the track at https://ps.onerpm.com/mascara.  The magic of “Máscara” was captured by director/videographer Hunter Chapman (Motionless In White, A Day To Remember, In Hearts Wake).

The revitalized ILL NIÑO has acquired an incredible new team, and now represented worldwide by powerhouse booking agent Tim Borror of Sound Talent Group (Lamb Of God, Breaking Benjamin, I Prevail, Black Veil Brides). A new album is planned for 2021 with additional guest appearances by longtime friend Sonny Sandoval of P.O.D. on “All Or Nothing” and extended familia, Benji Webb (Skindred) and many others to be announced.

New Jersey born ILL NIÑO has sold two-million units worldwide and has shared stages around the globe with the likes ofDisturbed, Guns N’ Roses, Korn, Linkin Park, P.O.D., Sevendust, Avenged Sevenfold and Godsmack. ILL NIÑO’s Top 10 single “How Can I Live” was featured single in on the Freddy vs. Jason soundtrack.