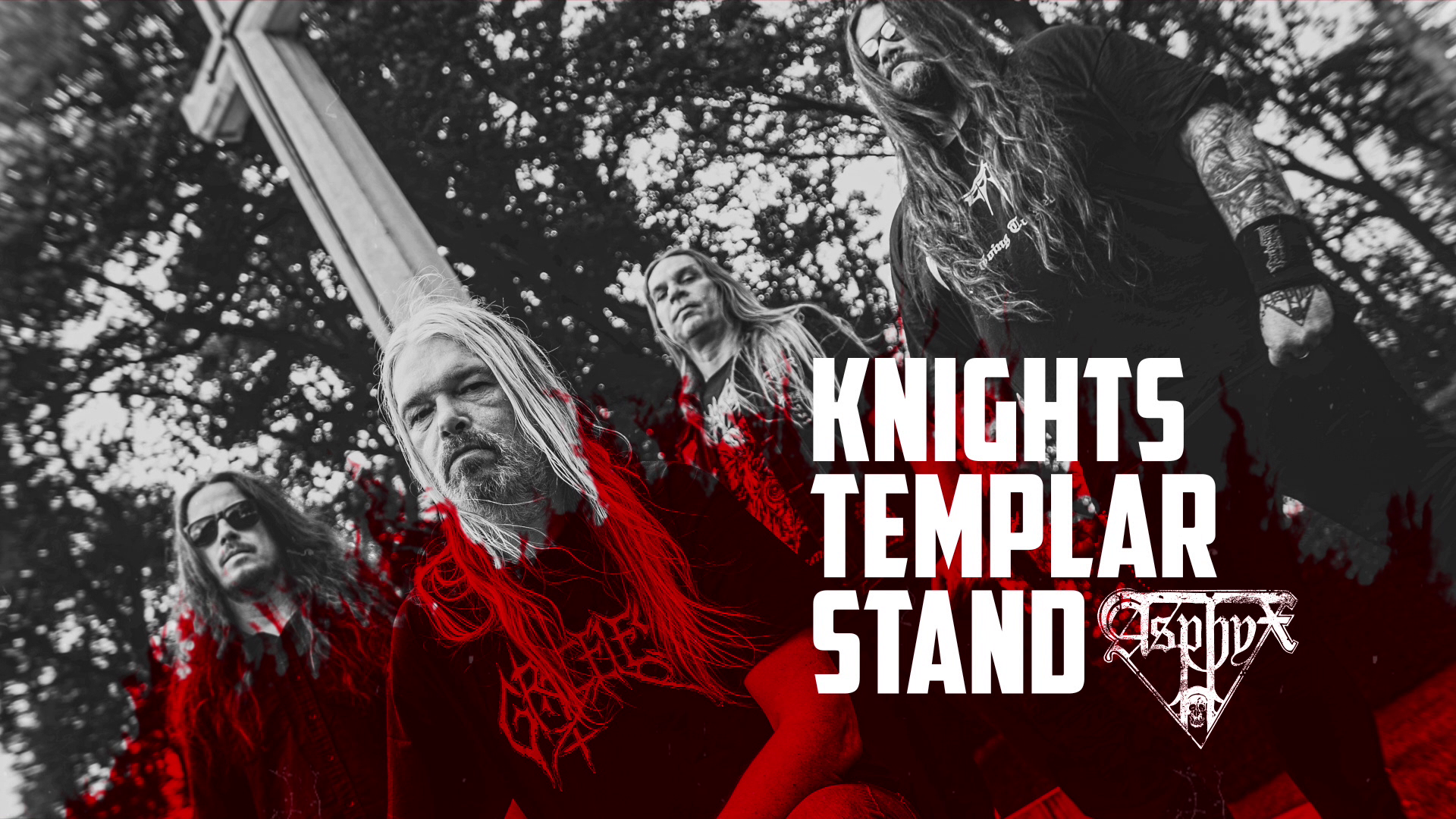 Therefore, ASPHYX are launching a second single for the album with the song “Knights Templar Stand” today, which can also be checked out in a lyric-video created by Maurice Swinkels / Younique Film (Legion Of the Damned, Exodus, Kataklysm, etc.) here: https://youtu.be/grkuAMJYv0M

ASPHYX frontman Martin van Drunen checked in about the song as follows: “A mainly very heavy uptempo track about the Knights Templar battling bravely in the Levant. Outnumbered by many, standing their ground until the very end. A typical ASPHYX song in our well-known neck-breaking metal style and fashion.” 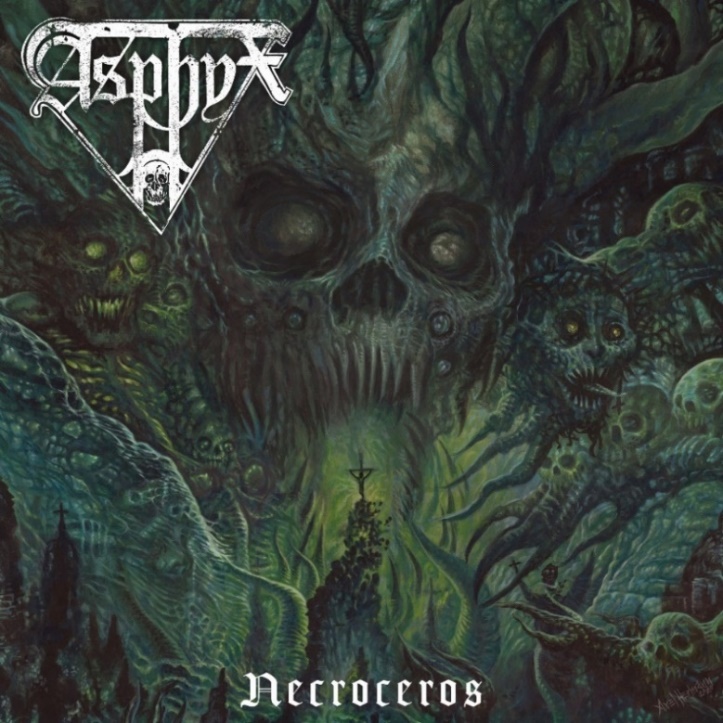 The strictly limited Deluxe 2LP version of “Necroceros” is available either as dark green-yellow-white splattered vinyl (Limited to 500x copies via CM Distro or the band) or as white-black marbled vinyl (Limited to 500x copies available from Nuclear Blast). Next to the “30 Years of Death Doom Domination” Bonus DVD, this Deluxe format of the album will come in Gatefold packaging with a bonus 12” vinyl, featuring 2 bonus-tracks (“Full Death Metal Scenario” and “Triple D”) on side C and an Etching on side D. This edition also includes the double-sided A2 poster, an exclusive LP booklet of 24 pages as well as an originally signed ASPHYX photocard.

The pre-order for “Necroceros” in all its various formats is available here:

In addition to several festival appearances coming up for 2021 and 2022, ASPHYX have most recently also announced a very special FREE live-stream release show event for “Necroceros” to be held on Saturday, January 23rd, 2021 at the “Metropool” venue in Hengelo, The Netherlands. Save the date and stay tuned for more details fir this special event to come soon… 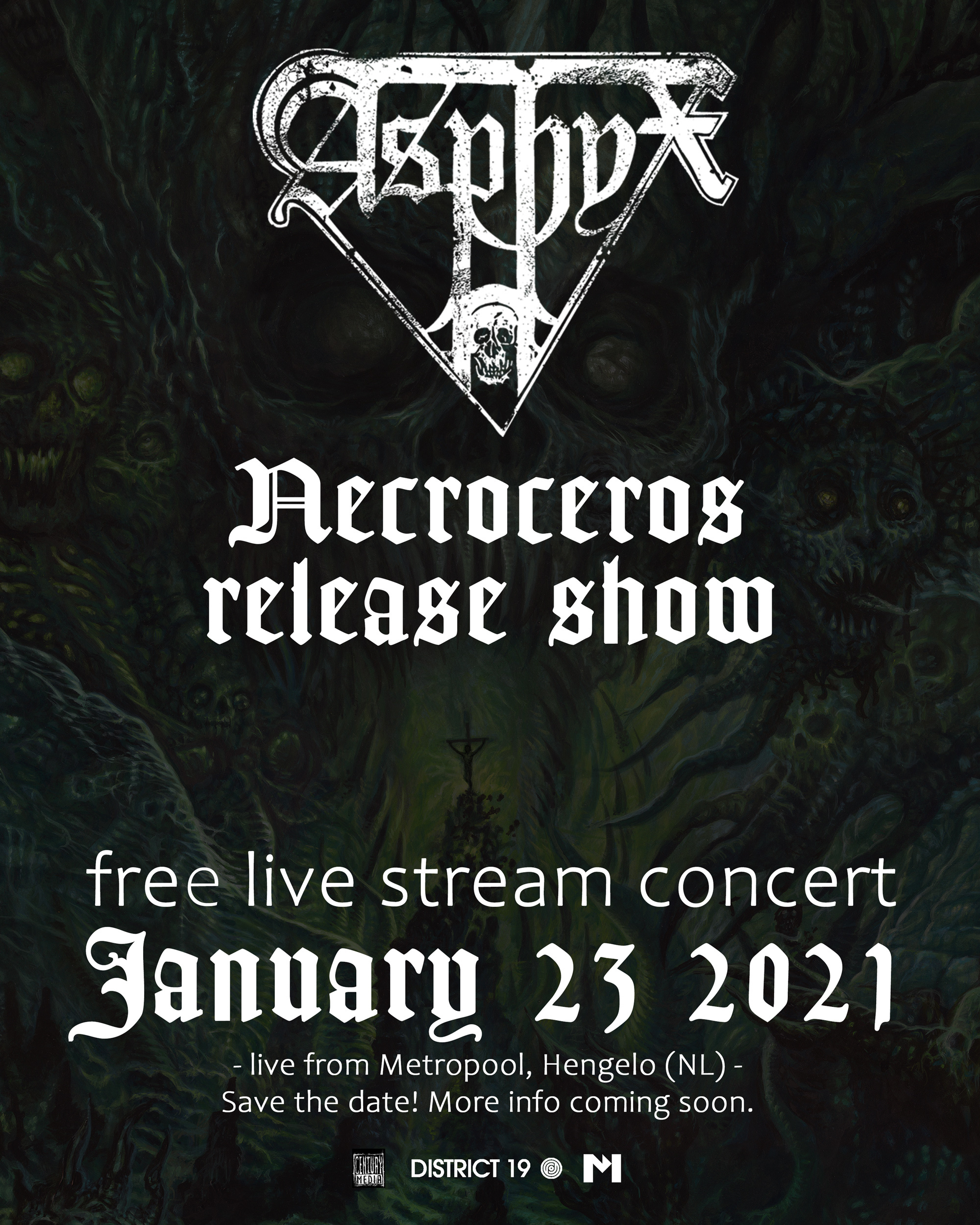 * New or changed since last update!

And many more shows and further ASPHYX news to follow soon… 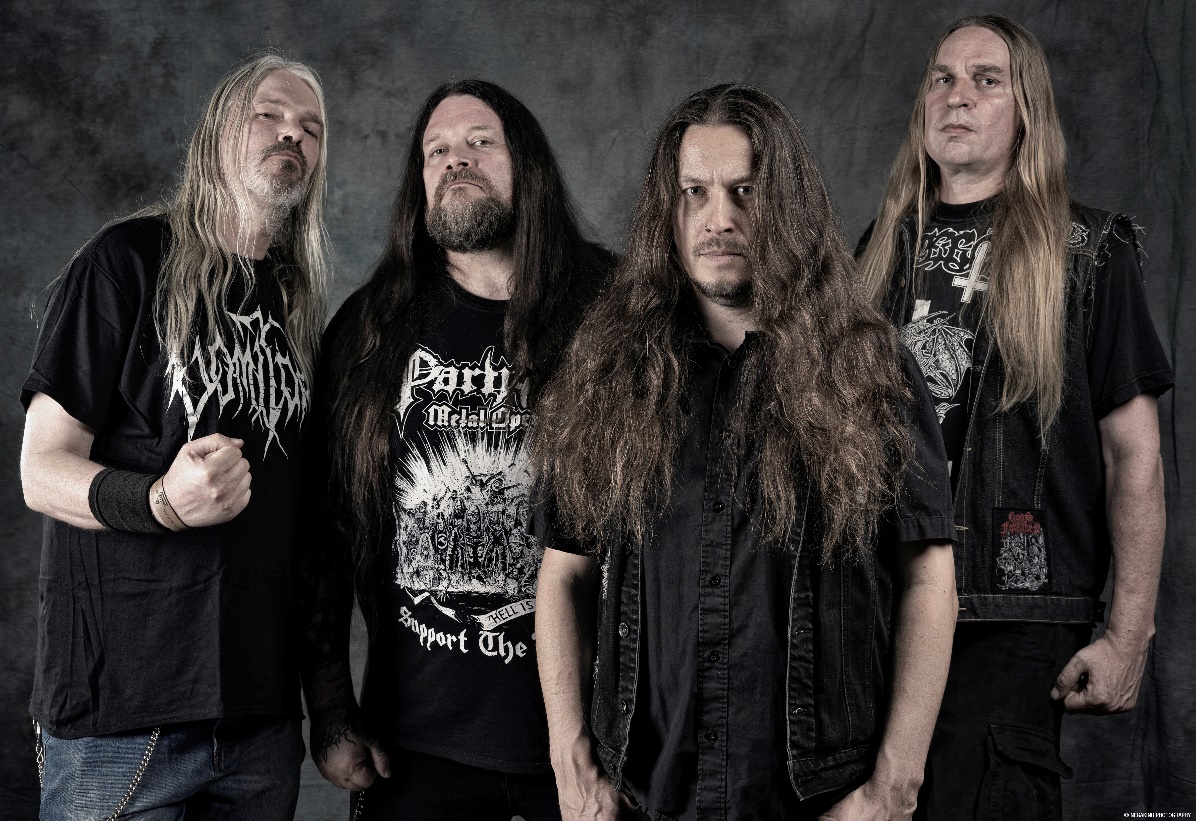