“TONIGHT IS THE NIGHT I DIE”

“THE BASTARDS: VOLUME ONE”

“Among all of the rock bands to capture the ears and hearts of the younger generations, few have done it better than the three brothers in Palaye Royale.” – SPIN 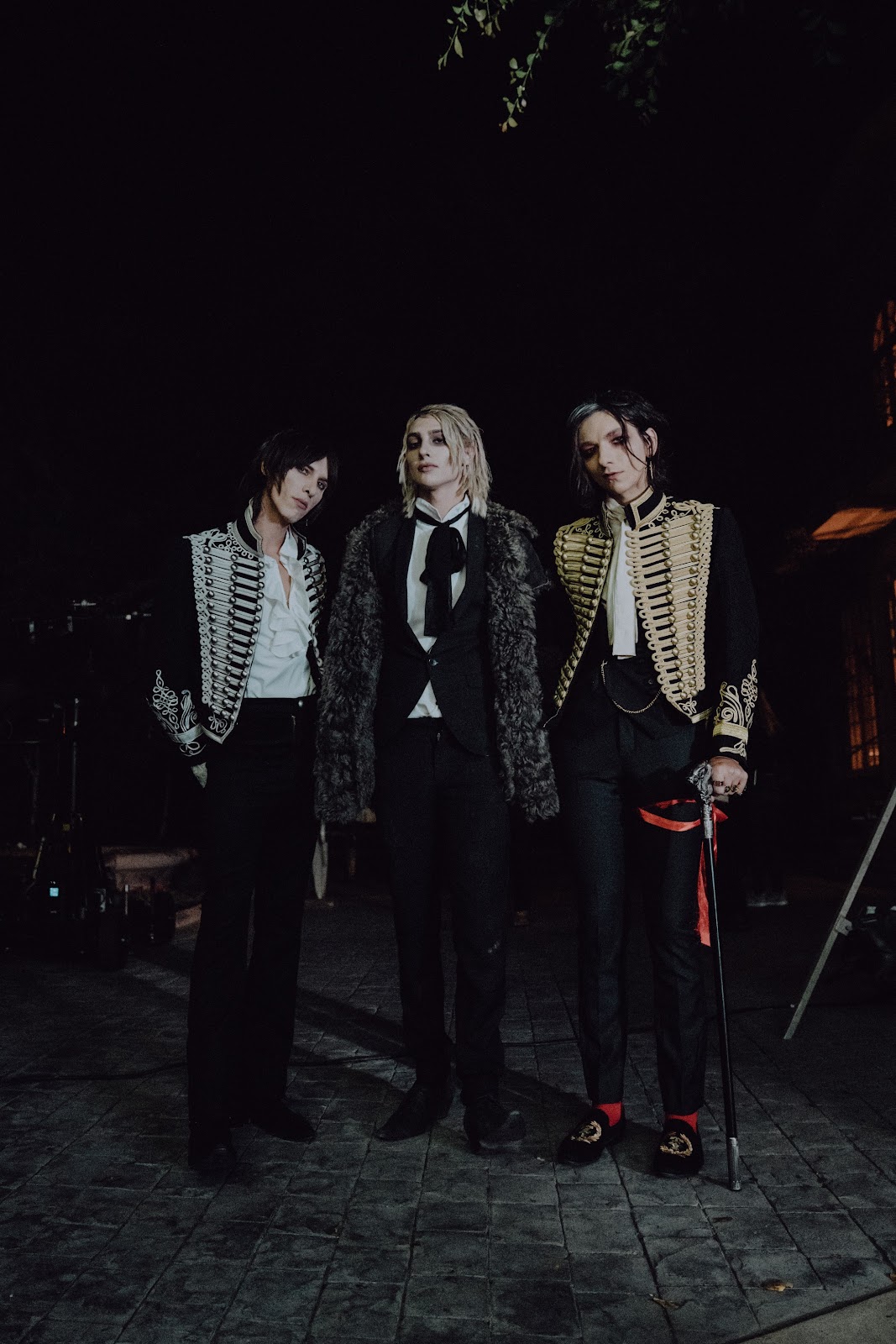 Obviously COVID-19 was a big concern when on set for the video shoot so, not only was every member of cast and crew tested prior to being allowed on set, in an industry first, Palaye Royale partnered with Light Strike by Xenex who sent their amazing sanitization robots to the set to sanitize everything every 30 minutes and keep everyone safe using their patented Pulsed Xenon UV light system that produces UV across the entire germicidal spectrum.

“Tonight Is The Night I Die” is taken from The Bastards, the highly acclaimed third studio album from the Palaye Royale brothers. The song was recently used as the soundtrack for the teaser trailer for hotly anticipated TV series Paradise City which also stars Amanda Steele and for which Palaye Royale frontman, Remington Leith, recorded all the vocals for the lead character, Johnny Faust, played by Andy Biersack.

The track follows a string of hugely popular singles – the infectious “Hang On To Yourself”, fuzzy, distorted brit-pop infused “Nervous Breakdown”, anti-gun violence anthem “Massacre, The New American Dream”, the heartbreakingly relatable “Lonely” and the bombastic, industrial tinged banger “Anxiety”. The musical dexterity showcased on THE BASTARDS demonstrates just how far the band have grown as songwriters, rounding out their already accomplished arson with flourishes of electronics, metal beat-downs, drum n bass beats and haunting string arrangements. There are singles on the album, luminous highlights, but it’s also a piece of work that works beautifully when listened to as a whole.

Lyrically, the album addresses a number of important issues, prevalent to today’s youth – struggles with mental health, the gun violence epidemic, substance use as a means to escape a difficult reality and parental abandonment all play a part in the album’s rich lyrical tapestry. Speaking on the band’s refreshingly honest and open approach to writing on the new album, Remington adds:

“We need a little honesty and a little truth. The world is getting so tainted by everyone trying to be so fucking perfect and so goddamn PG and trying to walk this line of not trying to offend anyone. People need to be themselves, just for 20 minutes at least.”

In short, THE BASTARDS is an album that demands your attention.The world needs PALAYE ROYALE right now and PALAYE ROYALE have delivered in spades. 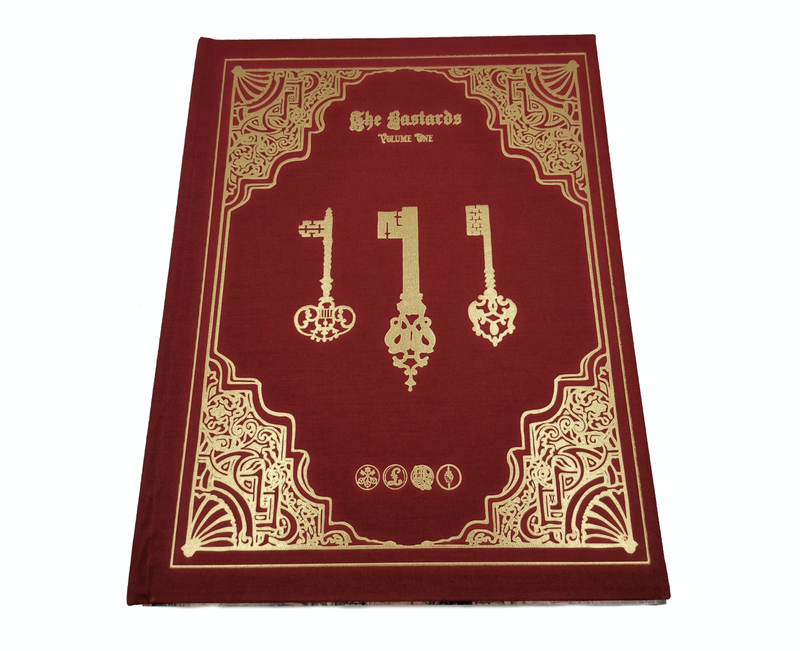 Palaye Royale also recently released their long awaited graphic novel accompaniment to their latest full-length. The Bastards Volume One features 260 pages of artwork and literature, intricately created and obsessed over for the past three years, every single page hand drawn by Palaye Royale drummer Emerson Barrett and XoBillie. Speaking on the release of The Bastards: Volume One, the band share:

“Welcome to the world of Palaye Royale, where one can reside, reign and recreate themselves when destroyed by living. Ever since the conception of the band and the first single “Morning Light”, we have been hiding pieces of this story within the lyrics, artwork and visuals. Finally, after years of world, the doors are opened for all to enter. The best travel once can take in times like these is inside their own mind, in memory or imagination. Get lost in the pages of our book. Enjoy the ride. Love the void.”

PALAYE ROYALE are leading a generation in togetherness through honesty, danger and infectious art-punk. They have clocked up a whopping 224 million total streams across their catalog and 58 million YouTube views across all their music videos. They have been written about in SPIN, NME, Classic Rock, The Guardian, Billboard and have covered Alternative Press twice.

Their album Boom Boom Room Side B was released in September 2018 via Sumerian records and saw an impressive first week on the Billboard charts, debuting at #17 on the Top Albums Chart, #3 Top Alternative and #6 Top Rock. The lead single from the album, ‘You’ll Be Fine’ hit #23 at rock radio and to date has had 10.5 million streams on Spotify.

PALAYE ROYALE have gone from playing any show they could whilst sleeping in their car to playing mega-arena shows with names as iconic as Marilyn Manson, Rob Zombie and Stone Sour, clocking up an incredible 700 shows in 4 years. That, plus appearances at festivals such as Reading and Leeds, Download, Sonic Temple, Isle of White, PinkPop and Nova Rock, has seen PALAYE ROYALE garner a reputation for being one of the best, most exciting live bands in the world.