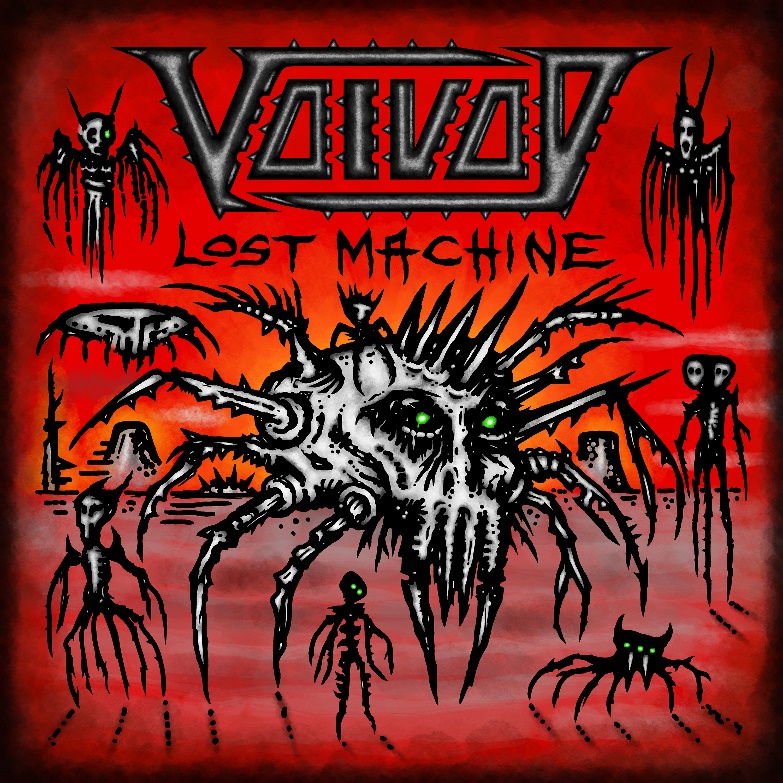 Canadian progressive sci-fi metal innovators VOIVOD will soon return with a much overdue new live release. Entitled “Lost Machine – Live”, the album was recorded in Québec City during the worldwide touring cycle for the band’s latest studio album “The Wake” and will be released on November 27th, 2020 worldwide via Century Media Records.

A second single for the live-release is being launched today, so make sure to check out “Iconspiracy” here: https://youtu.be/Znf1JaT07nc

“And now, ‘Iconspiracy’, the second single/video from our upcoming release ‘Lost Machine – Live’. Like the video for the first single ‘The Lost Machine’, the footage comes from the Montréal Jazz Fest 2019 and the audio is from the Québec City Summer Fest 2019, where the entire live album was recorded. ‘Iconspiracy’ has become one of our favorite songs to perform on tour since the album ‘The Wake’ came out in 2018. The video direction is by Felipe Belalcazar and my art was animated by Jaan Silmberg. There are a lot more projects in the works. Meanwhile, have fun with this one!”

Previously, the track “The Lost Machine” was debuted as first single/video here: https://youtu.be/zG8QfDEsPC0

Both clips feature audio recorded in Québec City (07/13/2019), video filmed in Montréal (06/30/2019) and material processed in Morgöth (2020). The videos were directed and produced by Felipe Belalcazar / Mental Pictures.

“Lost Machine – Live” consist of 13 tracks across 74 packed minutes of playing time by one of the best live-acts in this day and age. Here is the track-listing for the release:

“Lost Machine – Live” will be available as limted CD with O-Card packaging (in its first European pressing), as Digital Album and as Gatefold 2LP on 180g vinyl in the following variations and limitations:

“Lost Machine – Live” can be pre-ordered in its various editions here: https://voivodband.lnk.to/LostMachineLive/

Previously this year, VOIVOD have released a 3-track 12” Vinyl and Digital EP entitled “The End Of Dormancy”. The EP is centered around a special “Metal Section” version of the title track “The End Of Dormancy” (Off VOIVOD’s latest, Juno Award winning album “The Wake” from 2018) with added trumpets, saxophone and trombones. Check out a remarkable video-clip for “The End Of Dormancy (Metal Section)” directed by Syl Disjonk and produced by Igor Simonnet here: https://youtu.be/iv321MReYW4

Also check out the previous videos off VOIVOD’s latest and much acclaimed 14th studio album “The Wake” here:

“The Wake” and “The End Of Dormancy – EP” are still available in various physical editions here:
https://www.cmdistro.de/Artist/Voivod/198?Page=1&PageSize=25&Sort=13

In other news, VOIVOD’s appearance as part of Century Media’s “Isolation Festival” online event has now been made available here to re-watch: https://youtu.be/v92HSqUPJVU?t=12181