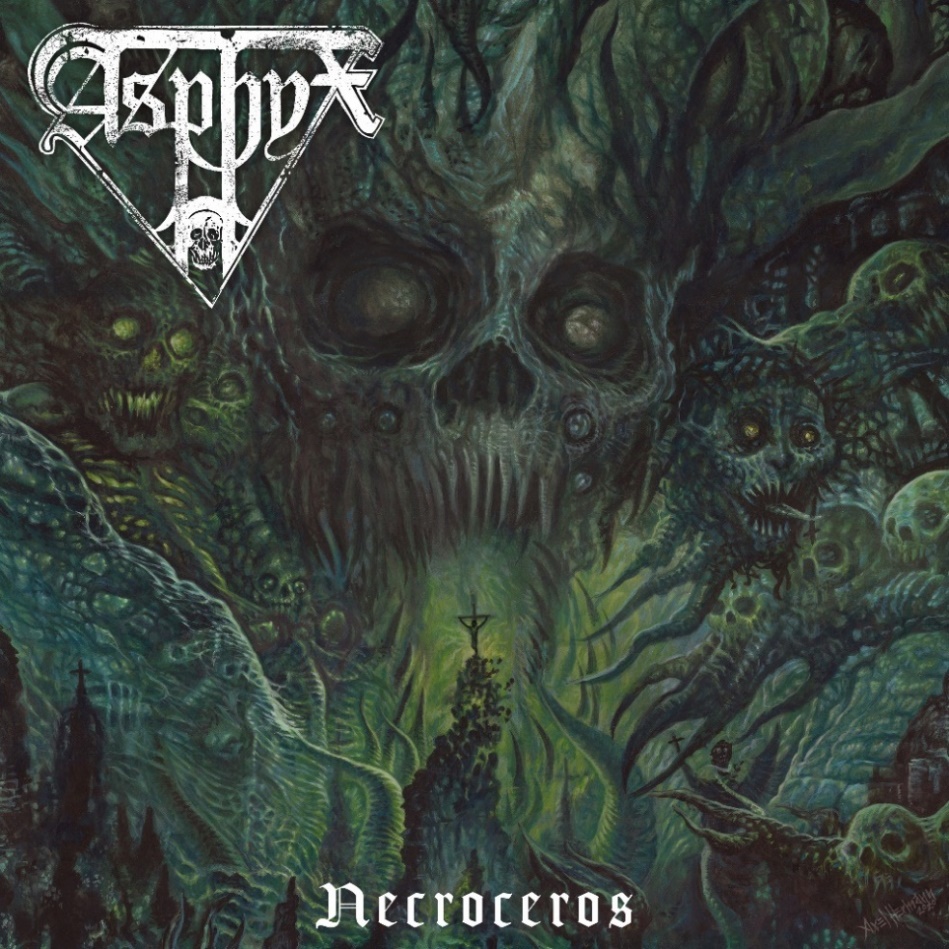 The legendary Dutch Death Doom Elite ASPHYX finally return with their new, 10th full studio album release. Entitled “Necroceros”, the new longplayer was recorded at Tom Meier’s Tom Meier Studio and at Paul Baayens’ The Mörserstudio and then finally mixed and mastered by Sebastian “Seeb” Levermann at Greenman Studios. “Necroceros”, which once again features front cover artwork by Axel Hermann (which you can see above), will be available worldwide on January 22nd, 2021 via Century Media Records.

“The first recordings for “Necroceros” started somewhere in November 2019. Mainly just rough ideas. We hired Tom’s studio for a couple of jam-sessions so we could record as soon as we thought something had potential. We finished about 6/7 songs, but after a few listenings we decided there had still quite some work to be done.

After the 3 previous albums and this one being ASPHYX’s 10th official full studio record we were very well aware that the standard had to be incredibly high. Our advantage was that for the first time we had a steady line-up. Since “Incoming Death” we were damned good “worked in” together, one “felt” what the other wanted or where he was music-wise going. With Paul having tons of riffs on the shelves, the earlier takes and the unexpected rapidly spreading Covid-19 outbreak and thus all our gigs being canceled one after the other, we booked Tom once more for a bunch of jam-recordings. Which turned out marvellously…

It took 2 weekends to finally arrange all songs and tape the drum-tracks. Going completely berserk while playing and being totally satisfied with the variety, rawness, brutality and dynamics of each particular track, we were 100% certain that we were heading in the right direction.

Long before all the above was happening, I already had introduced “Necroceros” as a working title. It came out spontaneously, sounded powerful and since we used the word “Death” in every release-title, so did “Necro”. The idea was a sci-fi fantasy entity on an eternal course, existing only to devour planets, turning universes into meaningless voids. And while the boys were laying guitars and bass over the drums I searched and wrote the themes and lyrics for every single track.

To mix with Seeb was a shot in the dark, but he had told me one of his wishes was to ever be able to mix a Death Metal album for a band like ASPHYX. And since we wanted a fresh input, we gave him a chance by letting Seeb do a test and it fused simply excellent.

As always, we passed the working title on to Axel Hermann to skizz about and let him throw his morbid imagination over it with detailed bits and pieces. And once more he didn’t let us down with another brilliant masterpiece.

A first single and video clip for the upcoming album will be launched together with more details about “Necroceros” at the start of the album’s pre-order campaign on November 6th. 2020. Look out…

ASPHYX’s previous and much acclaimed studio album “Incoming Death” was released in September 2016 and entered the official sales charts in various European countries as follows: Germany: # 30, Switzerland: # 67 and Belgium (Wallonia): # 78.

And you can still order “Incoming Death” and other titles by ASPHYX here: https://www.cmdistro.de/Search?q=asphyx 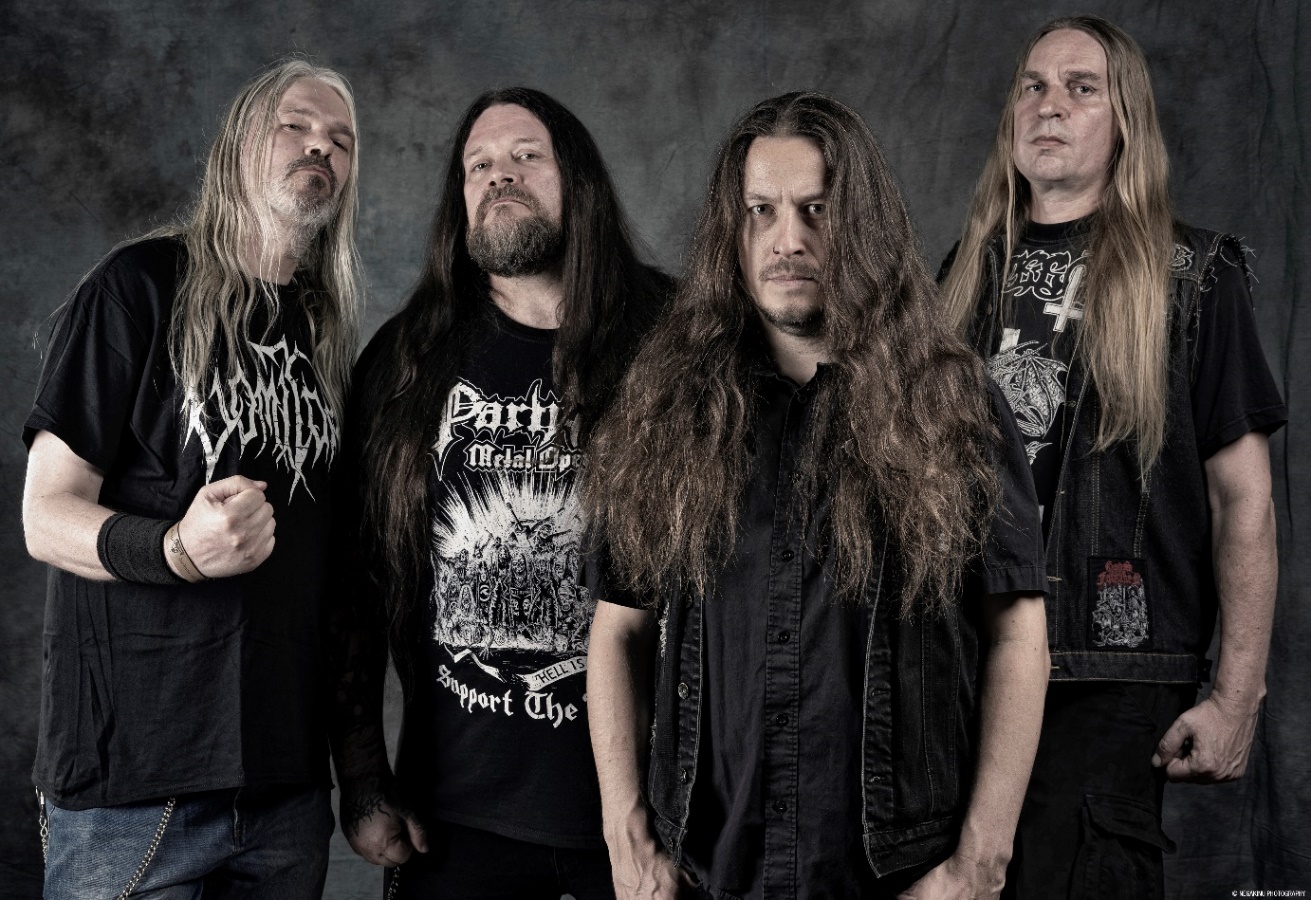 ASPHYX line-up:
(from left to right)