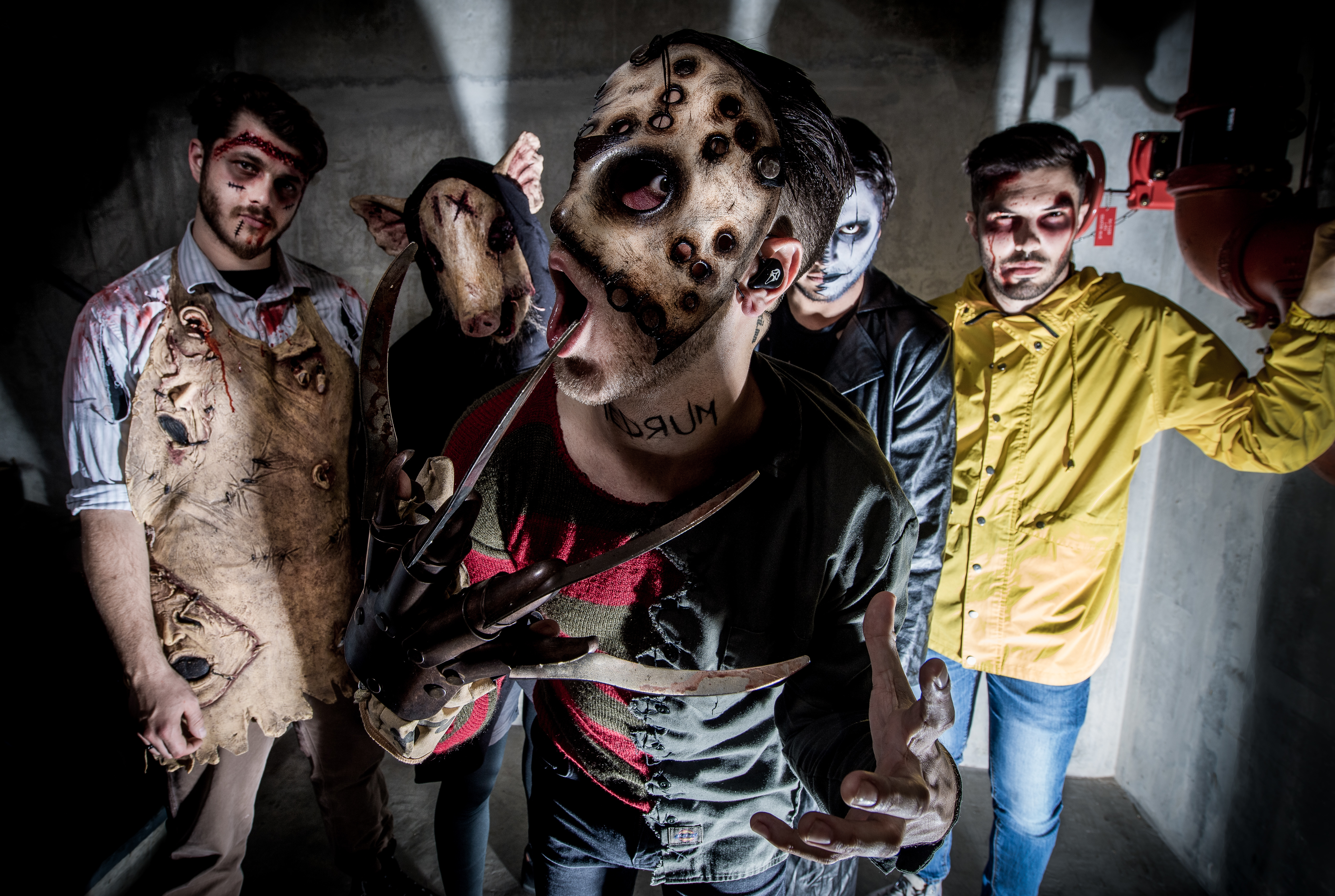 On April 26th 2019, ICE NINE KILLS were scheduled to play at The Walt Disney owned House Of Blues in Orlando, but the show did not go on. Claiming INK’s music was, “too evil for children”, Disney permanently banished the group from stepping foot anywhere on Mickey’s soil.

The band responded by launching their “Too Evil For Children” Disney inspired merch line in protest, and held a sold out show at The Soundbar on July 25th.

Today, the band released a mini documentary which chronicles the events of their triumphant return to the city from which they were banned.

Frontman Spencer Charnas comments: “Looking back at the Disney incident fills me with nothing but laughter. When I first heard about the ban I was perturbed strictly because we love playing in that city. But rather than mope and cry about it, I had the idea to poke fun at the situation by creating a merch line of beloved Disney characters and inserting them in slasher movie scenarios.

This mini documentary chronicles our triumphant sold out return to Orlando and the chaos that ensued..”

Alongside the doc, ICE NINE KILLS have launched a sequel to the original merch line appropriately titled, “Too Evil For Children: Part 2” at nightmareontheninth.com 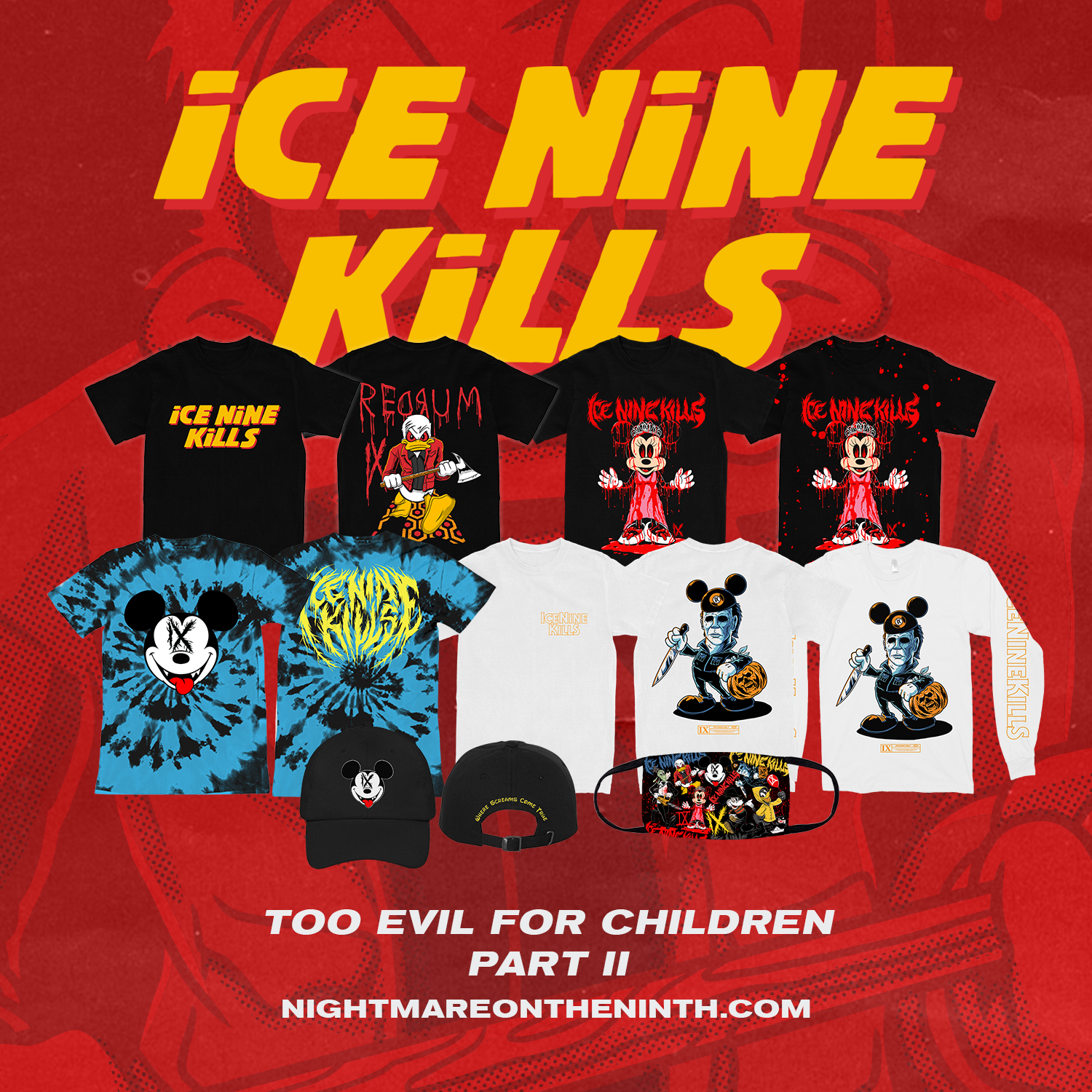 ICE NINE KILLS summon the most captivating elements of metal, punk and hard rock and combine it with melody, cinematic obsession, and a literary fascination.

After a decade of studio wizardry and live theatricality, ICE NINE KILLS draws favorable comparisons to rock icons like Slipknot, Rob Zombie, and Marilyn Manson, via a likeminded synergy of music, lifestyle, and cult following reverence. With 1 million monthly listeners on Spotify, a combined social media reach of over 762k and over 70 million views on Youtube, the band are firmly cemented as one of modern metal’s most ferocious forces.
ICE NINE KILLS online:
http://iceninekills.com/
https://www.facebook.com/IceNineKills
https://twitter.com/ICENINEKILLS
https://www.instagram.com/ice9kills/