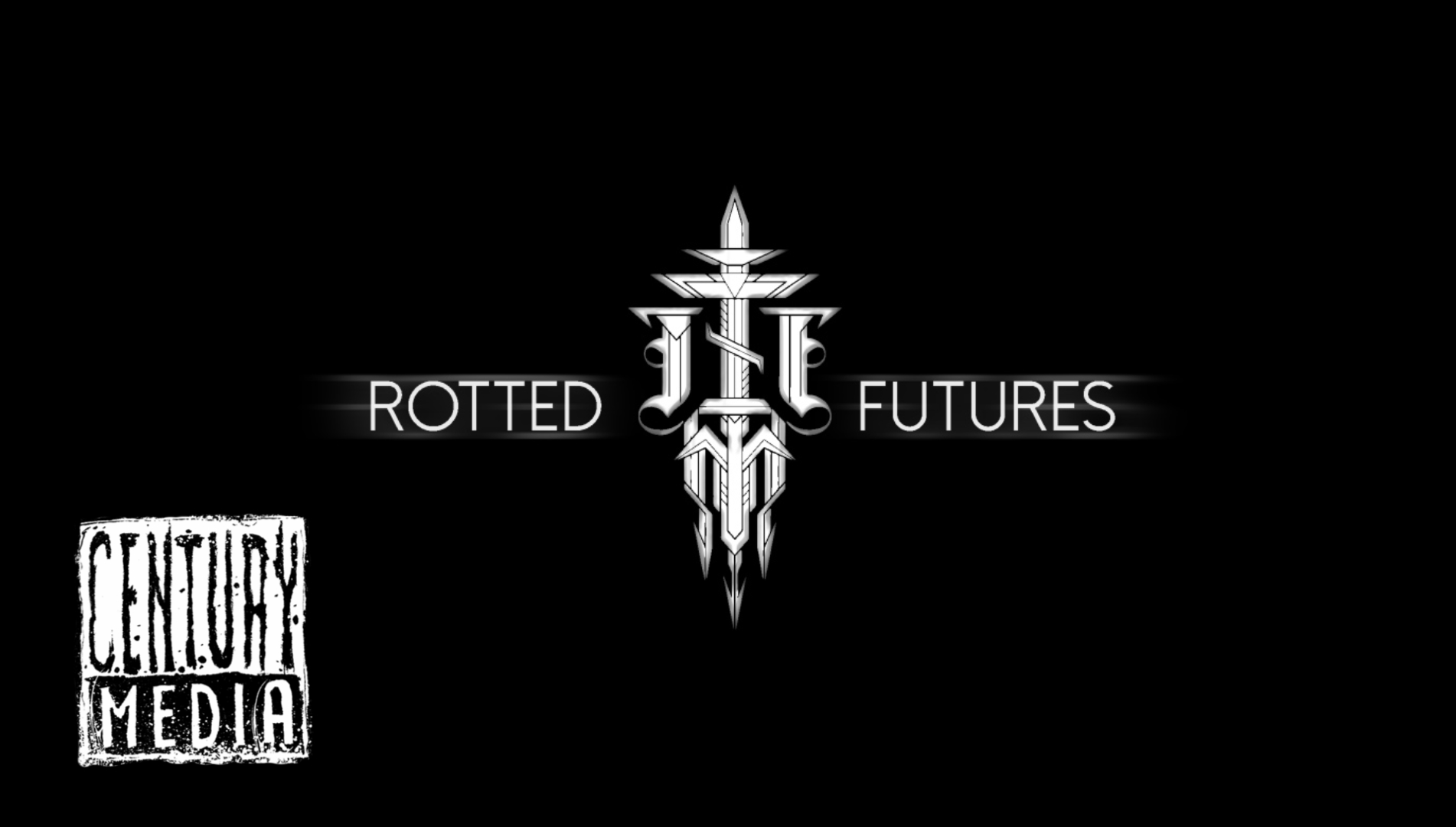 Today New York avant-garde metal outfit IMPERIAL TRIUMPHANT give a first taste of their up – coming fourth studio album “Alphaville”, which will be released on July 31st, 2020.

Follow this link to watch the video to “Rotted Futures”: https://youtu.be/qPkPY0zK8Yw

IMPERIAL TRIUMPHANT comment: “No one knows what the future shall look like. Well, some might know the shape of things to come. Some will bet on it. Perhaps we’re living it. Perhaps it will be quite different. If we had a special looking glass that could reveal millennia of repeated timelines we might observe big dreams for a bright future, built upon systemic shifts that eventually fall. Behold the future!”

“Alphaville” will be available in the following formats and can be pre-ordered HERE! 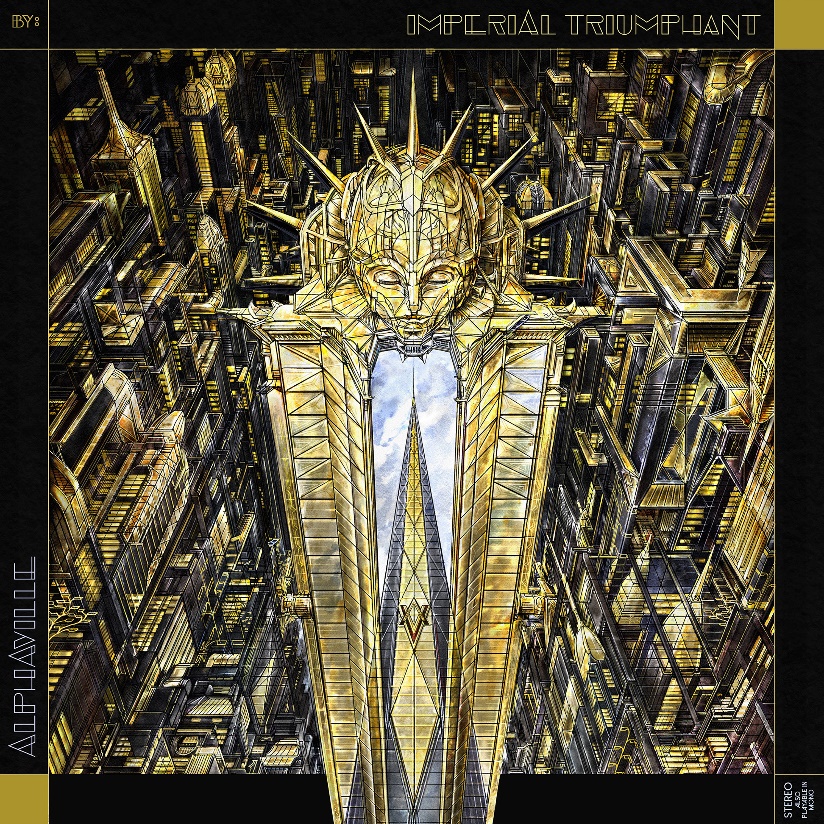 Also, make sure to check out the in depth behind the scenes that Metal Injection did while the band recorded “Alphaville” at Menegroth Studio in New York with engineer Colin Marston (Behold… The Arctopus, Dysrhythmia, Krallice and Gorguts) and Trey Spruance (Mr. Bungle) and IMPERIAL TRIUMPHANT producing: https://www.youtube.com/watch?v=UU7EljkkUo8

The band had a number of guest visiting them in the studio: 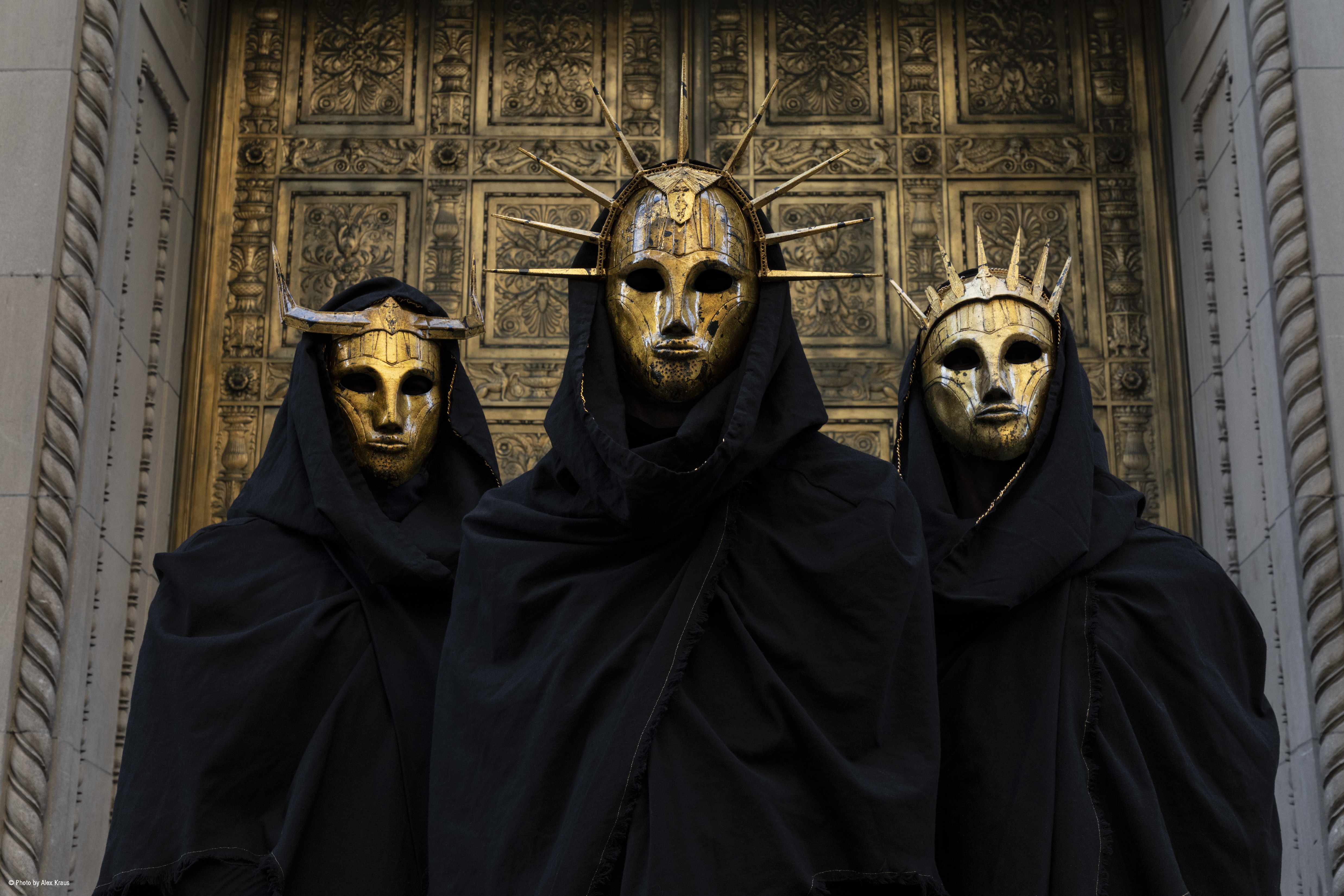 IMPERIAL TRIUMPHANT officially began with their 2012 debut release “Abominamentvm”. The line up consisted of Zachary Ilya Ezrin on guitar/vocals and the rhythm section of their NYC contemporaries: Pyrrhon. Soon they met with drummer Kenny Grohowski and began to feature him on their next two releases “Goliath” (EP) and “Abyssal Gods” (LP). In 2015, they introduced bassist Steve Blanco into their lineup. In 2016, they released another EP “Inceste” which they toured heavily that year with temporary second guitarist Max Gorelick. 2018 brought about their magnum statement: “Vile Luxury”. It is a full length record written collectively by the trio (Ezrin, Grohowski, Blanco) in homage to their hometown New York City that brought jazz elements to the avant-garde black metal style in a way never achieved before. They toured Europe and North America extensively from 2018-19 in support of that album.