Staying true to their innovative spirit, Grammy nominated BONES UK have found a way to return the irreplaceable magic of a live show directly to people.

Last week, the band played a drive-in concert at an undisclosed location with the help of their longtime partnership with Blackstar Amplification. Those in attendance enjoyed the electrifying performance from the safety of their vehicles, all wearing masks and respecting current social distancing measures. You can watch a clip of the performance here, which opens with a shot of the band’s handcrafted sign, keeping with their DIY ethos.

Earlier this year, BONES UK joined Korn and Breaking Benjamin on their North America Winter Tour. The duo were due to continue the tour this May, followed by a string of dates supporting Royal Blood, and numerous festival appearances including Sonic Temple, Shaky Knees, and Aftershock, to name a few.

“So the idea for the drive-in concert actually came to me, Rosie, while on a psychedelic journey… haha…A quarantine buddy was going on about how we should all buy drive-in movie theatres and it was like “why the fuck can’t we do DRIVE-IN CONCERTS”!!!!

Then the next day started organising our first.

Obviously turns out some other people had the same idea. But there is room for them all. The difference is that ours is much more underground and punk. Like New York block parties. The energy at the first one was WILD. Like the beasts being (safely) unleashed.

We are getting organised for the next one now.

And just feel like it goes to show that, where there’s a will… there is ALWAYS a way.

Times like these when there are obstacles in your way, rules and safety concerns to work around actually ALWAYS bring out the most interesting solutions we think. You have to think outside the box which WE LOVE.

The band are currently working with other local communities across the US in order to take this show on the road in the coming months. You can view some shots taken at the first drive-in concert below: 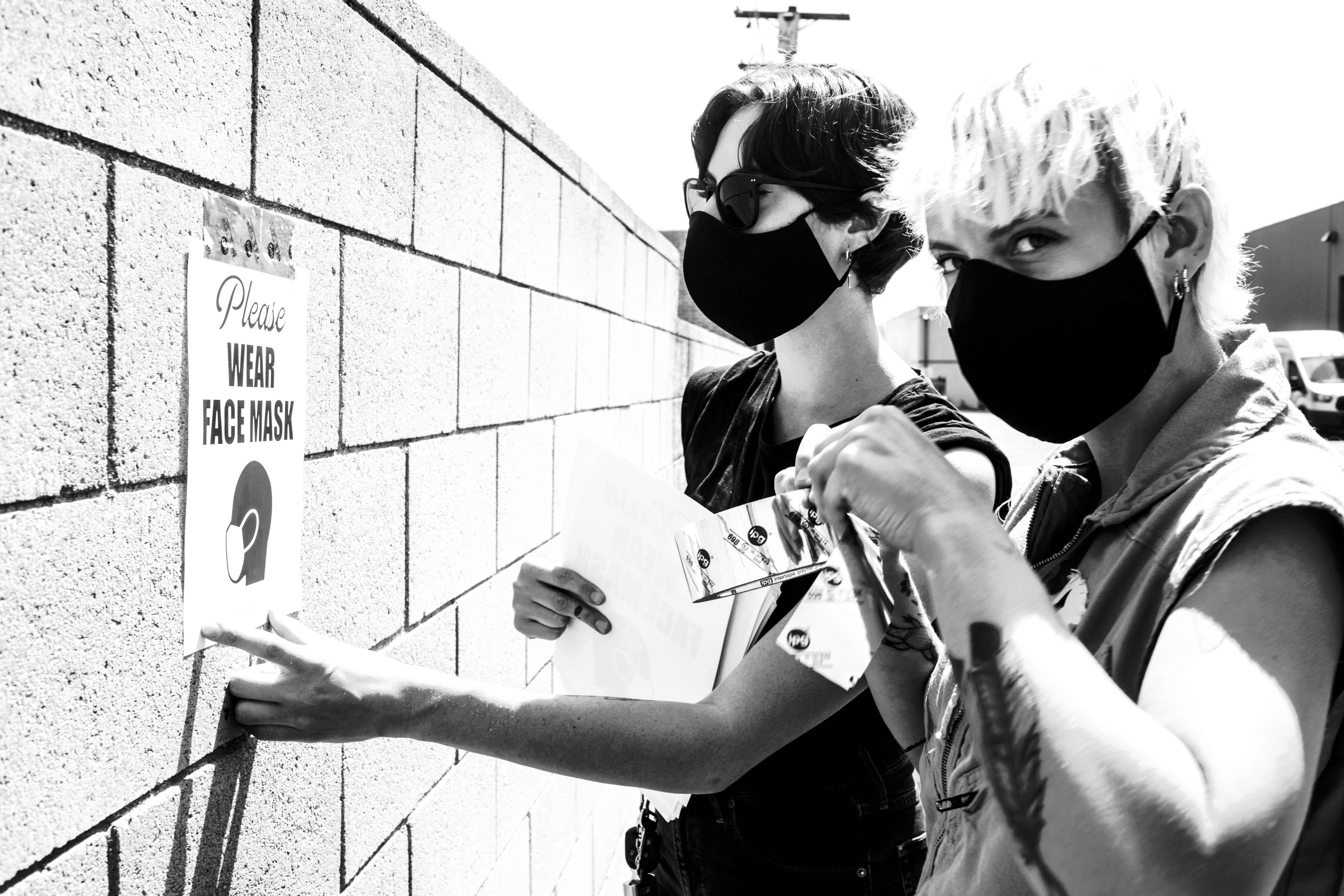 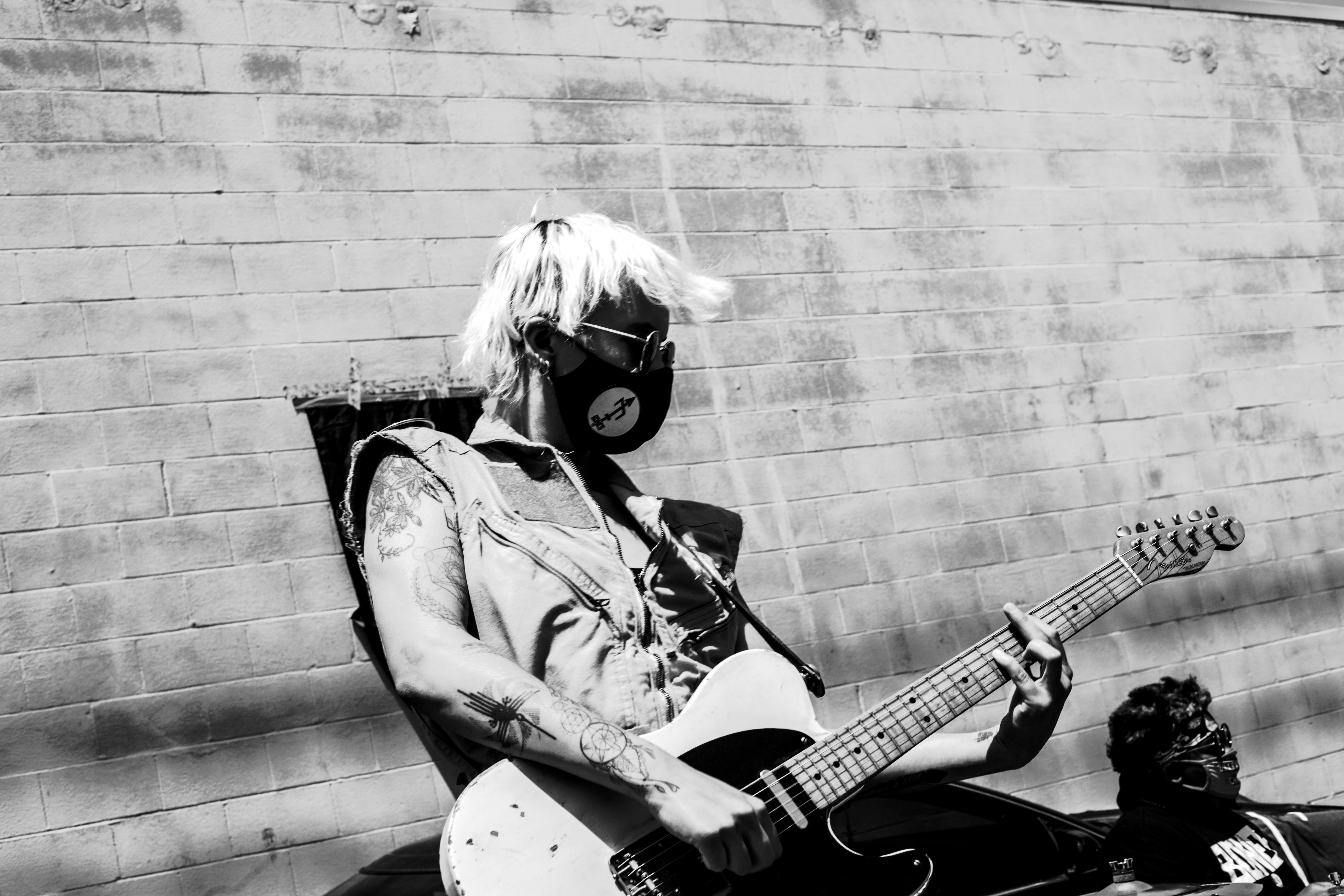 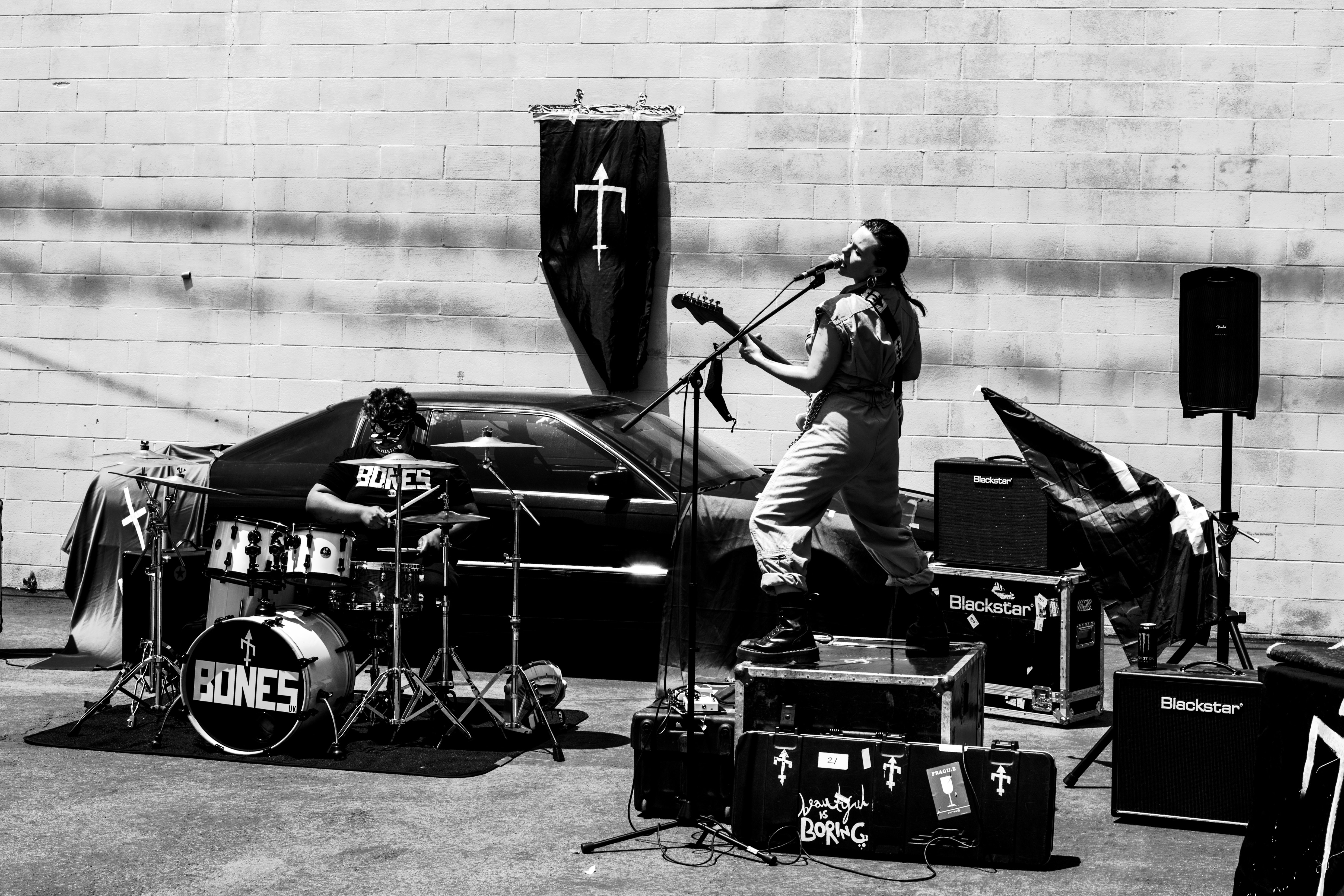 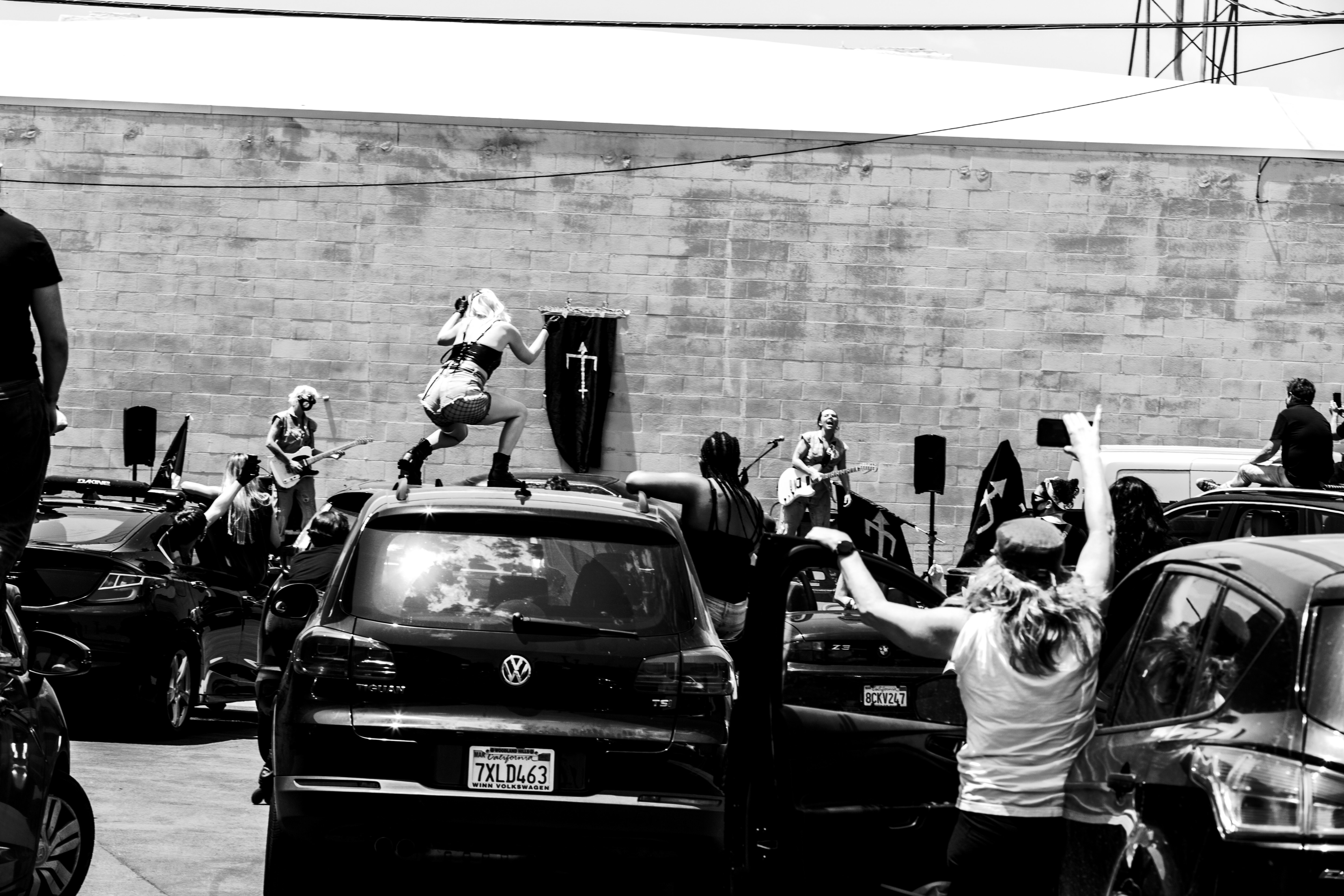 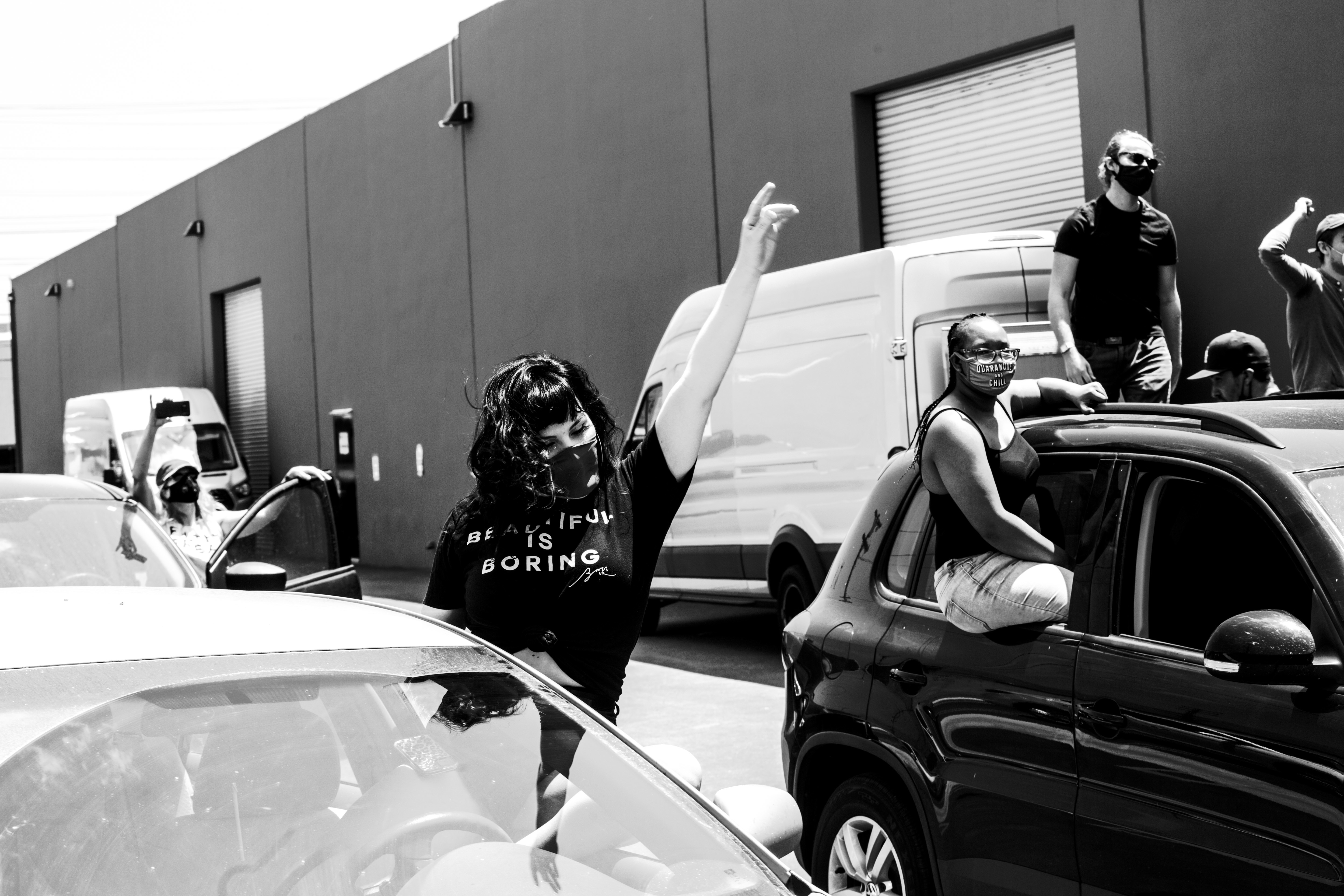 The London-bred, Los Angeles-based band, BONES UK are vocalist/guitarist Rosie Bones and guitarist Carmen Vandenberg, who unapologetically speak their truth and combine the disconnect between status quo and the glorious world inside their heads through heavy rock riffs and rough-edged electronics. Their self-titled debut album released July, 2019 includes a cover of David Bowie’s “I’m Afraid of Americans”, accumulating a total of 20M+ streams worldwide to date and earning them their first GRAMMY nomination in Best Rock Performance for the highly acclaimed song, “Pretty Waste”. The anthemic album magnifies beauty complexity, toxic masculinity and music-scene sexism with empowering lyrics.  Rosie and Carmen had the freedom to record the album anywhere in an avant-garde form such as in cars, bathrooms, and basements to capture a specific sound and vision unique to BONES UK.  The duo had an extensive 2019 of touring with Bush, Stone Temple Pilots, Alice In Chains, The Cult, The Struts, Tom Morello, Grandson and Simple Creatures and, appearing on The Howard Stern Show.