“FEET!” cements Nascar Aloe’s throne in the underground hip-hop scene (home to artists like Jasiah, $uicideBoy$, & Scarlxrd) as the king of the unpredictable & shocking, earning his 12M+ streams to date & popularity on TikTok. This quick track is a hailstorm of distorted drum n bass/trap with explosive rapping. Capturing the same audience who listen to Spilled Ink, Clout Culture, & Internet People, “FEET!” gives his cult-following of 250k+ another taste of what they love.

Check out the video for “FEET!” here. 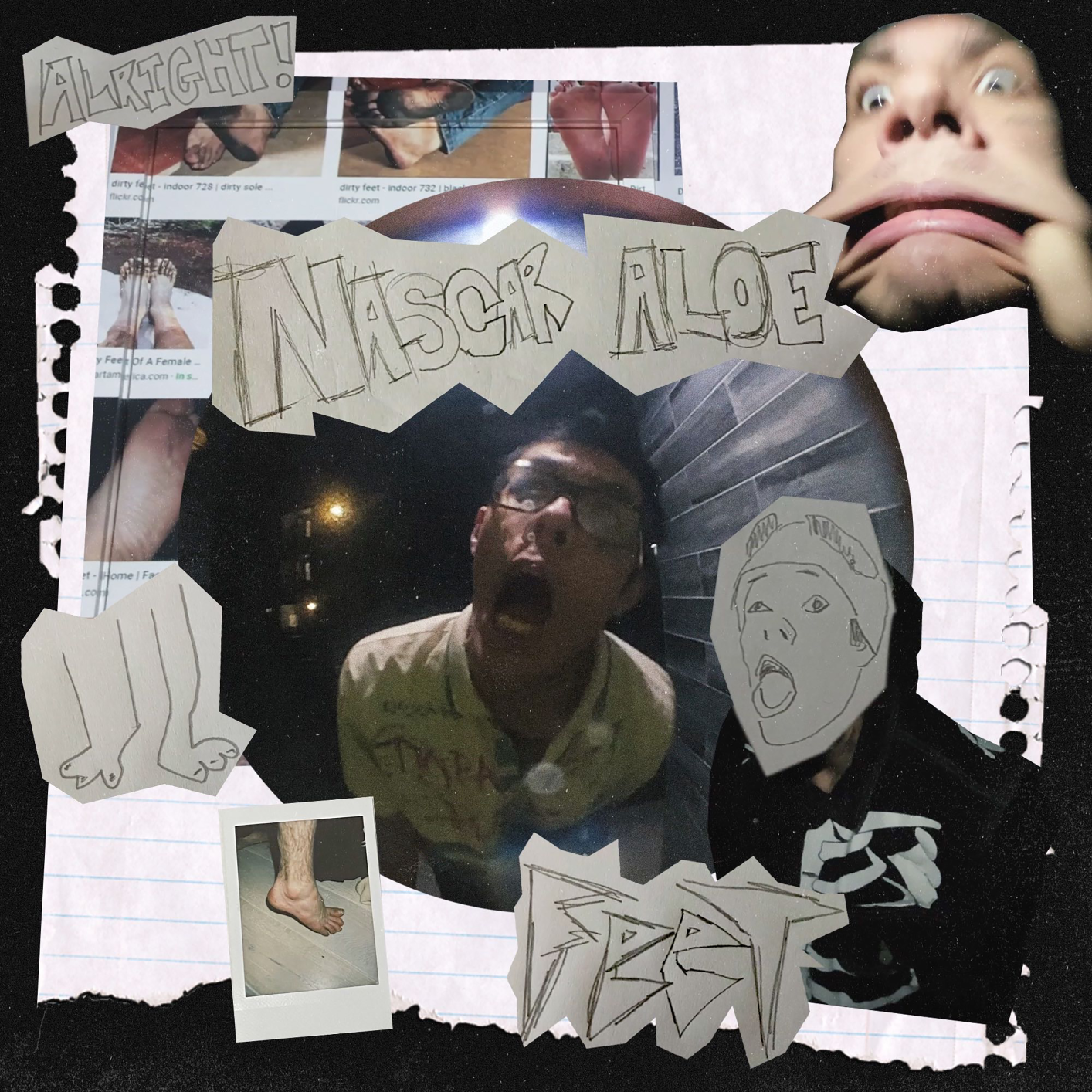 Originally from Lexington, North Carolina, Nascar Aloe began making music in 2013 as a way of self-expression, and has since been pioneering a new wave of rap with his unique and captivating blend of punk energy, raw 808s, and alarming visuals. In 2018, he moved to Los Angeles and began cultivating a die-hard fan base by self-releasing music on SoundCloud and taking over LA’s underground live circuit. In 2019, he released his groundbreaking Find Me EP and his debut full-length project, ShIthead.
For more information on Nascar Aloe, visit: