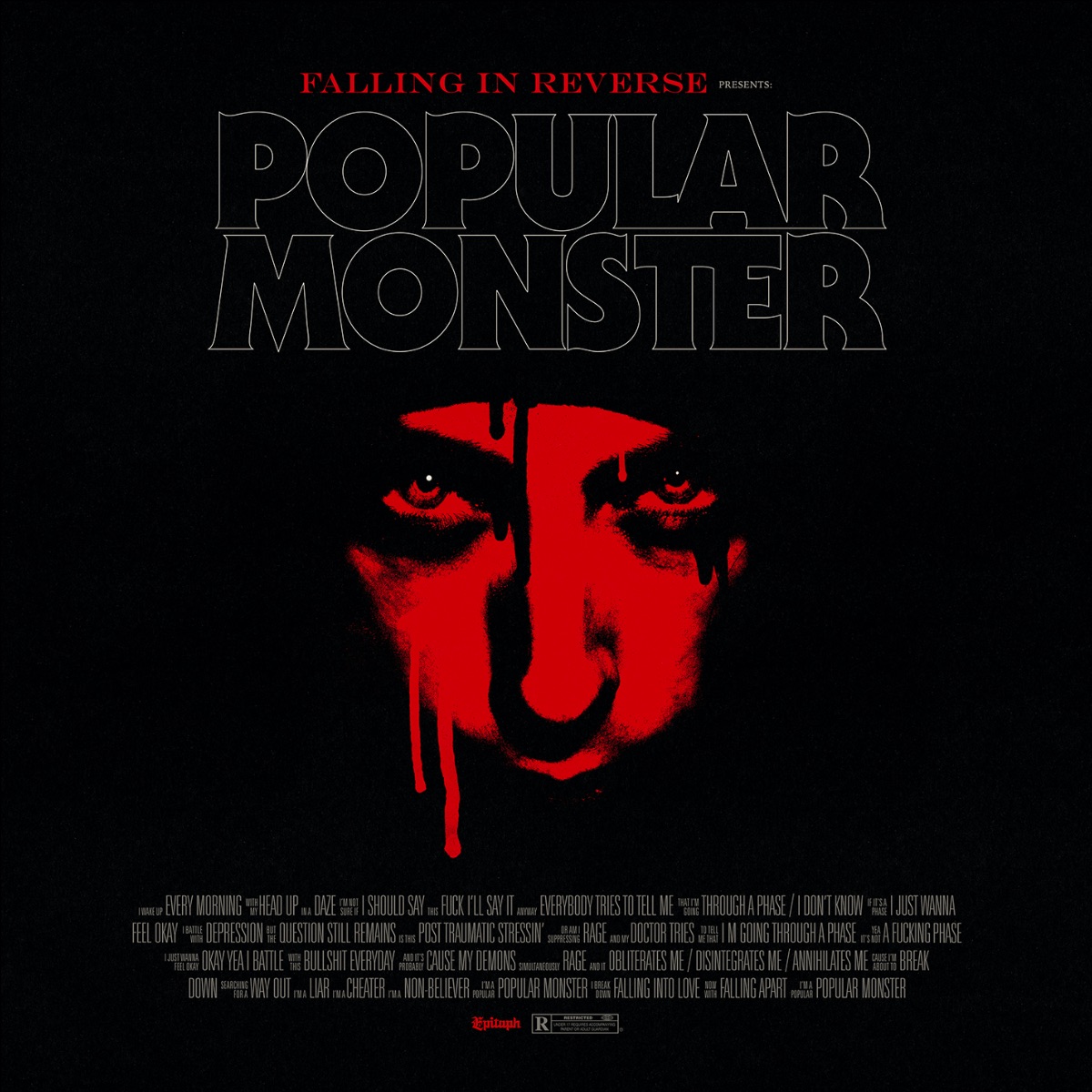 Falling In Reverse have shared another new song and video — this time in the form of the video for “Popular Monster.” Watch and listen here.

“‘Popular Monster’ is the voice inside my head, hoping you will listen,” says frontman Ronnie Radke. “It’s the story of a hero that’s been falsely accused and torn down by society. It shows what happens when you get pushed too far. You become exactly what they say you are, exactly what they want you to be — a monster.”

Earlier this year, Falling In Reverse dropped the song “DRUGS,” which features Slipknot and Stone Sour frontman Corey Taylor. Watch and listen here. It marked the third track in a successful trilogy of standalone songs and also included “Losing My Life” and “Losing My Mind.” The trifecta of videos has accumulated over 41 million combined views to date.

Falling In Reverse’s most recent full-length album, Coming Home, is out now via Epitaph Records.