RED DEATH checked in with the following comment about “Sickness Divine”: “This is the record we all wanted to collectively make and we feel good about what we did. Whatever aspects we liked from our past material have been fine tuned and amplified. Any new ideas we wanted to bring to the table fit perfectly and now has opened the door for future material. We wanted to create something unique for our time. A crossover record but one that fully establishes RED DEATH as just RED DEATH and nothing more. A fine balance between what we’ve done and what we needed to do. We started recording with Arthur Rizk in Philadelphia, PA around late May and finished up early August. We are gearing up to tour Europe with the CRO-MAGS as well as preparing ourselves for 2020 and beyond. We are beyond excited and can not wait to share what we’ve created with everyone!”

Once more produced by Arthur Rizk (Power Trip, Sacred Reich) and with cover art – to be seen above – by Timbul Cahoyno (The Black Dahlia Murder, Nocturnus A.D.), “Sickness Divine” is a sledgehammer-to-the-skull riff-ride across its 10 annihilating tracks. Here is the standard track-listing for the release:

Look out for the launch of the album’s first single as well as the album’s pre-order start to happen on September 27th, 2019. 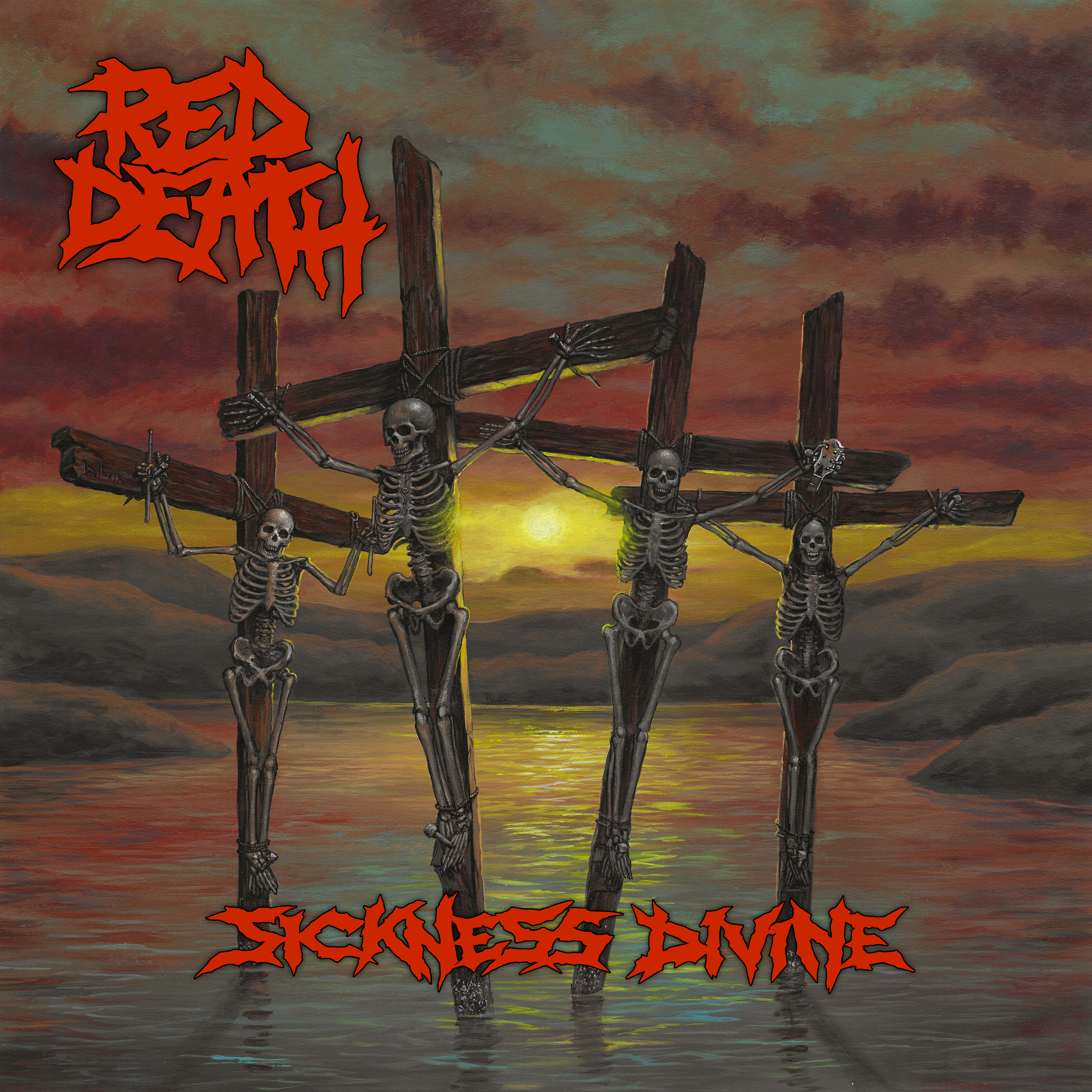 Next up, RED DEATH will be returning to European stages later this month supporting Hardcore legends Cro-Mags. Here is a list of upcoming RED DEATH live-shows: And many more dates will be announced soon…

Having played shows across North America with the likes of Power Trip, Iron Reagan, Municipal Waste, Exodus, Obituary, Terror and also a European tour with Foreseen last year, RED DEATH are currently working on the final touches of new material for their upcoming third album and Century Media Records debut. The album will be recorded with producer Arthur Rizk (Code Orange, Power Trip, etc) and is expected to be released later in 2019.

United by a love for “Master Of Puppets“-era Metallica, “Animosity“-era Corrosion of Conformity, Discharge and the best of 80’s Thrash Metal, RED DEATH was born out of a 2013 basement jam session between drummer Connor Donegan (also of Genocide Pact), guitarist Ace Mendoza and frontman Chad Troncale. RED DEATH became an underground favorite with the release of 2015’s “Permanent Exile“ followed by US gigs and tours with the likes of Power Trip and Obituary. With 2017’s “Formidable Darkness“ album and a line-up that saw Troncale assume bass and vocal duties as well as the addition of Enforced guitarist Will Wagstaff, RED DEATH proved themselves a force to be reckoned with as they blasted stages around the world. 2019 sees the band’s return to European stages supporting Cro-Mags as well as the release of their third full-length album “Sickness Divine” via Century Media Records worldwide on November 29th, 2019.