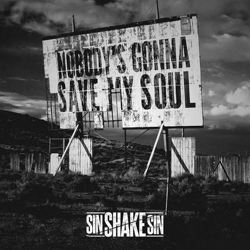 World renowned independent record label, Sumerian Records, have today announced the latest addition to their roster with the signing of Sin Shake Sin. Along with the news of the new deal, Sin Shake Sin have dropped the official music video for track ‘Nobody’s Gonna Save My Soul’. Watch the video here
Having already clocked up over 30 million streams, multiple TV/Film placements, and airplay on Sirius/XM Octane, Sin Shake Sin are excited about their next chapter after signing with Sumerian Records. Speaking on their new deal, singer/songwriter Stacy Hogan says

“Ash [Avildsen, owner of Sumerian Records] called me up, said he really loved the music and that he was excited to help take things to the next level.. I’m excited to be a part of the Sumerian roster along with so many other artists that I enjoy and respect. We share a common vision and Sumerian provides the freedom to cultivate that vision.”

The first single to be released from the new partnership, ‘Nobody’s Gonna Save My Soul’, is a soulful, swampy rock anti-hypocrisy anthem. Full of accusatory lyrics and catchy hooks, it shines a mirror on those who like to judge but not be judged themselves. Stacy says

“The video involves a cult-like congregation who’ll stop at nothing to gain followers, only to reveal they aren’t who they seem. This is commentary on those throughout my life who have went out of their way to judge people only for the purpose of distraction away from their own guilt. We see this every day on social media, which can also be like a cult.”
Much has happened since Sin Shake Sin’s founder Stacy Hogan hit ‘upload’ on his self-released project’s debut.
Unsigned, Sin Shake Sin managed to reach #5 on Billboard’s Rock Radio Most Added charts in late 2017 with their independent single ‘Can’t Go To Hell’, which was also added in to hyper-rotation on SiriusXM Octane.

Recently featured as the ending credits song for the Netflix movie ‘Little Evil’, as well as prominent placements in the hit TV show Vampire Diaries, WWE Raw and more, Sin Shake Sin has accomplished many things in a short period of time. Sin Shake Sin is Stacy’s most passionate project yet.  He wrote, performed, and produced it himself.

Stacy Hogan has been a professional studio musician since he was 15, doing session work with a wide variety of artists. He has written over 15 major label songs for other artists across multiple genres, including 2 Billboard Top 10 Hard Rock singles, and even produced an album that topped the Billboard Classical charts in August 2017. After licensing his music for TV/Film as well as winning multiple songwriting awards, he decided to reboot and begin his new project, Sin Shake Sin.

The concept – It’s about awareness. The power of information vs. the power of misinformation. It’s about no longer sitting by idly while your life gets controlled by others who are only looking out for themselves. It deals with one of the most dangerous epidemics we face today: Complacent Ignorance. 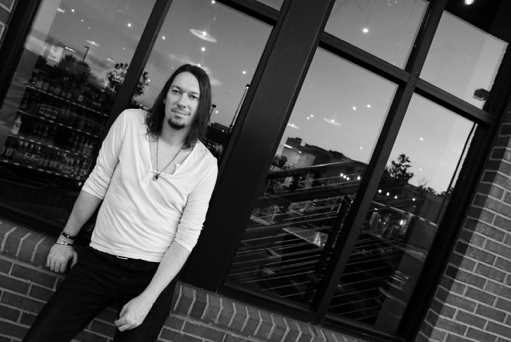