German black metal force ULTHA is announcing the “Constructs Of Separation“ Tour for October, their second headlining tour in support of their latest album, “The Inextricable Wandering”, which was released in October of 2018.

ULTHA comment: “In October we will embark on our annual one-week fall tour, this time in cooperation with Stateless Society Booking and presented by Century Media Records and Vendetta Records. The tour will take us to parts of Europe we haven’t been before and we couldn’t be more excited.” 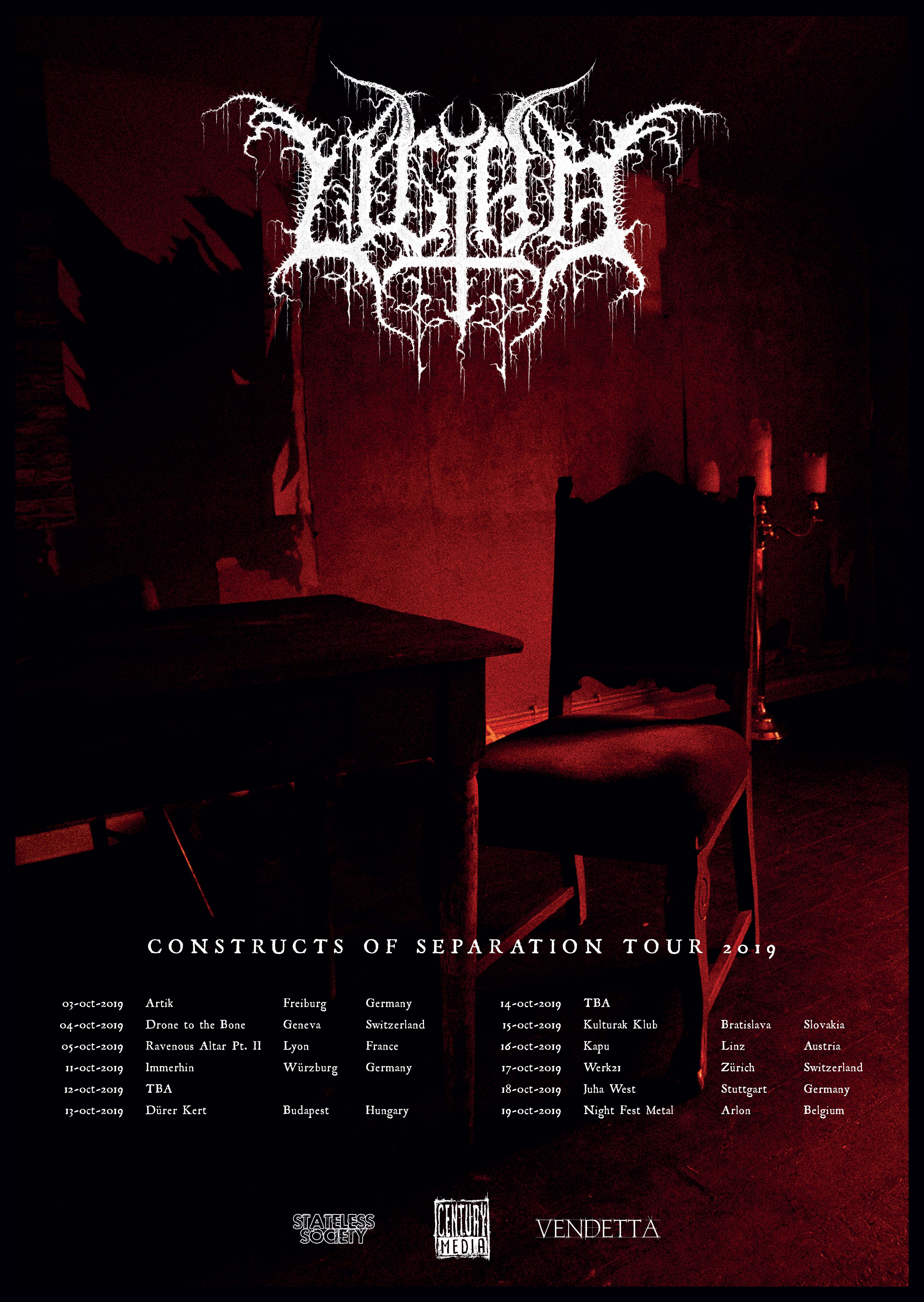 The band is still looking for shows October 12th and 14th. Hailing from Cologne, Germany, the black metal band has built up an excellent reputation in the worldwide extreme metal underground scene. ULTHA’s debut album “Pain Cleanses Every Doubt” and especially the 2016 successor “Converging Sins” have had a massive impact not only in the worldwide black metal scene, but also on many fans of many different genres interested in extreme music beyond the usual patterns. ULTHA’s intense live shows, their visual approach and lyrical concept, their rampant sound cascades, mesmerizing riffs and bleak atmosphere separate them from the common black metal sounds. Last year the band released their Century Media Records debut, “The Inextricable Wandering”.