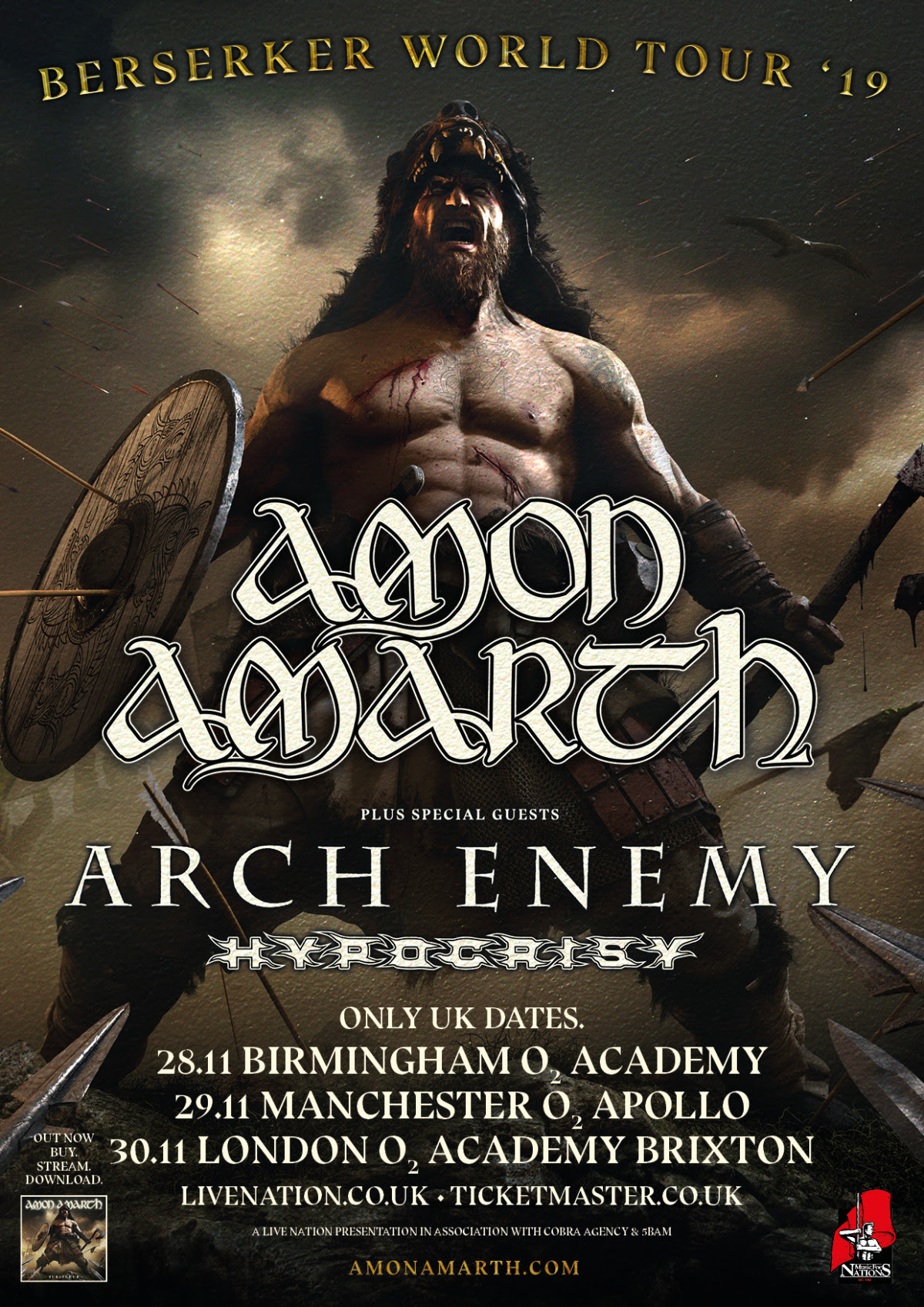 Prepare for the Swedish invasion! Sweden’s heavy metal warlords AMON AMARTH are set to crash onto European shores this November and December to raid the continent with their biggest and most ambitious, must-see full production tour to date!

AMON AMARTH bellows, “We cannot wait to return to Europe and tour the UK with our fellow Swedish Berserkers ARCH ENEMY and HYPOCRISY.  We will be bringing our biggest headlining show yet and this truly is going to be an epic heavy metal party that is not to be missed!”

ARCH ENEMY’s Michael Amott adds , “I can’t think of a better way to wrap up an intense and exciting 2019 ARCH ENEMY touring year than heading back to the UK with our Swedish friends AMON AMARTH and HYPOCRISY! This will be a celebration of everything that is awesome about Heavy Metal, the Scandinavian way! Skål!”

HYPOCRISY’s Peter Tägtgren states, “HYPOCRISY are very much looking forward to this UK run and to share the stage with AMON AMARTH and ARCH ENEMY. This will be epic!”

ARCH ENEMY continues to tour in support of their 2017 chart-topping tenth full-length album “Will To Power” released by Century Media Records. “Will To Power” is available for purchase HERE. 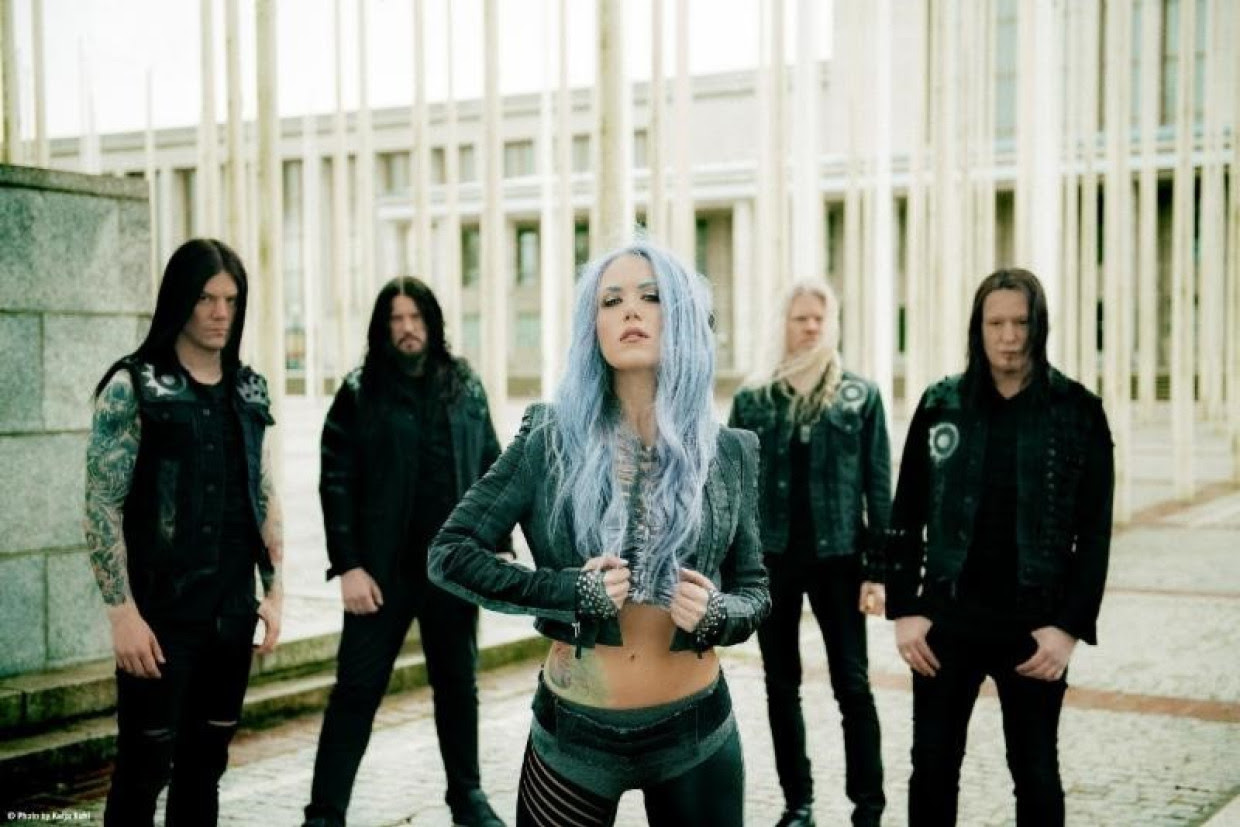 Released in 2017, ARCH ENEMY‘s tenth album was the ultimate statement of heavy metal supremacy from a band that are still growing in stature year over year. The critically acclaimed album is the first the band recorded with their current line-up: Alissa White-Gluz (vocals,) Michael Amott (guitars,) Jeff Loomis (guitars,) Sharlee D’Angelo (bass,) Daniel Erlandsson (drums). Achieving longevity is the toughest challenge that faces any band, but ARCH ENEMY have long since established themselves as a permanent fixture on the global metal scene and continue to uphold and celebrate the heavy metal code.

The band is currently working on their new album. More details to will be announced shortly.