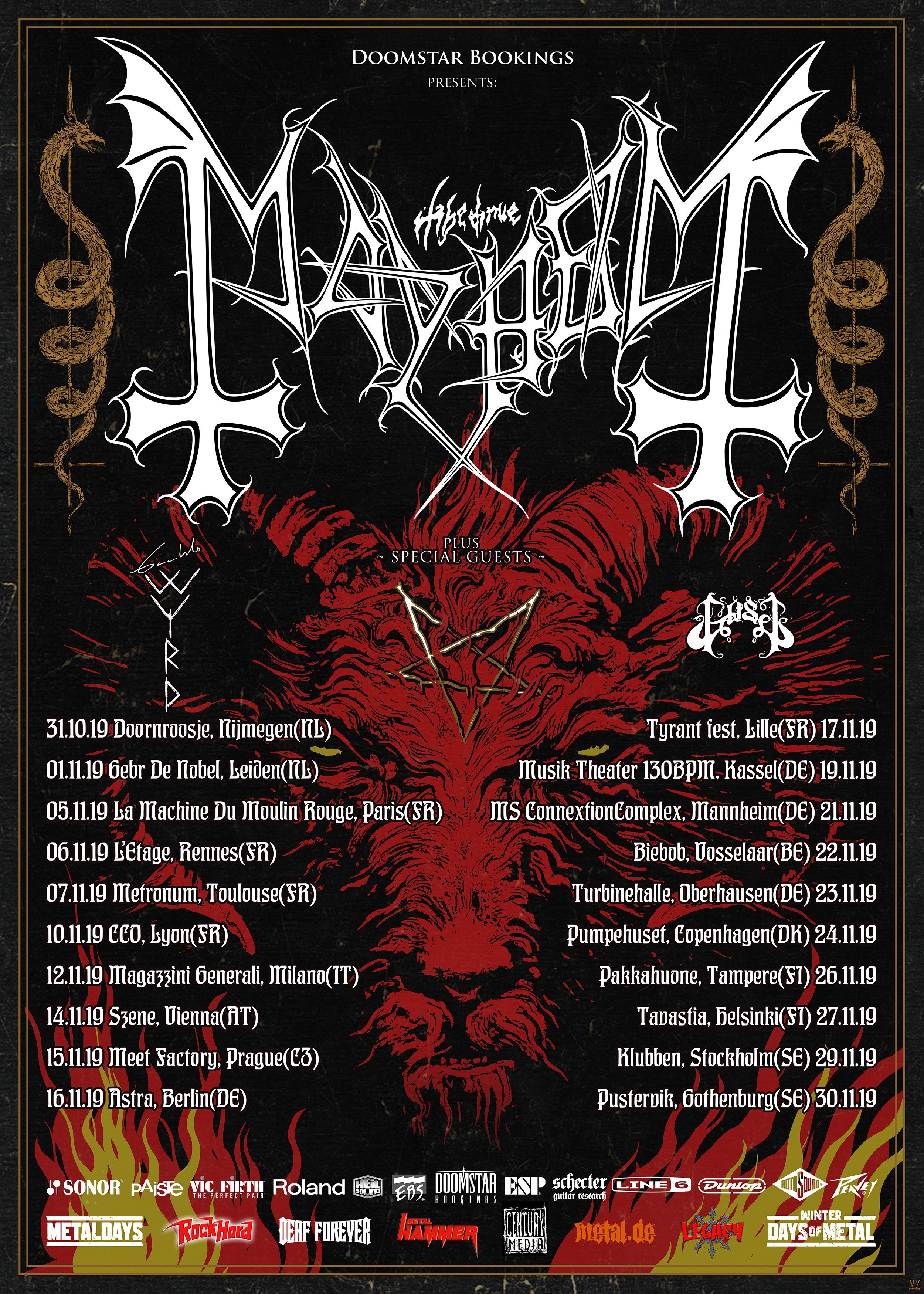 Century Media Records are proud to announce the worldwide signing of notorious Norwegian Black Metal forefathers MAYHEM. Founded in 1984 MAYHEM have released five studio albums as well as a number of demos, EPs and live albums since. Their debut full length “De Mysteriis Dom Sathanas” (1994) is considered by many to be the most influential Black Metal album of all time. Having left behind the controversy surrounding their early years, MAYHEM continued to push boundaries and can nowadays be considered one of the most innovative forces of extreme metal & sinister art, which applies to both their live shows and their recent studio recordings.

“Once again Mayhem is writing a new chapter in its 35 year history.  We are excited to now have joined forces with Century Media and are eager to see what this partnership can do for us both in the future.”

MAYHEM’s sixth album will be released on October 25th.

Soon after they will embark on a EUROPEAN headline tour with special guests Gaahls WYRD and Gost. Please find the dates below: