US dark melodic metal act WITHERFALL have recently started touring Europe as support of Sonata Arctica’s ‘Acoustic Adventures’ tour. As a special release fitting this tour concept, WITHERFALL have also recorded the widely acoustic “Vintage – EP”, which will be released on 22 March 2019.

Today, they release the third single from this EP, ‘A Tale That Wasn’t Right’, which was originally recorded by Helloween and released on the classic “Keeper Of The Seven Keys, Part I” album in 1987. You can watch the full video, produced by Don Adams, here: https://youtu.be/om5D2_9H4K0

WITHERFALL comments, “Right after the band landed in the ill-fated Panama City, FL to begin recording “A Prelude to Sorrow”, the idea of doing an 80s power ballad was drunkenly pondered by the band. On one of Steve Bolognese’ IPA benders, he came up with Helloween’s ‘A Tale That Wasn’t Right’. Though the band recorded the song during the APS sessions, the video was shot during the band’s recent tour of Japan, whilst supporting Kamelot. With Japanese tour manager Mia Steinhausen guiding our way, we were amazed and honored to be so welcomed by the fans and label(s) in Japan, that we decided to create a little visual tribute as a gift to everyone who helped us out.  Seen in the beginning is even a cameo by none other than Masa-Ito! Domo-Arigato”. 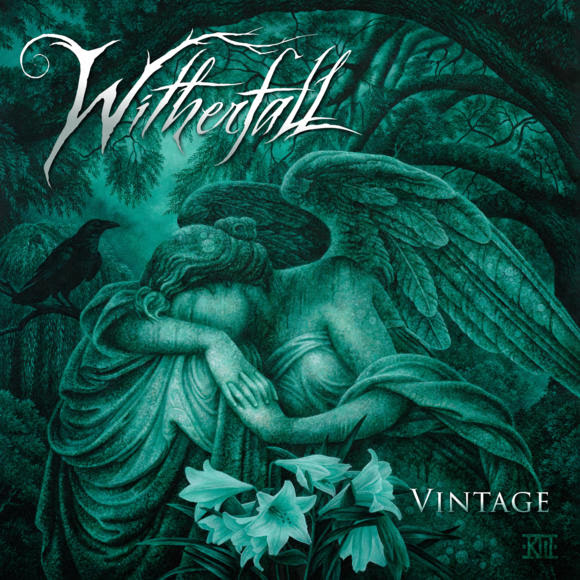 The “Vintage EP” is available for pre-order now, with WITHERFALL offering an exclusive green “Verdigris” vinyl limited to 200 copies alongside t-shirt bundles. The transparent-magenta “Vintage Pinot Noir” vinyl, limited to 100 copies, had already sold out from Century Media’s European Store.

The band’s European tour with Sonata Arctica has already kicked off, with dates and venues as follows: