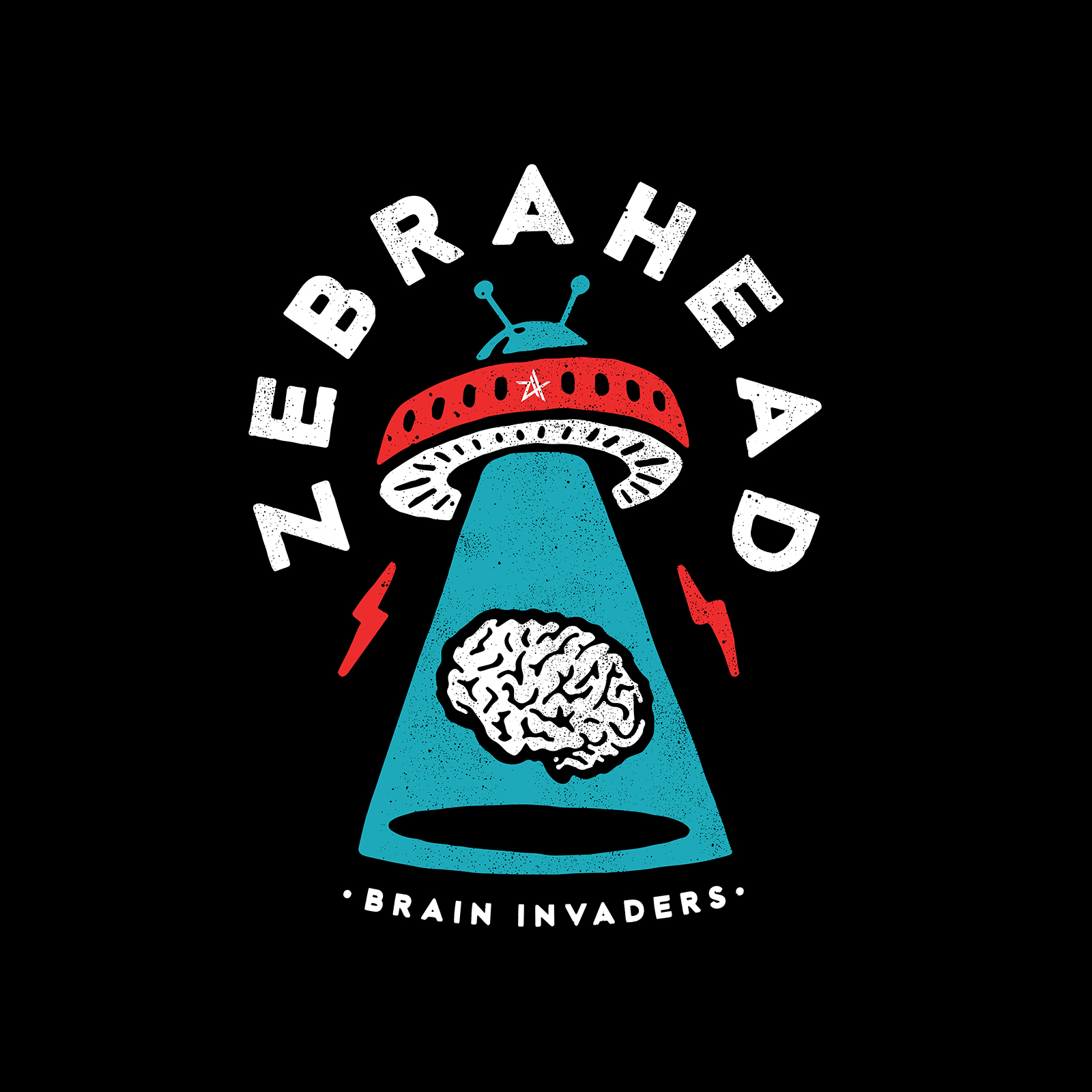 “Out of the 14 tracks that make up Brain Invaders, twelve are from the outset just ‘pedal to the metal” no-nonsense, bollocks-out rock. When I say “rock,” I mean it in the broadest sense of the term, as Zebrahead career through variations of the genre: punk rock/pop-punk/ska-punk/death metal / pure pop et al.- it’s all here” – Vents Magazine

Genre-bending punk outfit zebrahead unleashes their new studio album Brain Invaders today. The album was produced by the band and Paul Miner (New Found Glory, Atreyu, Thrice, Death by Stereo) and mixed by Kyle Black (Pierce the Veil, Paramore, New Found Glory.) Brain Invaders is available worldwide, and the band will continue to tour and bring their explosive live show to masses across the globe.

“This album was fucking incredible, typical Zebrahead but with something extra added into the mix, and I can’t quite put my finger on what, but it blew me away” – The New Fury

It all began when five Orange County-based teens decided to record some demo songs, which ultimately became their debut release, the Yellow EP on indie label Dr. Dream in May 1998. Playing shows around Los Angeles and Orange Country, CA the buzz quickly began, and zebrahead signed to major label Columbia and released their full-length debut, Waste of Mind, later that same year. Their sophomore album Playmate of the Year hit in mid-2000 to rave reviews and the album’s infectious title track garnering airplay on some of the planets biggest alternative stations. Stupid Fat Americans EP was released as a Japanese exclusive the next year. Then came the 2003 release of zebrahead’s critically acclaimed MFZB that garnered the highest testing alternative song for months running with “Rescue Me,” the album went gold in Japan!  The band spent the summer of 2006 on the Vans Warped Tour, and Broadcast to the World was released and went gold in Japan in just a month. In 2008 the band released Phoenix with a warning from Absolute Punk “listen with caution as your face may melt right off of your head.”  Panty Raid followed in 2009, Get Nice in 2011, and Call Your Friends in 2013. Way More Beer a live CD/DVD filmed in Koln, Germany was released in 2014 and captured the pure chaos and energy of the zebrahead experience.  A year later the band celebrated their 20th anniversary with re-recorded classics album titled, zebreahead – The Early Years – Revisited. That same year they also wrote and recorded Out of Control with friends Man with A Mission a collaborative EP from both bands with the title track used as the theme song for the movie Mad Max (Fury Road), later that year came Walk the Plank. In 2017 the band released The Bonus Brothers, an album comprised of import only bonus tracks.

“The lyrics from beginning to end are a reflection of modern civilization and how society is slowly killing us by destroying our happiness and joy and the music screams to be enjoyed in a live arena. Brain Invaders is high energy and irresistible” – Ghost Cult Mag 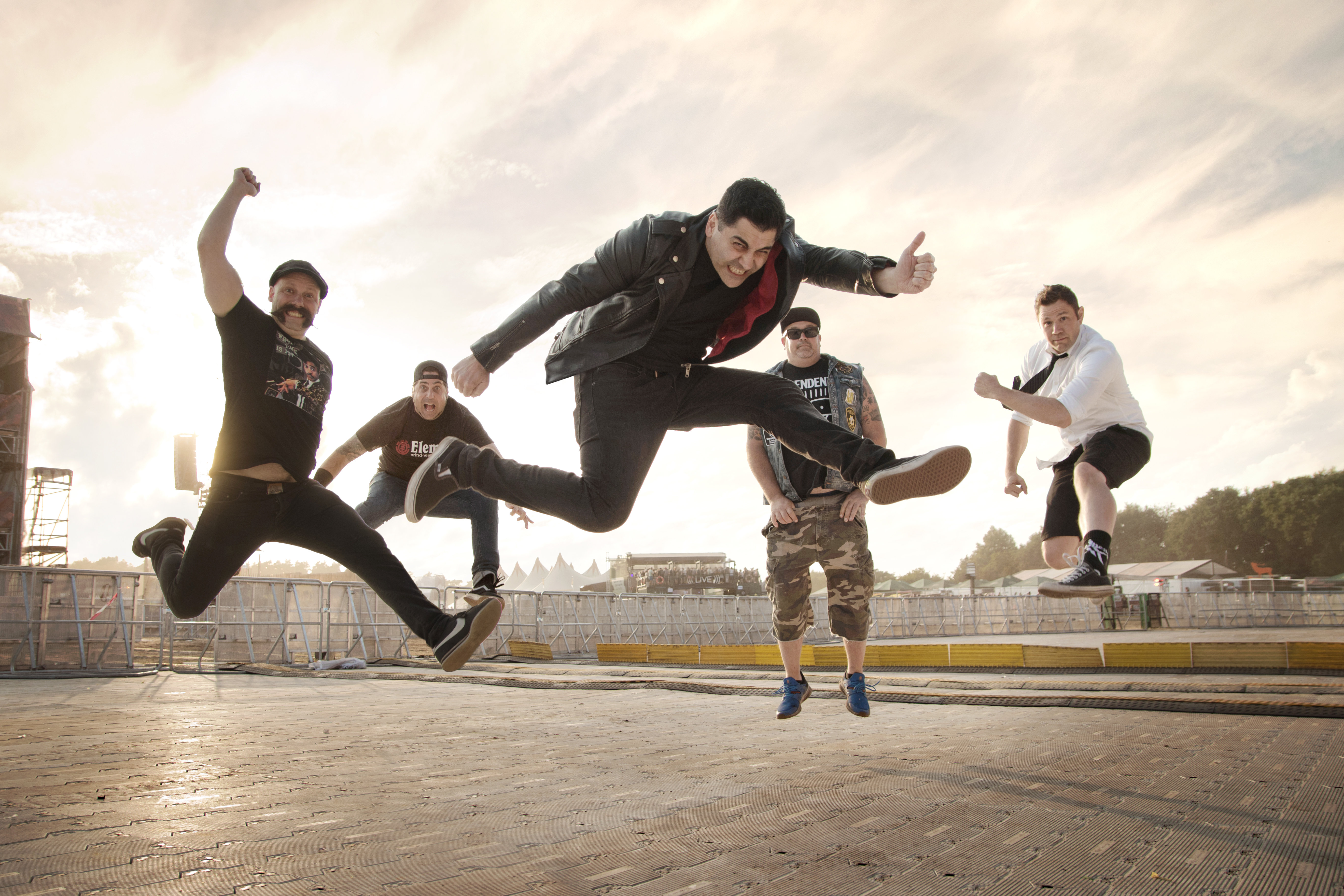