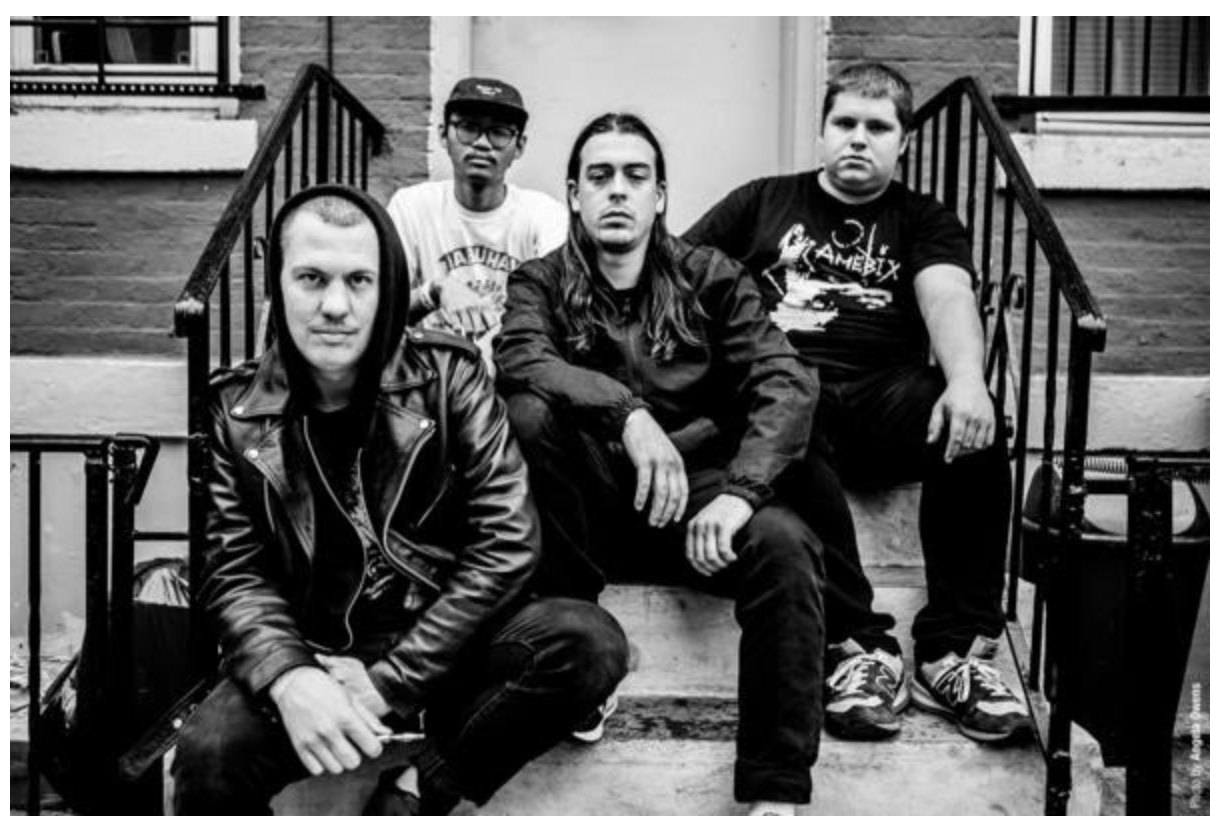 Century Media Records are proud to announce that Washington DC Crossover Thrashers RED DEATH  are the latest addition to the label’s roster, after having recently signed the group to a worldwide multi-album deal.

Having played shows across North America with the likes of Power Trip, Iron Reagan, Municipal Waste, Exodus, Obituary, Terror and also a European tour with Foreseen last year, RED DEATH are looking forward to a busy year 2019 which will see the group continue their relentless live-crusade, but also finalize work on their third full-length album and Century Media Records debut for release later in 2019.

RED DEATH comment the signing to Century Media Records as follows:  “We are honored to join the Century Media family! We have been fans of the label and its roster long before this band existed. From artists like Merauder to Morgoth, it’s been a name that we’ve always paid much attention to. We are currently preparing our third LP and releasing it via Century Media makes perfect sense. We have dedicated ourselves and put forth a large amount of hard work into this band and we plan on channeling that drive and energy into our upcoming record. Above all we’re very honored to be apart of the label and to add to its history!”

Commenting the signing of RED DEATH, Philipp Schulte, Director Century Media Records Europe, says: “With RED DEATH we welcome one of the most promising bands from the very vital US crossover scene on the label. RED DEATH impressed me with their two albums “Permanent Exile” (2015) and “Formidable Darkness” (2017), both of which offer fast and straight-forward crossover thrash in its most ferocious form, as well as with their intense live shows and total dedication to what they are doing. In times of short-lived hypes, few bands stand out and actually do make a difference. RED DEATH is one of them!”

Mike Gitter, Vice President Of A&R Century Media Records USA added: “From their earliest days, RED DEATH have played with a grip on the hooks of classic metal, the ferocity and speed of vintage thrash and the intense energy and rawness of a DIY gig. Right now, they’re on the verge of serious contender status. Century Media is excited to join forces with this formidable Washington DC powerhouse.”

United by a love for “Master Of Puppets“-era Metallica, “Animosity“-era Corrosion of Conformity, Discharge and the best of 80’s Thrash Metal, RED DEATH was born out of a 2013 basement jam session between drummer Connor Donegan (also of Genocide Pact), guitarist Ace Mendoza and frontman Chad Troncale. RED DEATH became an underground favorite with the release of 2015’s “Permanent Exile“ followed by US gigs and tours with the likes of Power Trip and Obituary. With 2017’s “Formidable Darkness“ album and a line-up that saw Troncale assume bass and vocal duties as well as the addition of Enforced guitarist Will Wagstaff, RED DEATH proved themselves a force to be reckoned with as they blasted stages around the world. 2019 promises the band’s third full-length as they take up serious contender status with new label Century Media Records.

A first string of US live-shows for 2019, among others with Power Trip, has already been announced as follows:

Press quotes about RED DEATH and their previous release

They can appeal to any end of the extreme music world spectrum, especially on this record. No matter what the lineup is, RED DEATH fits, a feat rarely and not so easily achieved. – No Echo

RED DEATH, and “Formidable Darkness” specifically, bring out the best elements of hardcore and thrash. There are no filler parts, only mean transitions that draw on both old and new clichés to get people moving. – CVLT NATION

Washington, D.C.’s RED DEATH, much like Power Trip, practice the crossover approach as we meant it in 1987, playing ripping thrash with mosh pit–ready breakdowns. – Revolver (online)

(From left to right – Photo by Angela Owens)