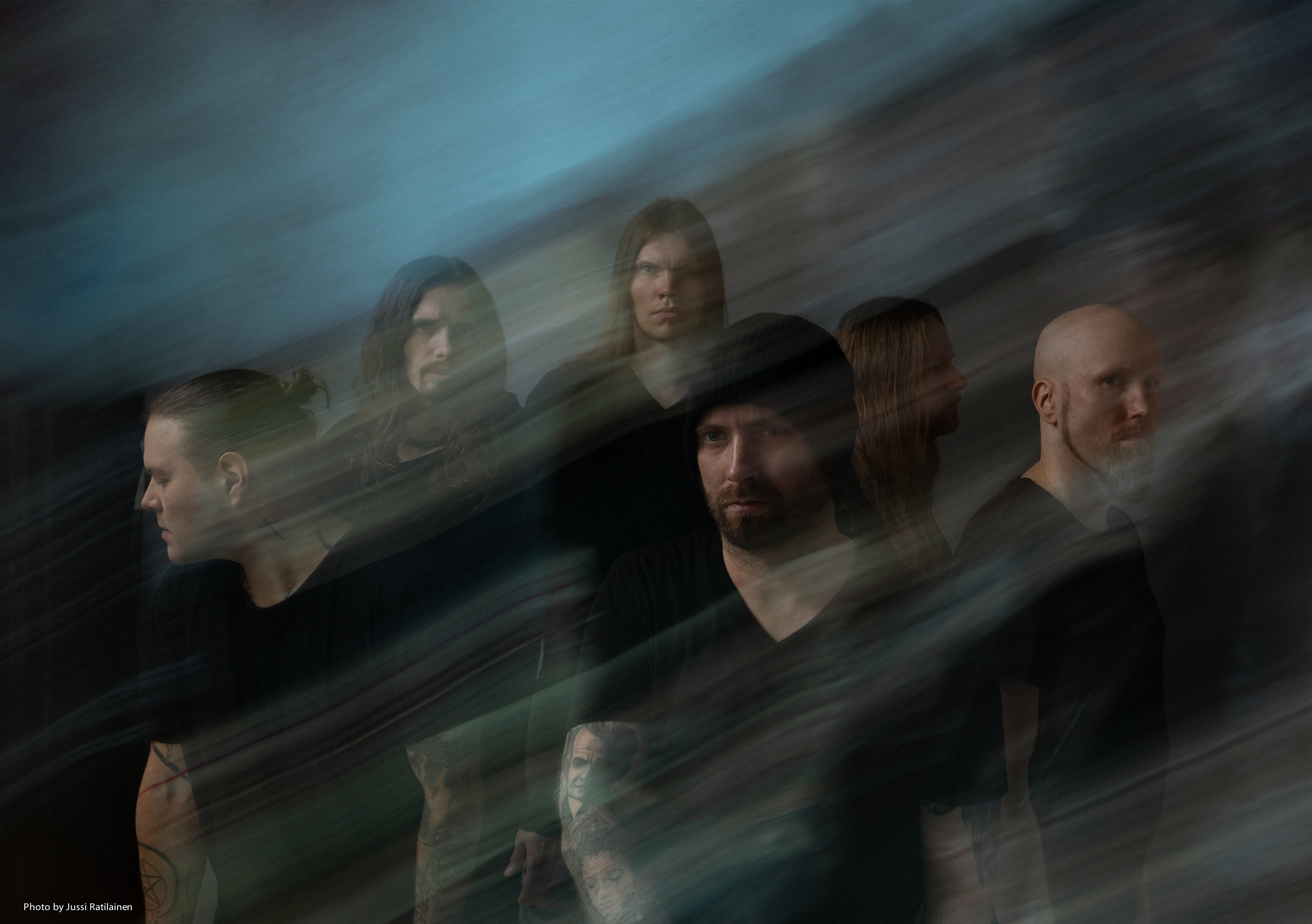 According to Juha Raivio “Lumina Aurea” (featuring Wardruna’s Einar Selvik and The Foreshadowing’s Marco I. Benevento) marks the band’s darkest and most sinister piece of music the band has ever released.

“‘Lumina Aurea’ is a song I would never want to write in my life,” Raivio says. “It is an open, bleeding black wound from the last two and half years of my life. But I had to write it out. I could not back down from it. The way I wrote and recorded ‘Lumina Aurea’ was so rough emotionally and physically that I think I will never talk about it public. I know this road will go on forever as a part of me, but I have also made a peace with it—that I will never have peace with it. And that the life and the journey here must still go on for a while for those of us remaining. I knew that if I would go any deeper on that road with the album as I did with ‘Lumina Aurea,’ the path would not end well. So, I quickly realized that instead I will write an album that will manifest loud and clear that after all, ‘Love is always stronger than death.’ I wanted to find that angle for ‘When A Shadow Is Forced into the Light’. This album is like a weapon for myself. A burning light, a burning torch. Victorious and proud.”

Aapo Lahtela & Vesa Ranta at Kaira Films accomplished to visualize the atmosphere of “Lumina Aurea” in a stunning video clip.

“The idea for this short-film like music video came from Juha Raivio and we tweaked the idea a bit to make the story fit into the beautiful landscapes we were going to film it in. The video has been filmed in several locations around Northern Finland and Lappland. We would like to leave the meaning of the story a bit open and to let everyone watching it to make their own conclusions and let their imagination flow. As obvious, things such as grief, torment and even love are present through the video. This is pretty much all we would like to open about it. Some kind of mysticism there definitely is. It was a great pleasure for us to get work with this project, since the song has such a meaning for Juha,” states Ranta.

You can watch the video for “Lumina Aurea” here.

The new album “When A Shadow Is Forced Into The Light” is going to be released on January 25th, 2019.

More dates to be announced soon!