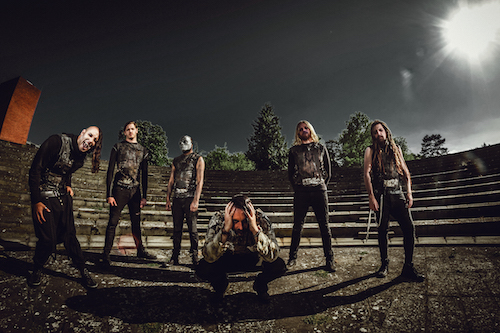 With members of Meta-Stasis and The Defiled in their ranks, newcomers RED METHOD release their first official video ‘Split’ (directed by Richard Oakes and Adam Leader of Dark Fable Media).

The video focuses on the twisted visions of a man who sees the birth of an unearthly being that ultimately takes control of his mind and is unleashed upon the world.

Check it out here: https://www.youtube.com/watch?v=kb_hacCAId0

‘Split’ is merely a taste of things to come from RED METHOD, as they prepare to release their debut album “For The Sick” in 2019.

“After a hard year and two near death experiences, all the trauma, turmoil and suffering has been chewed up and spat out to create this.” says lead singer Jeremy Gomez.

“We’ve been working beyond the point of exhaustion and I can’t wait to spread the madness. With every ending, there must be a beginning, that beginning for me is Red Method,”

“Yea man, we’ve been working on this for a while now and we’ve been itching to get it out. Finally, the time has come!” says Alex (The AvD).

“I tried being a proper upstanding citizen but that shit just is not for me man. This is the only thing I know, Red Method was really not a choice for me.”

“Split” was recorded, mixed and mastered at Grindstone studios with legendary producer Scott Atkins (Cradle Of Filth, Sylosis, Amon Amarth) at the helm.

The band have some shows locked in for 2019 with more to follow:

For more info, check out https://www.facebook.com/RedMethodBand