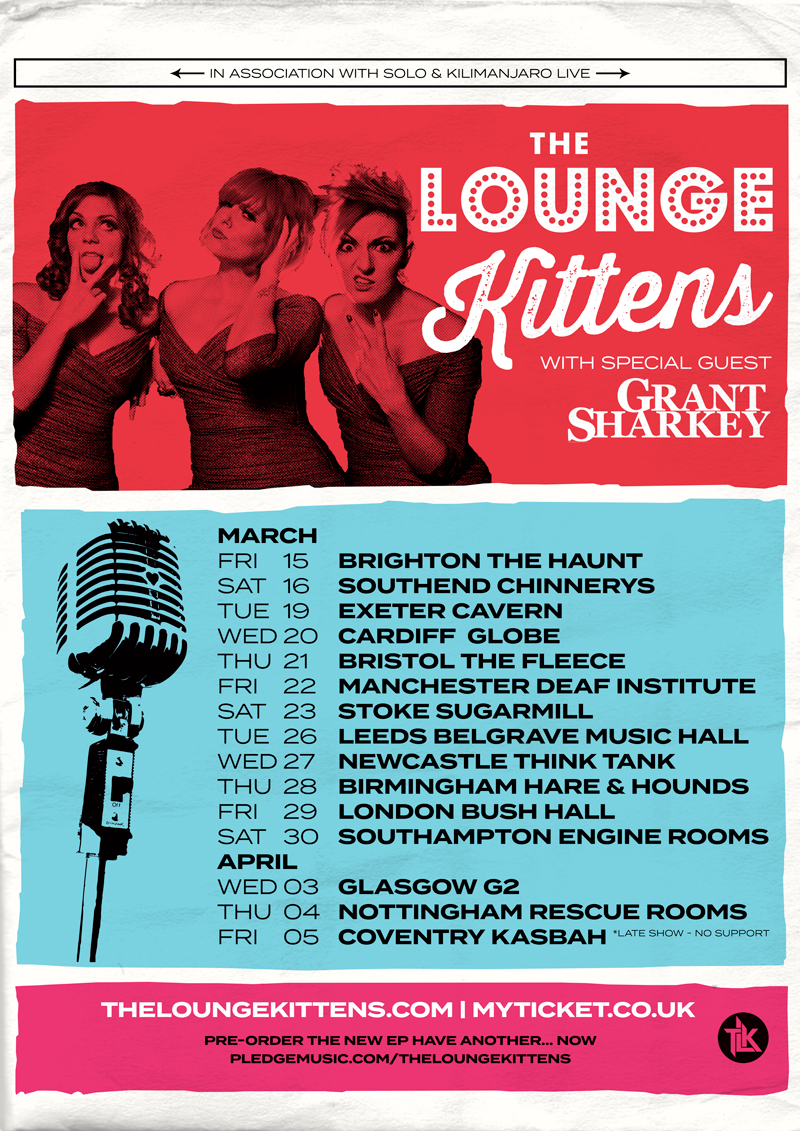 Hot on the heels of their latest PledgeMusic campaign hitting its target in only 24 hours, THE LOUNGE KITTENS announce touring plans for the UK in March and April 2019.

To celebrate the launch of their new mini-album “Have Another…”, the girls will be hocking their alt-wares up and down the country, including a night at
London’s Bush Hall and a huge hometown show at Southampton’s Engine
Rooms.

Jen, Timia and Zan have become well known for their badass harmonies and bold cover choices, and their latest offering promises 6 tracks that push them further than ever before. Having burst onto the scene in 2014 with their cover of Limp Bizkit’s ‘Rollin’, they’ve managed to surprise even themselves by continuing to score festival appearances, arena tours and praise from fans and artists across the globe, like notches on their musical bedpost. There ain’t no party, like a TLK party and smiles, gurns and burps are guaranteed on the ‘Have Another… TOUR’.

Supporting the Kittens on this latest adventure is modern day troubadour,
Grant Sharkey. Armed with only a double bass, a glorious voice and balls the size of Brexit, Grant’s live performances are a mixture of stand-up comedy, irresistible earworms and uncomfortable truths.

Tickets on sale 10am, Wednesday 05 December via www.myticket.co.uk