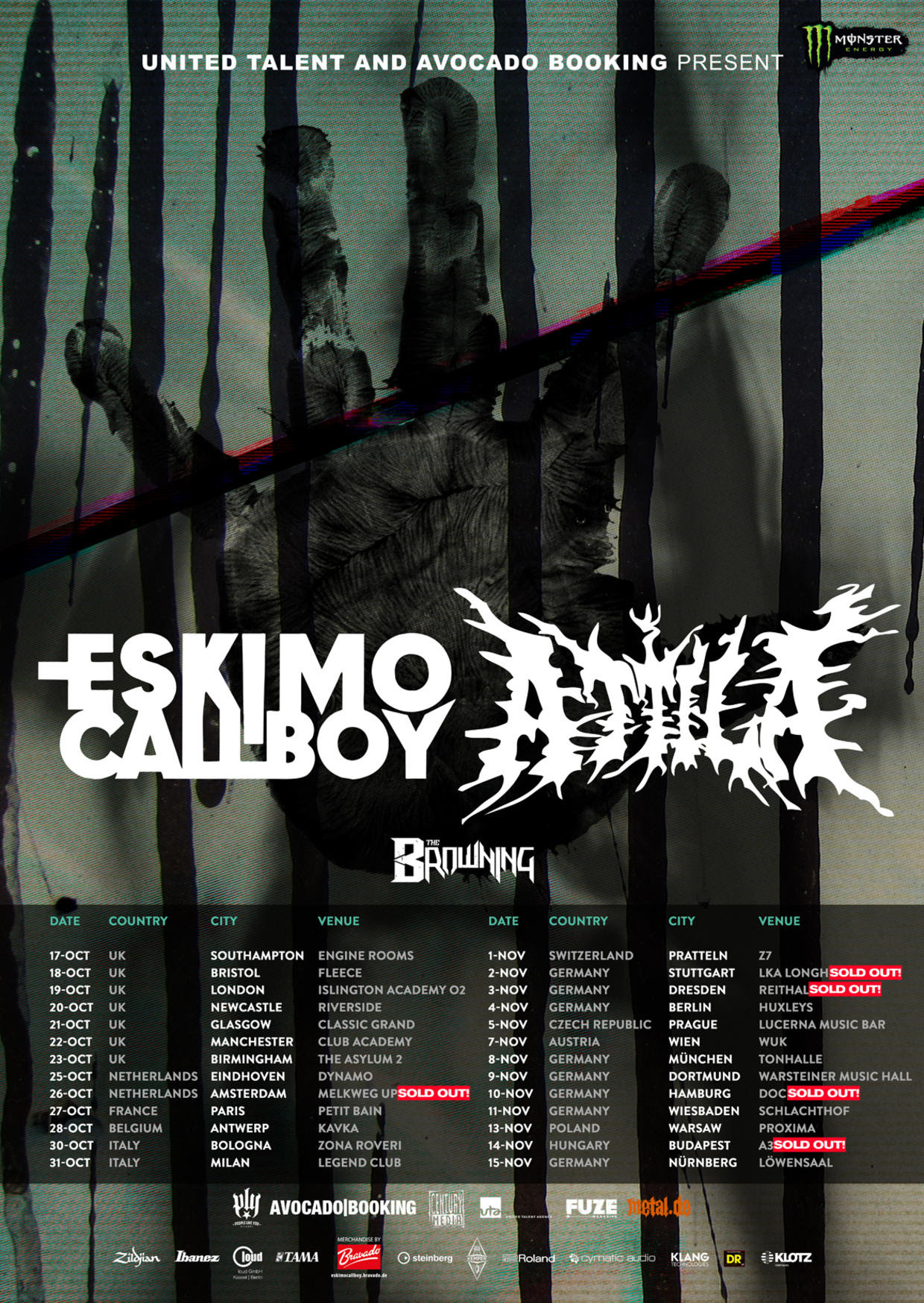 After multiple sold out shows during their headlining tour in their native Germany, Japan and Russia as well as securing a smashing #6 in the German Top 100 Album Charts with their latest studio album, “The Scene”, ESKIMO CALLBOY have recently released the self-produced “The Scene – Live in Cologne” in June. As of today they are on tour with Attila and The Browning which the band was really looking forward to:

The band comments: “Tour time – that’s what ESKIMO CALLBOY are made for. We spent some months working on our upcoming album, but now it’s time to hit the road again. Together with our friends in Attila and The Browning we’ll bring madness back onto stage.”

Check out a trailer and make sure to get your tickets, as several shows are already sold out: https://www.facebook.com/AvocadoBooking/videos/1998213406888881/

*IF YOU WOULD LIKE TO COME DOWN TO ANY OF THE UK DATES, PLEASE GET IN TOUCH!*

The band is currently touring “The Scene” and “The Scene – Live In Cologne”.

“The Scene – Live in Cologne” is available in the following formats: Ltd. Blu-ray+DVD+CD Digipak, CD+DVD Jewelcase, Digital Combo (please note: this audio + video format is just available on amazon, iTunes & Apple Music) and Digital Album. Apart from a sold out show fans are getting more than an hour of extensive b-roll material including the three video clips previously released during the campaign for “The Scene” plus behind the scenes.

The band released “The Scene” in August of 2017. Recorded and mixed at ESKIMO CALLBOY’s home studio, “The Scene” was mastered at Pitchback Studios by Aljoscha Sieg (Nasty, Any Given Day, We Butter The Bread With Butter…). Like most bands of the modern era, ESKIMO CALLBOY opted to record and mix their own music and their reasoning is simple: nobody is more passionate about music as the members of the band.