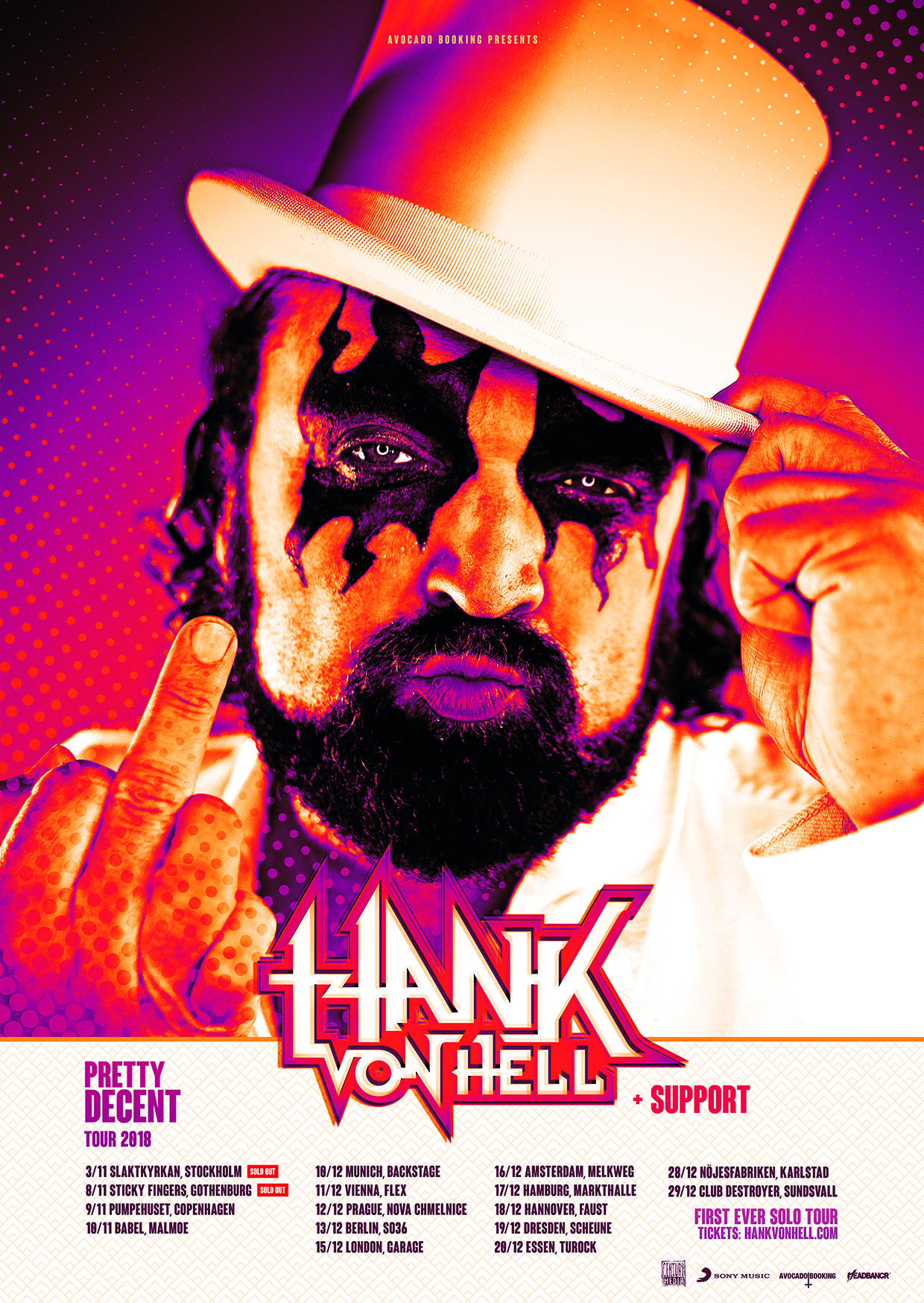 ‘Pretty Decent Exposure’ marks the third and final single from Hank Von Hell’s highly anticipated comeback album “Egomania”, due to be released on 02 November 2018. Along with the release of this last single, Hank has also announced a European tour for the end of the year!

Hank comments:
“This is the final single before the release of “Egomania”. I love this track, and I can relate to it a lot. The song is about my spirit animal, the Honey Badger, who just doesn’t give a shit. He’s fierce, nasty, sly… just like me. I love those little bastards, so that’s why I made a song about them.

And in this song, the honey badger struts around town flashing his d*ck. But instead of calling it “indecent exposure” it’s “Pretty Decent Exposure”. Just because he doesn’t give a shit, you know.”

You can pre-order the album here: https://hank-von-hell.lnk.to/Egomania

Due to popular demand and just in line with the song title, Hank Von Hell announces his first ever European solo tour for December 2018 – aptly titled the “Pretty Decent Tour”!

These 10 dates will take him to five countries throughout central Europe. Better be fast – the first Swedish shows have already sold out!

The exclusive German pre-sale via Eventim is launched now and you can grab your tickets here:
http://www.eventim.de/hank-von-hell

General on sale for tickets starts Monday 15 October at 10am BST.
See below for all dates: