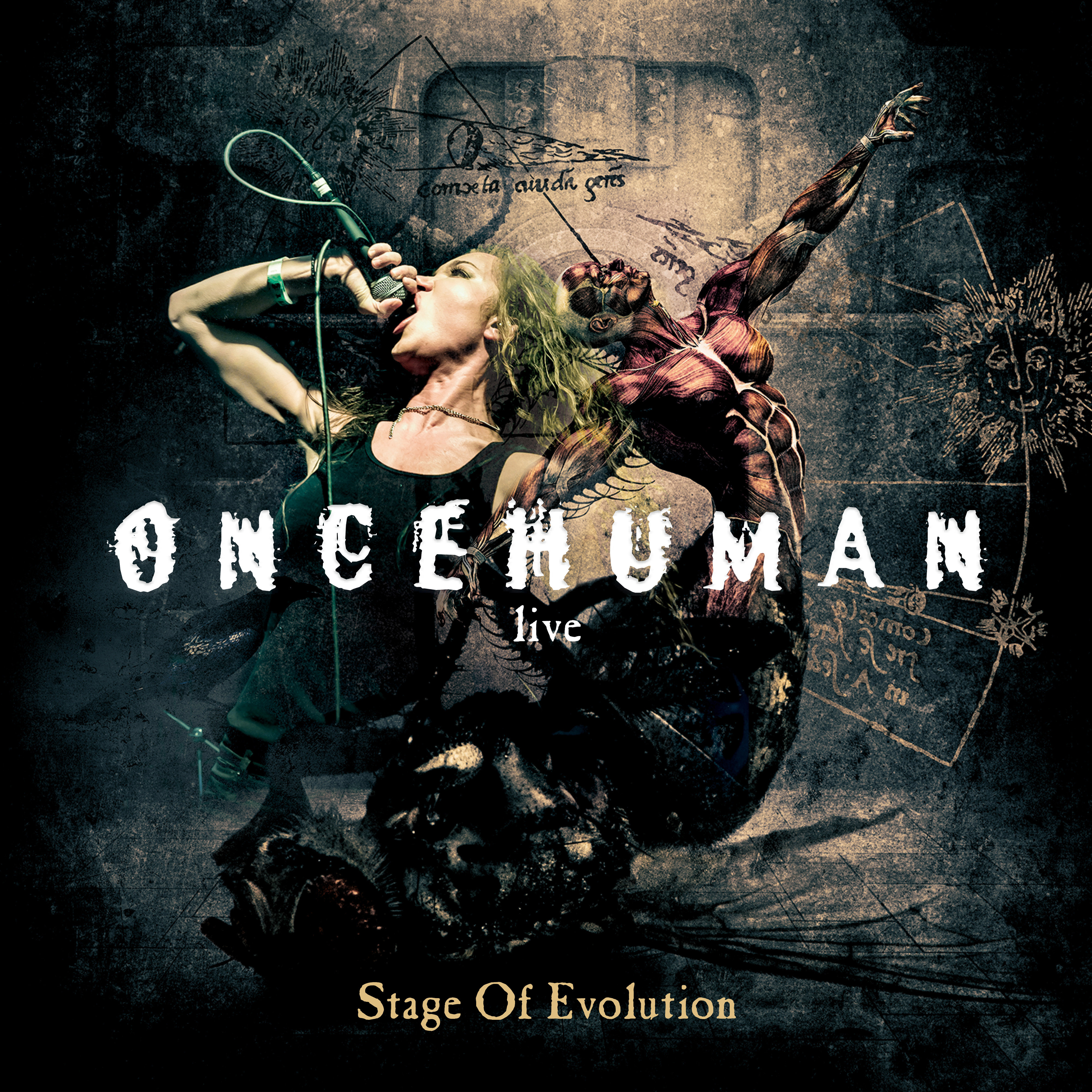 ONCE HUMAN will release their first ever live album titled “Stage Of Evolution” on September 28th via earMUSIC. The first single release “Flock Of Flesh” has been released today as Instant Grat and songstream video.

Check out “Flock Of Flesh”: https://youtu.be/oNNoVqiMPjw

Having made waves with their 2015 debut, “The Life I Remember”, the band has dramatically progressed beyond the melodic death metal sound of that release into something more complex, emotional, distinct, and devastatingly heavy. Evolution was not just the title of Once Human’s sophomore release last year; it was an armour plated declaration, and it evolved into something big. The video for their lead-off single “Eye Of Chaos” has gathered more than 7.5 million views on YouTube alone. Once Human continue to fascinate with their complex and emotional sound, their thick, contorted riffs and Lauren Hart’s unique and bloodcurdling voice.

Stage Of Evolution is the consequential mutation of the Evolution album from studio to stage. It was recorded during last year’s US tour and features not only songs from the studio album but also a cover of Machine Head’s “Davidian”, a track from their 1994 debut album Burn My Eyes, co-written by Once Human’s Logan Mader, whose name will be familiar to metalheads not only as the original guitarist in Machine Head and his late 90s stint in Soulfly, but also for his production and mixing work on records from the likes of Gojira, Fear Factory and Devildriver. Besides singer Lauren Hart unleashing her forceful voice, the track also features guest vocals by Fred Leclercq of Sinsaeneum and Dragonforce.

“I know it’s uncommon for a band who is not headlining to record a live album. We were able to pull it off because today’s technology and compact size of the necessary gear is a part of our everyday monitoring system. We had loads of fun on tour with Dragonforce. I’m so glad we captured a nice piece of it to share with all our fans!” – Logan Mader

With the lineup rounded out by drummer Dillon Trollope, bassist Damien Rainaud and guitarists Max Karon, everything about Evolution and its live counterpart Stage Of Evolution makes it clear that this is a band pushing itself to deliver something that truly stands apart.

The product will be available as digipak and digital, both for an unbeatable price.

Official videos from the studio album: