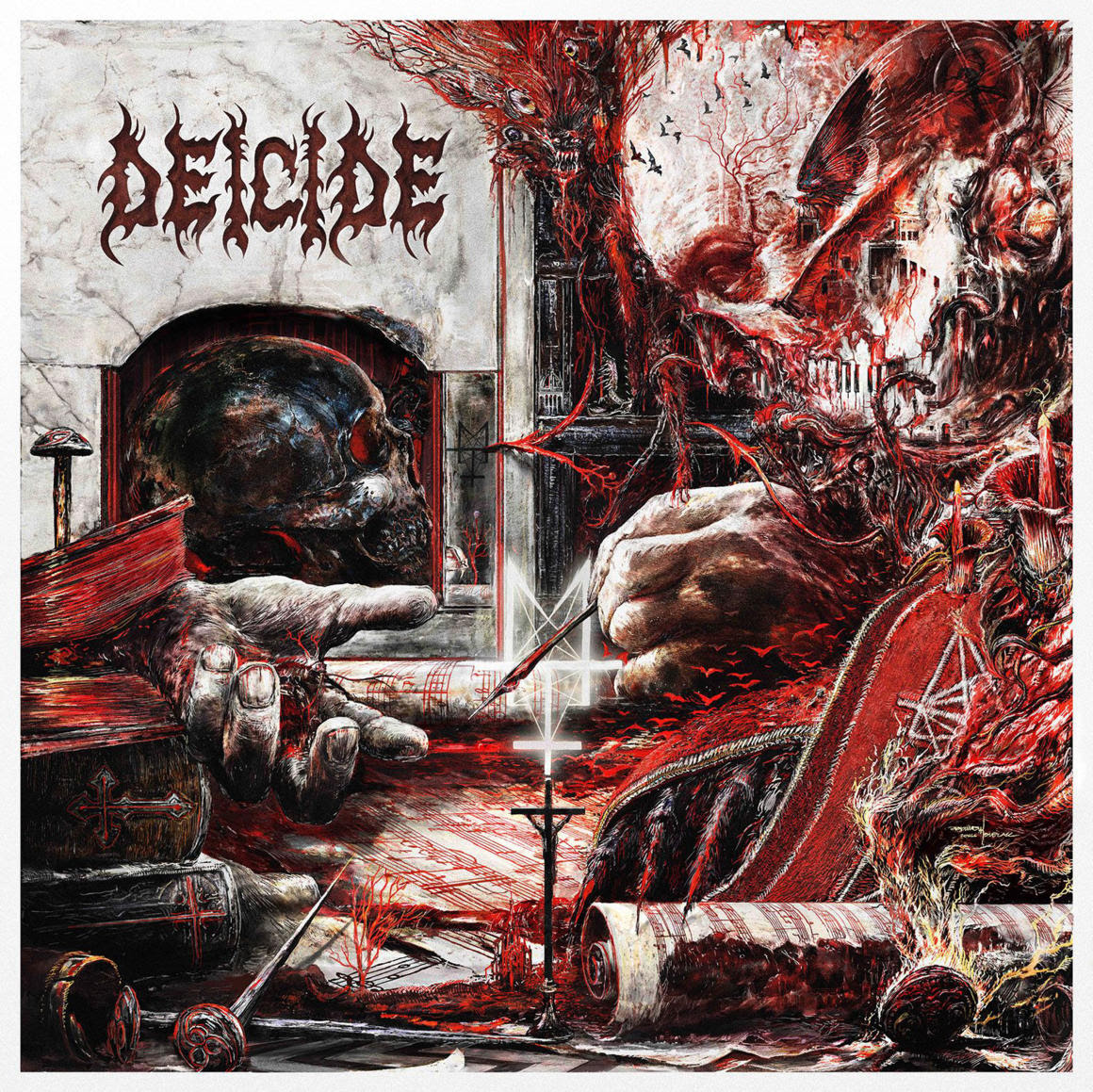 Death Metal icons DEICIDE announce the release of their 12th studio album, “Overtures Of Blasphemy”, their first album after 2013’s critically acclaimed “In The Minds Of Evil”.

“Overtures Of Blasphemy” was produced by Jason Suecof (The Black Dahlia Murder, Trivium) at Audio Hammer Studios and comes with a brilliant artwork by Zbigniew Bielak (Watain, Ghost, Paradise Lost).

The album will be released through Century Media Records worldwide on September 14th, 2018.

Benton states: “This album came together over time, meaning we didn’t want to rush it. A few people might remember an interview where Steve Asheim  (original member, drummer/songwriter) said ‘the material is done, but it’s just not there yet.’ Well, that was the  jumping off point of when this album truly started taking  shape and the songs became what they are now…complete,  compact and effective. As the band pushed forward, so did  the writing process and a few other processes which made the  record and the band stronger. The result is Overtures Of Blasphemy, perhaps the group’s strongest release to date. Jason Suecoff lended his considerable talents and attention to detail in making the  tracking of the songs as great as they can be and the final  mix as sonically brutal, yet as listenable as possible. An arduous process, but one well worth the time and effort.”

Cover artist Zbigniew Bielak comments on his artwork for “Overtures Of Blasphemy”:“If you experienced the death metal boom of the early 90s first hand, you know why Deicide’s flaming logo was the ultimate threat in the sanity department. Working with Glen Benton was a great honor and a throwback to the time, when death metal aesthetics were at their vilest. Satan Spawn the Caco Deamon is alive and well.”

More news and a new track will be coming over the next few weeks.