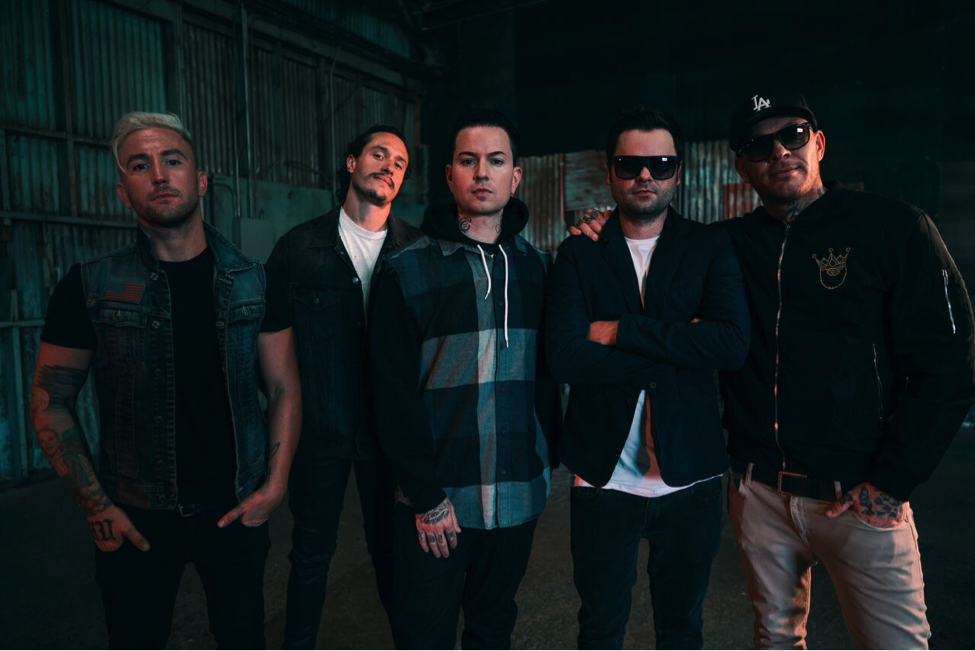 Hollywood Undead’s new single “Gotta Let Go” now has an impressive video to accompany it. The offering showcases a raw, authentic performance from the quintet and follows the main character during the final moments of his life, including a surreal encounter in outer space where he learns to finally let go of the past. Watch it HERE.

“We wanted the ‘Gotta Let Go’ video to be a visceral experience about letting go of something we all have to part with in the end,” says Johnny 3 Tears (vocals, bass guitar). “Our mortality is what gives life its defining purpose. It’s our greatest gift and our greatest cross to bear. We wanted to capture that delicate legacy in our own way, and this video was our interpretation of life…and its inevitable ending.”

“Gotta Let Go” marks a shift in Hollywood Undead’s sound, highlighting a more melodic and upbeat side of the band. The track is available to stream and purchase HERE. More new music is also on the way – “Gotta Let Go” is the first of a batch of new songs to be released over the coming months.

After wrapping their headline tour across Europe, Hollywood Undead will head back to North America for a short run of dates across the northeastern U.S. and Canada. The band will play headliners in Hampton Beach, NH and Poughkeepsie, NY, followed by slots at Bangor, ME’s Impact Music Festival and Montréal, QC’s Heavy Festival. The guys will also perform at the legendary Reading & Leeds Festivals in August.

All upcoming shows are listed below, and tickets can be purchased HERE.

California Dreaming | Whatever It Takes | Renegade | We Own The Night | Black Cadillac (feat. B-Real) | Your Life | Gotta Let Go