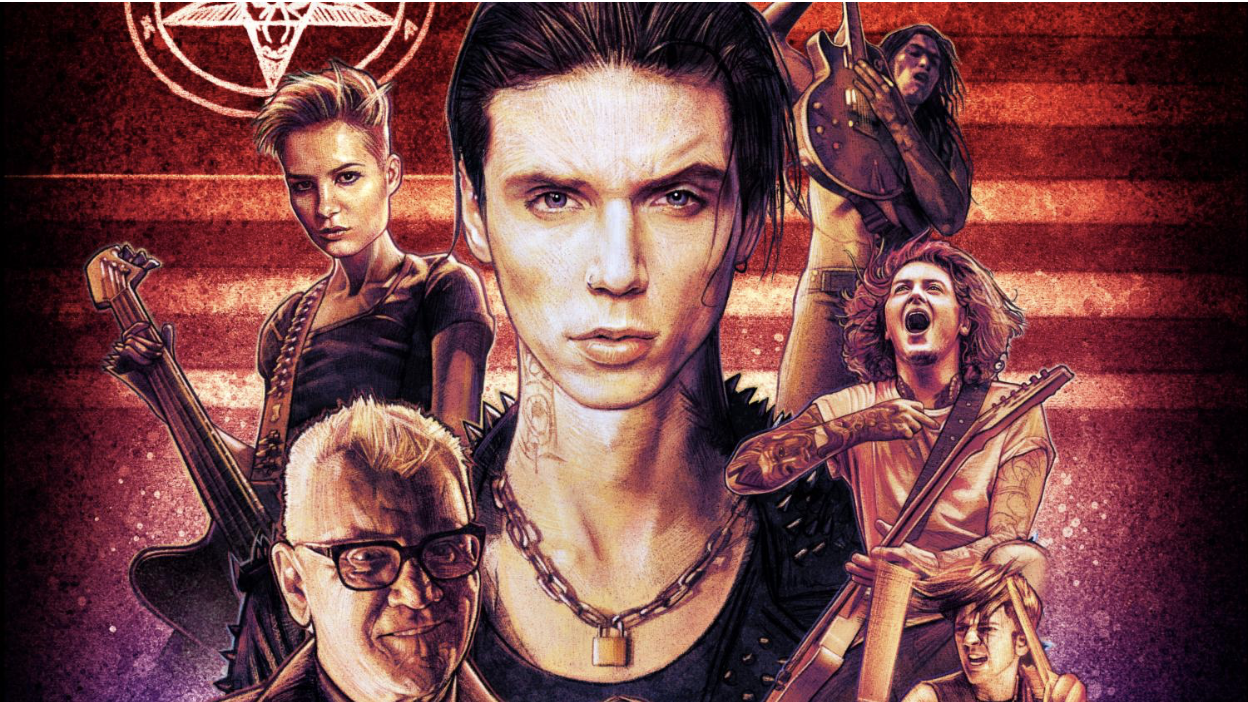 Directed by Sumerian Films and Records founder Ash Avildsen, AMERICAN SATAN was released in over 120 theaters across America, Canada, Mexico, U.K. and Australia through AMC Independent theaters on Friday the 13th of October, receiving an 84% Audience Score on Rotten Tomatoes and a 83% Tomatometer from the critics

“Avildsen turns the dial up to 11, throwing music biz satire and heavy metal bombast into the mix, as well as shaping a cautionary tale about the cost of stardom.” – UK’s MovieTalk

From the producer of Halloween & The Devil’s Rejects, AMERICAN SATAN features Andy Biersack (Black Veil Brides) and Ben Bruce (Asking Alexandria), who bring rock & roll authenticity to the film.
AMERICAN SATAN plays upon the dream every kid has of becoming a rock star and asks the question, what would you do to achieve that dream? The story follows a young rock band that moves to Los Angeles to chase their dreams of stardom on the Sunset Strip. Hell-bent on following in the footsteps of their musical idols, they meet an enigmatic stranger (McDowell) who seems to know them better than they know themselves. Preying on their most basic desires and emotions, he entices them with an offer that sets them on a path to fame and fortune; but when they release their debut album, “American Satan,” it sets off a firestorm of controversy, death and destruction beyond anything the music world could ever imagine.

The first showing is on Monday 11th June at 10.20pm. For more information check SKY.
There are also plans for a TV series spin off entitled “Paradise City”, which begins shooting later this year.
www.americansatanmovie.com