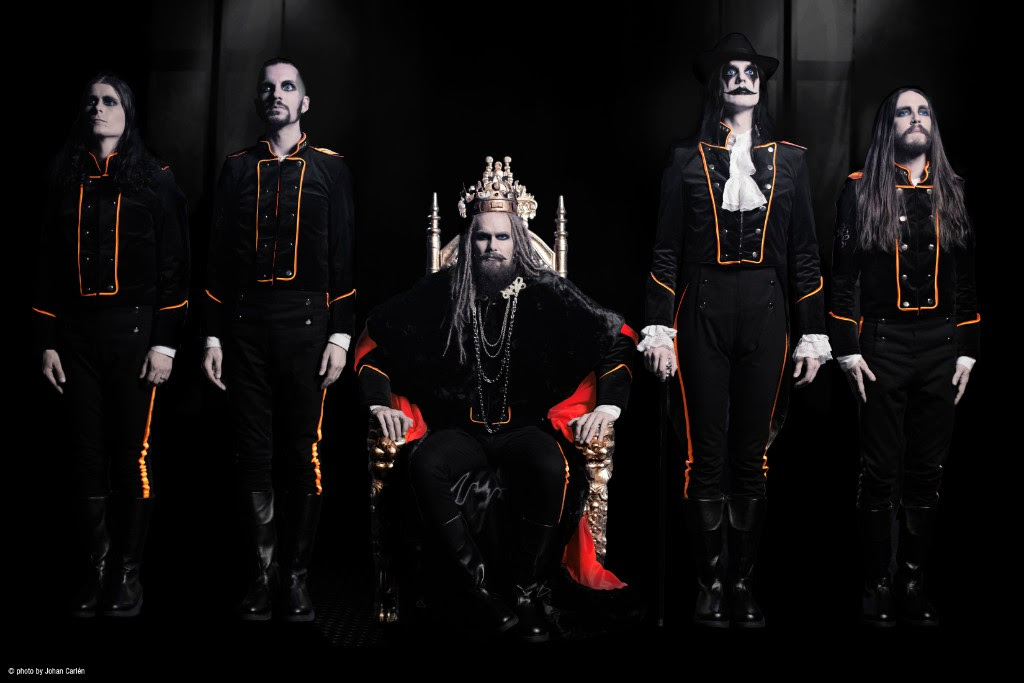 May 23 in the year of the King (2018). Citizens! If the message hasn’t been clear enough already, the King of Kings above all Kings ruling in the realm of Kings has decided to speak directly to his flock and let them know that “THE KING WELCOMES YOU TO AVATAR COUNTRY!”

This beautiful truth shall shine upon the faces of those who follow the Majestic March to Immortality in the latest and greatest so-called “MUSIC VIDEO” with the Mighty Conqueror of Hearts and Land Alike and His orchestra, AVATAR.

You can watch the broadcast here: https://youtu.be/zfqdCXz8Yww

Directed by longtime collaborator Johan Carlén, this is the third music video we’ve heard from the King with AVATAR from His new record titled “Avatar Country”.
AVATAR released their seventh, and most Royal, full length, “Avatar Country” earlier this year via Century Media Records and Entertainment One (USA, Canada, Mexico).

AVATAR will embark on a stretch of European dates this summer including some notable festivals along the way, including Rock AM Ring / Rock IM Ring, Download Festival UK, Paris and Graspop Metal Meeting, to name just a few. 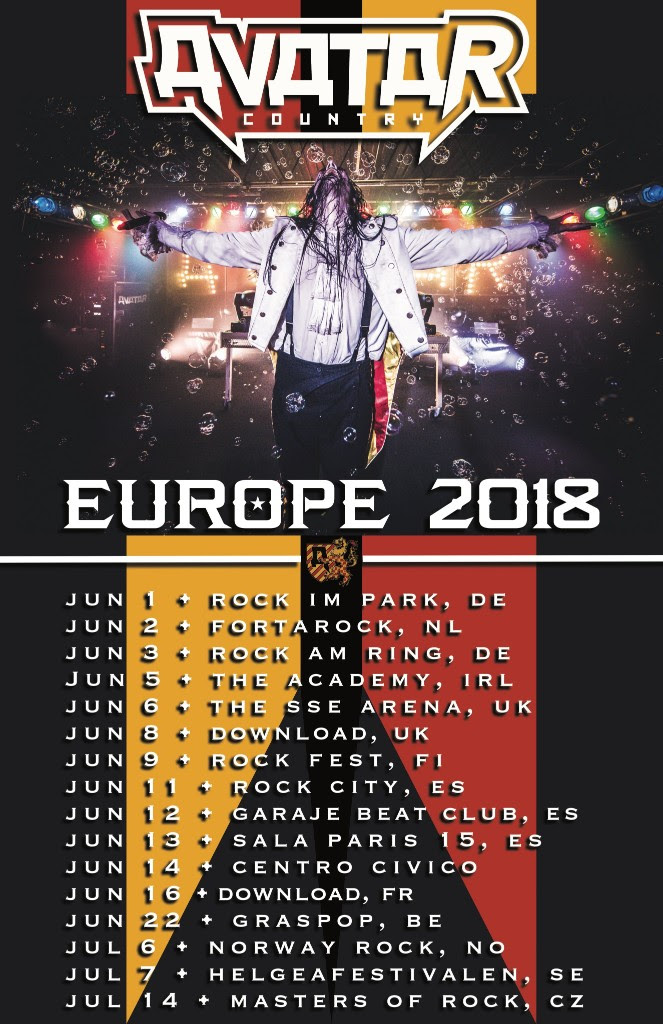 “(…) the Swedish oddballs have risen to the challenge of creating a follow-up that’s just as barmy.” METAL HAMMER UK

“This royalty-themed release features plenty of the usual theatrics and bombast from the Gothenburg quintet, but with stronger songwriting to shore up their conceptual side.” ROCK SOUND

“The opening track ‘Glory to Our King’ sounds like it could’ve come straight off of Sgt. Pepper’s Lonely Heart Club, a warm and over the top introduction to the rest of the album.” LOUDWIRE

“(…) Avatar’s music and their stage performance is ‘Metal Theater,’ and they not only fall into this category – this album defines it.” TATTOO.COM

“Avatar has only gotten weirder, wackier and more ambitious, not only pushing the over-the-top, operatic boundaries of their sound but also creating a whole imaginary ‘country’ in the process.” REVOLVER

“If Avatar Country isn’t recognized as a multi-faceted metallic gem, forget government: Your current hard-rock tastes might need to be overthrown.” ALTPRESS

“Avatar Country is the culmination of the group’s evolution into a singular powerhouse, a trip into the heart of what makes metal so distinctively powerful.” NEW NOISE MAGAZINE

“AVATAR’s career has blossomed as its allowed its adventurous spirit to wander.” BLABBERMOUTH 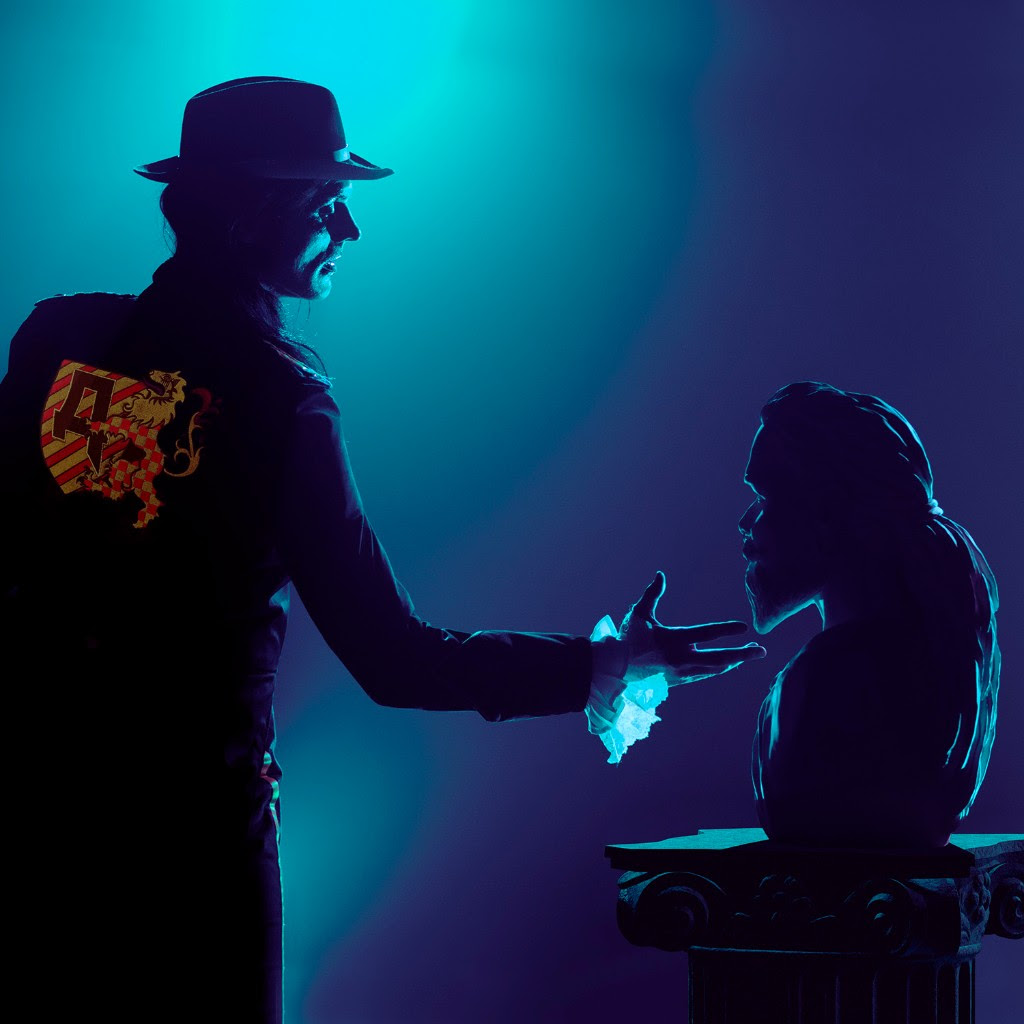 “Avatar Country” track-listing:
1. Glory To Our King
2. Legend of The King
3. The King Welcomes You To Avatar Country
4. King’s Harvest
5. The King Wants You
6. The King Speaks
7. A Statue of The King
8. King After King
9. Silent Songs of the King, Pt. 1 (Winter Comes When The King Dreams of Snow)
10. Silent Songs of the King, Pt. 2 (The King’s Palace)
AVATAR is:
Johannes Eckerström – Vocals
John Alfredsson – Drums
Henrik Sandelin – Bass
The King – Guitars
Tim Öhrström – Guitars