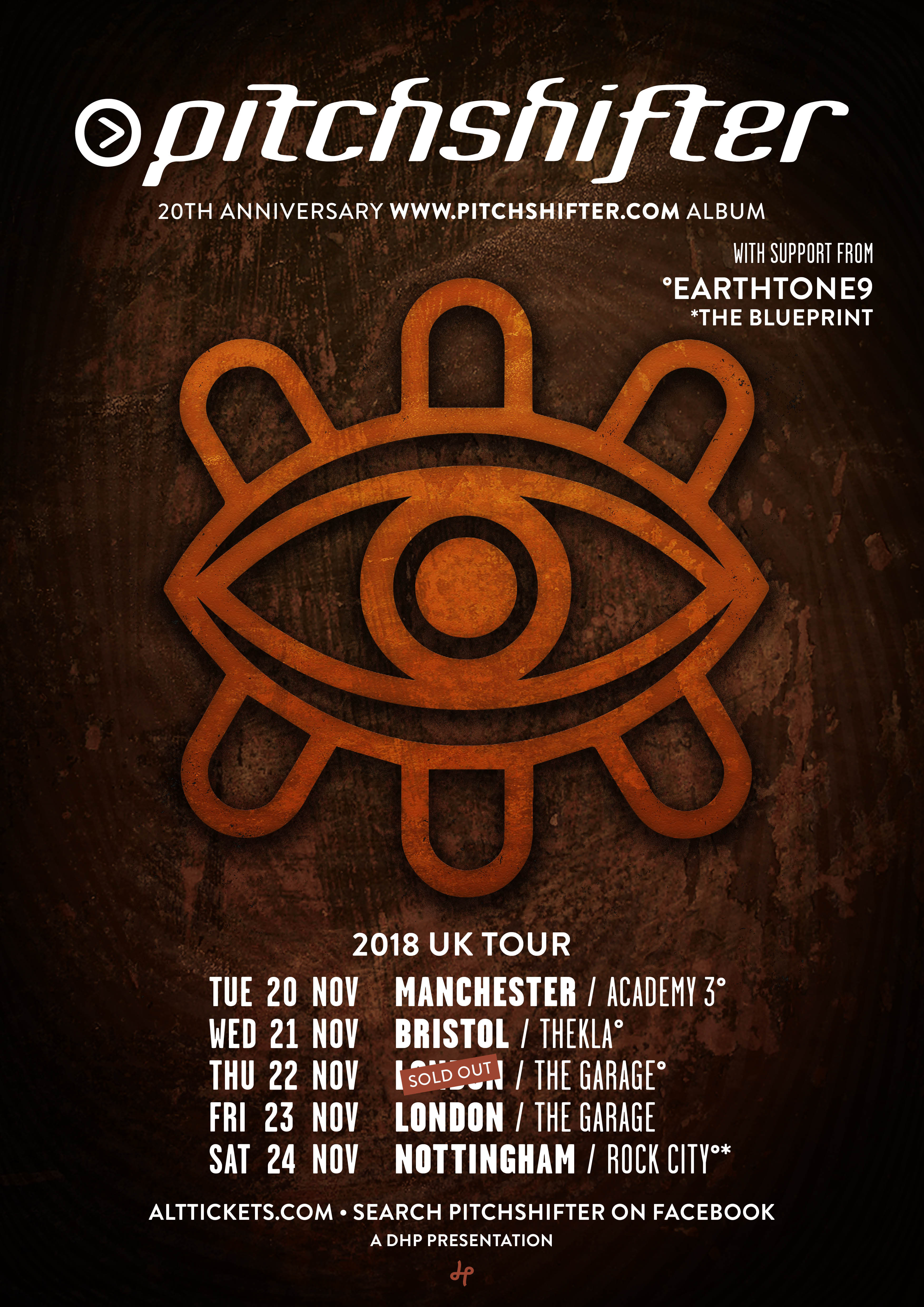 Since 1989, the band (renowned for their energetic live shows, on- and off-stage antics, crop circles, stage invasions, and being banned…), have played in 27 countries with the likes of Ozzy Osbourne, Deftones, Pantera, Black Sabbath, Queens of The Stoneage, Tool, Iggy Pop, Atari Teenage Riot, Bad Religion, Obituary, Carcass and Neurosis.

During that time, Pitchshifter have always continued to support new talent. In conjunction with this latest venture (an innovative and new UK music college has been set up by bassist MD Clayden: WaterBear, www.wbear.io), MD Clayden has announced that ALL of the opening slots on the upcoming Pitchshifter tour are available to local up-and-coming bands, for free.

For a chance to open at one of the shows, bands simply need to send a track, a video link, and a short biography to: mycareer@wbear.io before September 30th 2018.
Waterbear will vote on which bands make the cut and they’ll be added to the line up.

Main support on the tour comes for the mighty and unrivalled Earthtone9.

So what the are you waiting, for see you down the front!