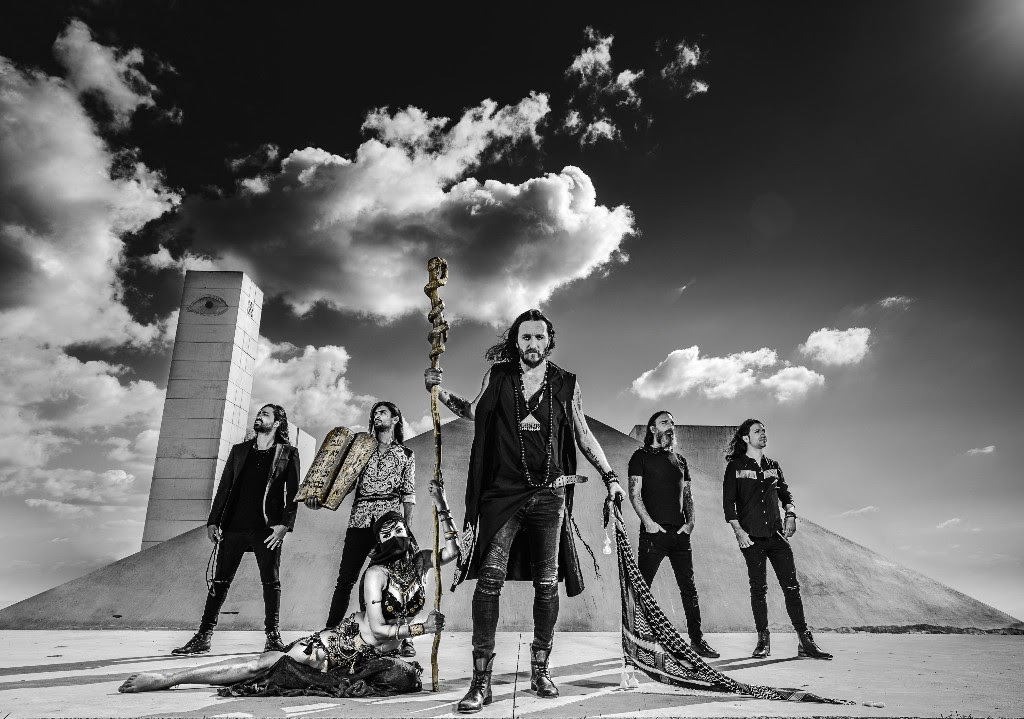 Germany’s Rockpalast has released “All Is One”, a documentary on Oriental metal pioneers ORPHANED LAND.

“All Is One” is more than the name of one of ORPHANED LAND’s albums. It is the quintet’s philosophy claiming that all three big religious groups – Christians, Muslims and Jews – are coming from the same origin. German filmmakers Ingo Schmoll and Conny Schiffbauer visited Israel to follow the band’s path and to get a personal insight view into the musician’s life by visiting the band members at home, getting to know their families and learning about their daily lives.

“In the documentary we are trying to take the audience beyond the endless discussions about the conflicts in the middle east by taking a far more human approach to it all“, the filmmakers explain.

Singer and frontman Kobi Farhi comments, “For the first time you can see a glimpse of our daily personal lives back at our home, and also a confession of me from the days I was a brainwashed extremist. This documentary is something you must see!”

Use one of the following links to watch the full one-hour documentary.

Use this link to direct you to a selection of streaming and download platforms and all physical formats of the abum:

Also check out the previously released songs and videos:

ORPHANED LAND are currently on tour in Europe. See below for the remaining dates!