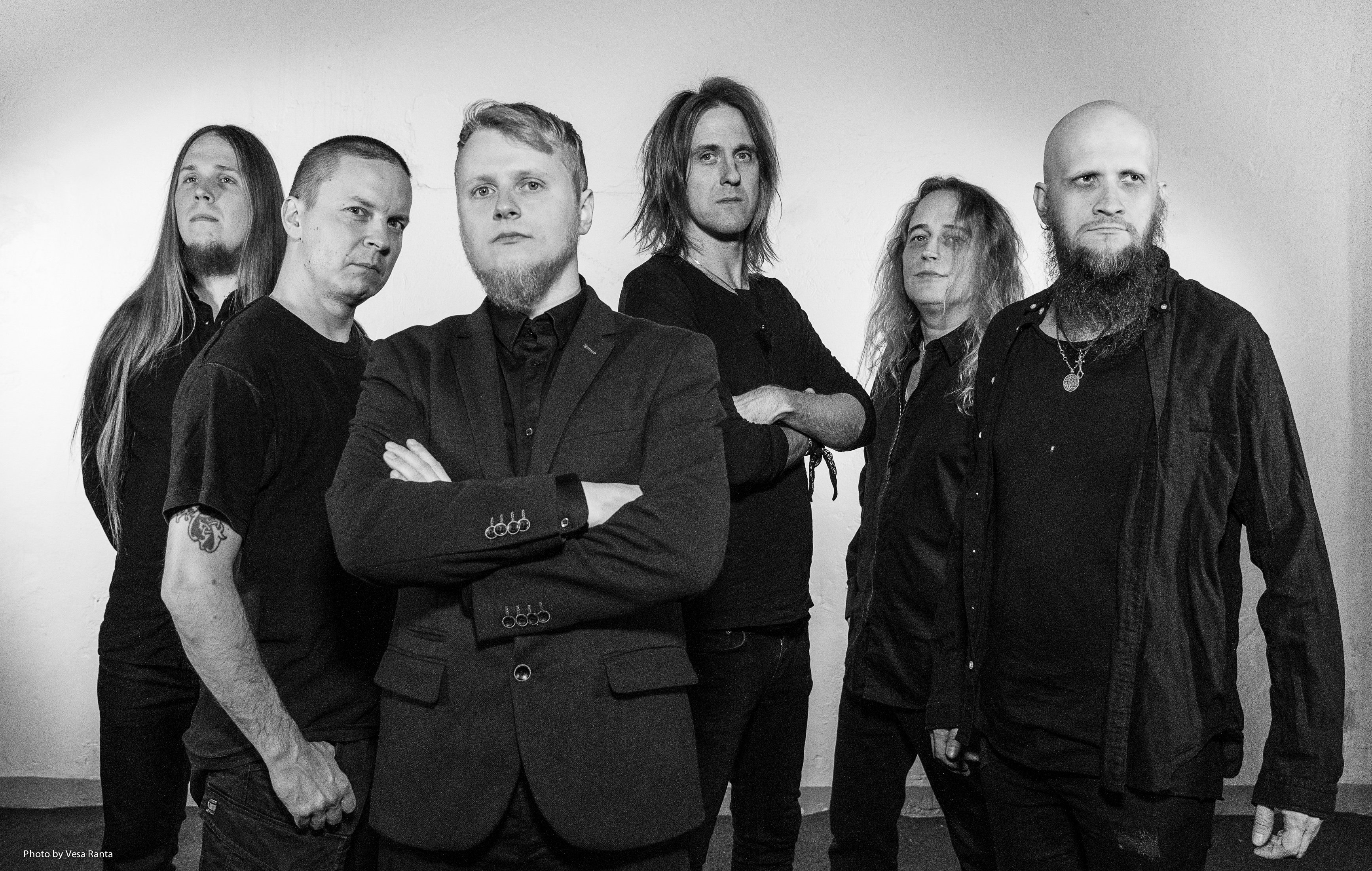 Finnish progressive death metal supergroup BARREN EARTH have released the brand new single and video for “The Ruby”, taken off their upcoming album, “A Complex Of Cages”, which will be released on March 30, 2018 via Century Media Records!

Watch the video for “The Ruby” here: https://youtu.be/Yvr9hL5hClM

Singer Jón Aldará comments, “This song concerns the inability to feel empathy for others or to care about the effects of one’s actions. It is seen through the mind of a person who is locked inside that isolating condition, while still wishing to fit into society and connect with others. In this instance, the ruby is a metaphor for an unliving, impenetrable heart. With the video, Vesa has tried to capture a quite simplistic, closed-in feeling to represent the concept of the song, but at the same time used the classic “band playing” format, since this the closest thing to a straightforward rocker that Barren Earth has ever made.”

The video was directed and produced by Vesa Ranta.

“The Ruby” is available as a digital single on all download and streaming platforms and as an Instant Grat Track on iTunes and Amazon. Preorders for all physical formats of “A Complex of Cages” are also available as of now.

Use the following link to direct you to selected download and streaming platforms or to preorder a physical copy of the album: https://BarrenEarth.lnk.to/AComplexOfCages