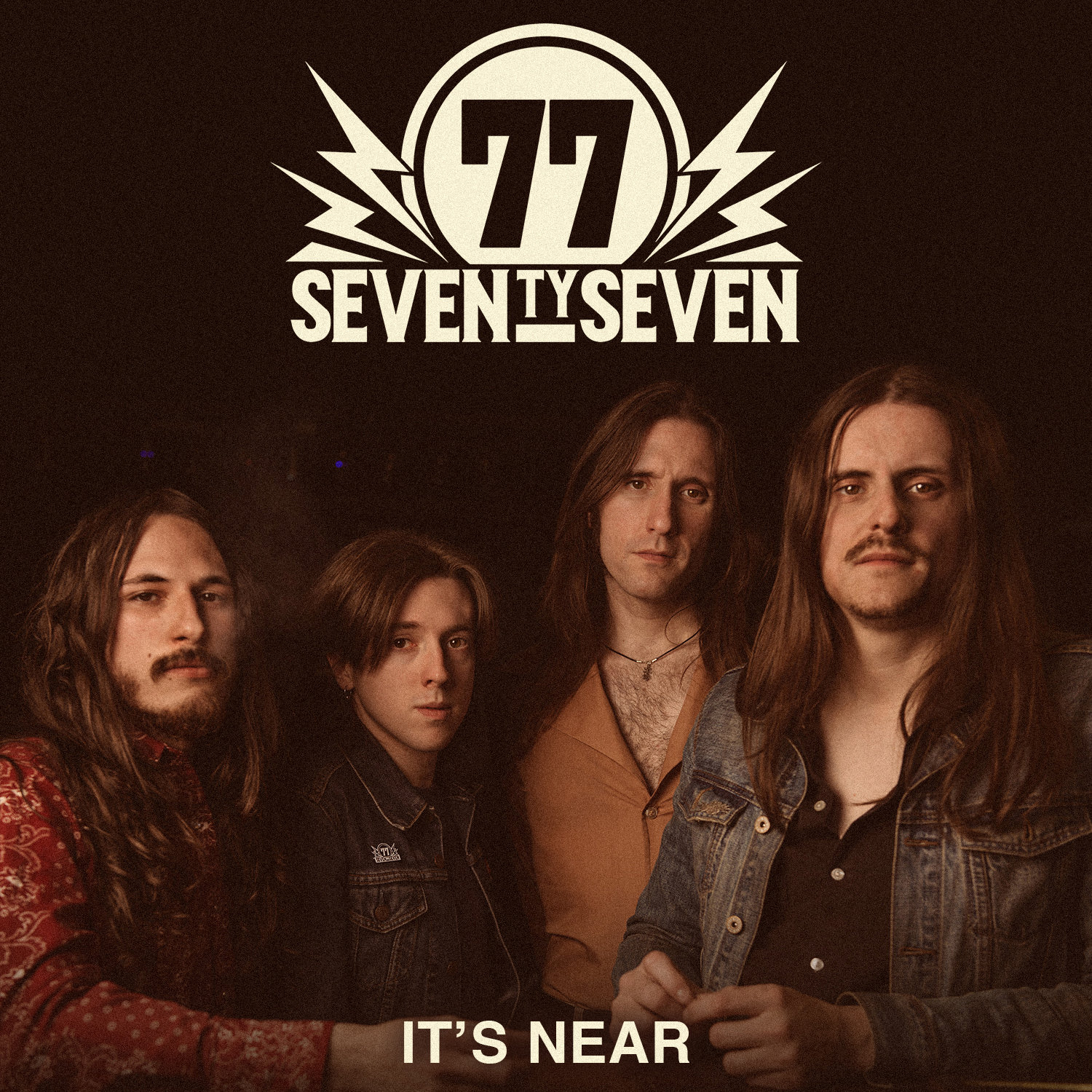 ’77 are thrilled to release ‘It’s Near’, the first song taken from their upcoming album, “Bright Gloom” which is scheduled for release on 27 April 2018 via Century Media Records.

Check out the video for “It’s Near” here: https://youtu.be/wQG6lYEZ9Ss

Talking about the song, the band says: “We are super excited to officially open the “Bright Gloom” period and show you what we have been working on. We think this song represents the album’s general duality in a perfect way: it still is ’77 rock n’ roll, but we pushed the boundaries harder than ever before on this album and came up with songs like ‘It’s Near’. We hope you like it and remember to make the riff great again, people!”

Find the first pre-orders already up under the following link: https://77.lnk.to/BrightGloom 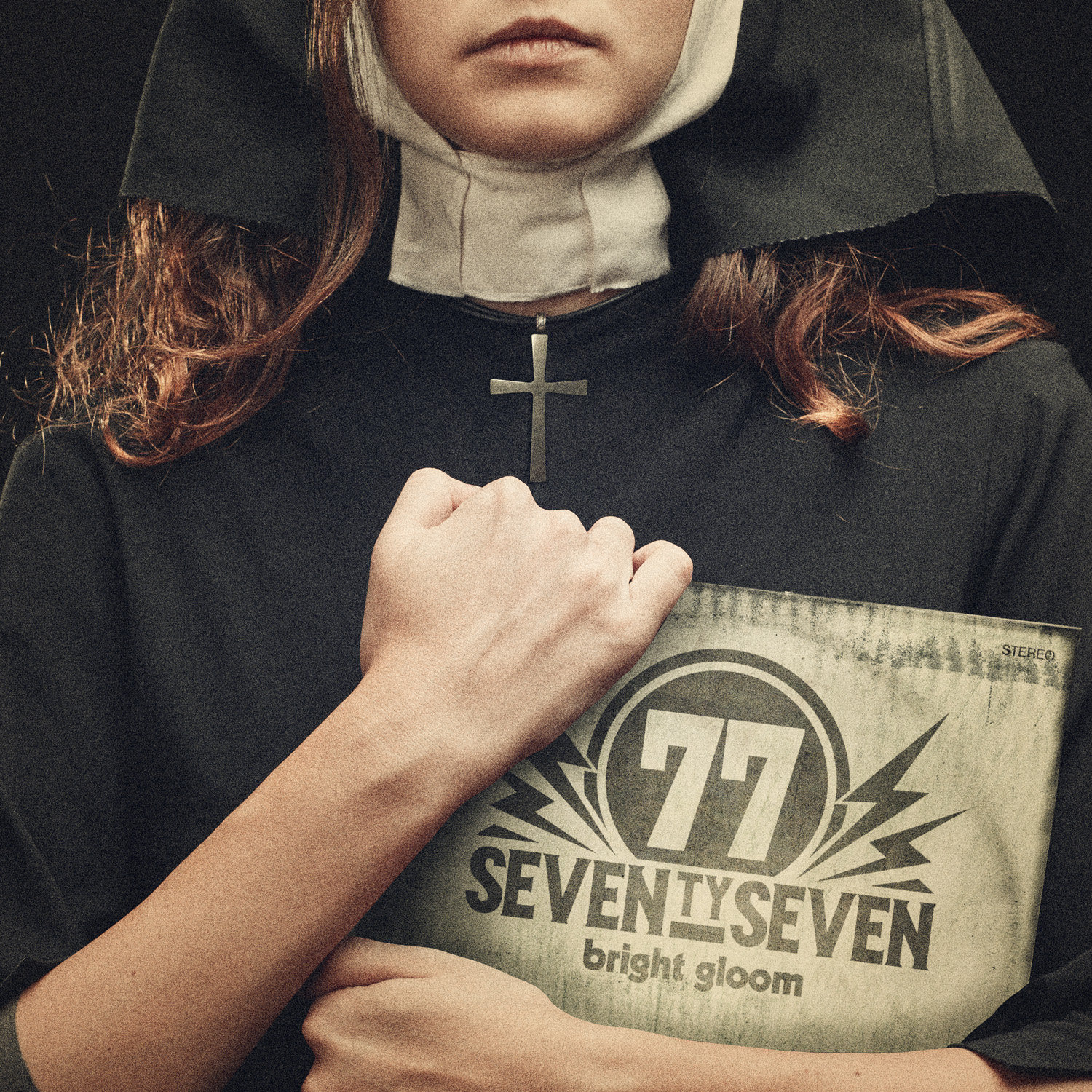 Since ’77 are true enthusiasts of rock it is no surprise that their new album “Bright Gloom” is the hard rock album that you would expect from the quartet surrounding the brothers Armand (lead singer/rhythm guitar) and LG (lead guitar/backing vocals) Valeta.

“This time we didn’t want to overthink and just play what comes natural to us”, explains LG. An approach that created two contrasting vibes on the album: a darker and a brighter atmosphere. “As we wanted to emphasize the concept of duality we came up with the album title, ‘Bright Gloom’.”

The album was recorded live onto tape in Brazil Studios in Madrid between November and December of 2017 with the well-known Spanish producer Raül Refree and Javier Ortiz as engineer assistant. “We mixed it from the 24track tape onto a 2 track tape with analogue gear such as compressors, EQs, tape delays and spring and plate reverbs. The analogue orgy really goes all the way, as the mastering by Alex Psaroudakis was done from a 1/4 inch tape onto a 1/2 inch tape and the vinyl master from the 1/2 inch tape straight into the lacquer.”
‘77 are no strangers to perfection. Ensuring that the album cover also mirrored the music and the (throwback) process by which it was put to wax, the group hired designer Pol Abran Cantador and Branca Studios, a graphic design firm bridging music, film, art, and culture using 1970’s aesthetics.   “Bright Gloom” is the first album with bassist Dani Martin. “We’ve known Dani for a long time now,” says LG. “He’s actually a big fan of the band. He even has ‘77 inked on his arm. He came to record a video of our show in Barcelona when we presented our ‘Maximum Rock’n’Roll’ album. He was also working in the same profession, so we met often. He’s a very easygoing guy, who fits pretty well in the ‘77 family.” That he’s “an authentic music freak, gear fan, and ‘70s lover” makes his homecoming on “Bright Gloom” all the more perfect.
The following live shows are already announced around the release of “Bright Gloom”:
Presented by: Guitar, Classic Rock
04.05.18 (DE) Osnabrück – Bastard Club
05.05.18 (DE) Düsseldorf – Pitcher
07.05.18 (DE) Frankfurt – Nachtleben
09.05.18 (DE) Hamburg – Astra Stube
10.05.18 (DE) Berlin – Maze
11.05.18 (DE) Sebnitz – Wonnemond Festival
14.05.18 (DE) München – Backstage Club