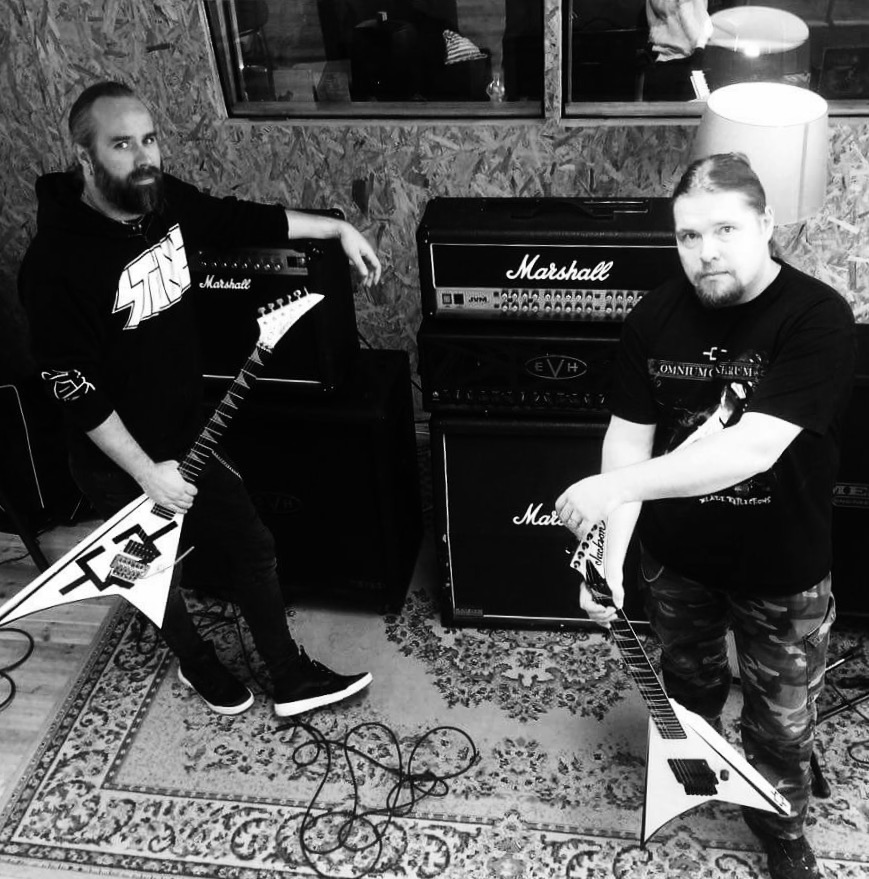 OMNIUM GATHERUM are currently working on their new album, which will be released in late summer 2018! Here is an update from guitarist Markus Vanhala:

“Greetings from the studio vaults! We’re busy at forging the new OMNIUM GATHERUM album during the Finnish winter madness season – hopes are high here, even though the outside temperature isn’t. A lot of special good stuff is going on, and new adventures are coming up for camp OG. We’re just in the middle of recording guitar and synth stuff for the next album, and all I can say is that this is gonna be  one bad-ass album. Again we trust our good ol’ tour de force of Teemu Aalto doing recording and producing, and Dan Swanö who will fix it in the mix and master the universe. Everything’s been going really well and easily so far with producing this successor for the successful ‘Grey Heavens’, and I’ll promise this album’s gonna beat the previous one for real! The league of angry old men are here for your enjoyment! Already at this early stage it seems like this is going to be OG’s epic guitar heroism magnum opus… Maybe, haha… Me and Joonas have found some great spirit of the lost shred guys. All hail the almighty guitar and heavy metal!”

After the recording process of the album, OMNIUM GATHERUM will escape from the studio to get back on the road again. “We enjoyed the Finnish-Icelandese rivalry of the ‘Arctic Circle Alliance’ European tour last year with Skalmöld and Stam1na so much that we wanted to do a European round 2. This time we’ll go to the islands of United Kingdom and Ireland, and also Scandinavia including Denmark, Sweden and Norway.”